February 05, 2023
Home Diet Plan Diet by DNA: Is the Best Way to Eat Written in Your Genes? – Discover Magazine 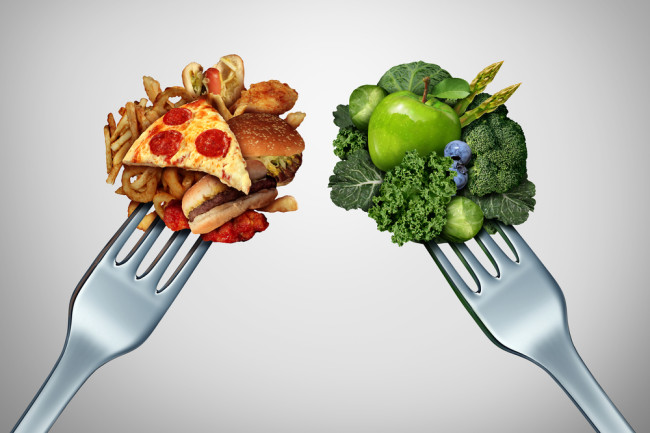 DNA test kits promise to help craft your diet using the most personal thing about you: your genes. And they’re growing in popularity among consumers eager for a new path to wellness — one that’s tailored specifically to them. The idea is that everyone’s genes are unique, so everyone must have a different set of nutritional requirements to achieve optimal health.

Proponents say the analysis provided by DNA kits offers a new way to look at nutrition. “We can personalize shoes and personalize clothing, and it’s a no brainer that everybody needs their own kind of lifestyle solution, but it wasn’t until recently that people [realized], ‘We actually need to have personalized nutrition,’” says Sherry Zhang, CEO and co-founder of GenoPalate, a DNA test kit company. On its website, the company says its services offer a way to “discover the healthiest foods for you, based on your genes.”

But this fusion of genetics with nutrition — an emerging field called nutrigenomics — can get fuzzy on the hard science. Zhang — who studied microbiology and holds a doctorate in molecular biology — as well as other scientists, generally agree that everyone’s genes hold a small number of variations that affect how their body metabolizes nutrients like carbohydrates, fats and minerals. While this might be true, critics say that the extent to which “gene-based” food recommendations actually influence measures of one’s overall health — blood pressure, diabetes risk, weight, and so on — might be overblown.

“My concern about these kits is that they are presented as if there is a strong effect size, meaning there will be a perceptible difference to an individual if they follow a diet that is guided by the results of these genetic kits,” says Venkatesh Murthy, a cardiologist who also teaches at the Frankel Cardiovascular Center at the University of Michigan. “In general, the effect sizes have been small and often not statistically significant. And so the idea that you could go even more deeply and tell someone, not just ‘avoid carbs,’ but which type of specific foods to eat? I think we’re really far from that.”

For as little as $40, a person can buy a DNA kit from companies such as myDNA, DNAFit or GenoPalate, and get an analysis on the best foods to eat for their genetic makeup. Some companies also offer personalized recommendations around fitness, skincare and recipes.

If they prefer, customers can generally import data from other large players in genetic testing, such as 23andMe or AncestryDNA, for their DNA diet analysis. GenoPalate, for example, analyzes upward of 100 genetic variants — essentially, variations on the way genes are expressed — that they interpret and then create a list of diet and food recommendations.

For example, people who carry type CC of the APOC3 gene, which influences triglyceride processing, might be told to follow a lower-fat diet. That’s because the type CC variation has been associated with elevated levels of LDL cholesterol (the bad kind) when following higher-fat diets. But it’s unclear whether advice from DNA tests is more helpful than traditional advice — after all, everyone should limit their saturated fats.

Studies on the role of genes on health haven’t found that genes can reliably predict the effects of a diet. The PREDICT-1 study from Kings’ College London, for example, analyzed the food intake of 110 identical twin pairs in a clinical setting to find that participants had varying metabolic responses to food depending on meal content, meal context, and non-genetic “individual baseline characteristics,” like body composition and metabolites found in the body’s cells. Less than 30 percent of the variation had to do with the macronutrients of the meals (carbs, proteins and fats), which are a big part of the DNA diet kit recommendations.

A 2015 review of studies published in the OMICS: A Journal of Integrative Biology explored the role of 38 genes commonly analyzed in nutrigenomics tests, using data from over 500,000 individuals. The review found that there was not a significant relationship between these genes and health outcomes. Another study in JAMA found that genotype didn’t significantly account for weight loss when participants tried low-carb or low-fat diets.

Many nutrigenomics companies list studies on their website to back up their claims. Often, the studies that are cited generally support the link between certain gene variants and how they might influence a person’s response to a low-fat diet, or one that’s high in protein. But the extent to which genetic differences interact with diet is unclear. Another problem is that there are few clinical trials that actually measure the effectiveness of DNA-tailored diets as compared with other approaches. “The differences between one person and another are really fairly small … when compared to the impact of how we eat, what we eat, and what our [food] preferences are that we get from our culture and how we were raised,” says Murthy.

Zhang doesn’t disagree. “Obviously, it’s a very complex picture,” she says. “At the end of the day, we want to help people do better and be more successful, feeling better, healthier. So if that’s our goal, we need to address not only genetics, but also non-genomic genetics, or environmental lifestyle preferences, social determinants of health, all this information together.”

That’s not to say that genes are irrelevant. For instance, genes are known to play a role in someone developing Type 1 diabetes, a condition in which a person’s pancreas produces little or no insulin. Lactose tolerance also is an inherited genetic trait. Managing these conditions often includes modifying and monitoring one’s diet. Some evidence might suggest genetic variants play a role in a person’s response to a certain kind of diet, like high-protein, for example, or their predisposition for obesity.

A pie chart referenced in government public policy materials estimated that “genetics and biology” accounted for only 10 percent of someone’s overall health. On the other hand, behaviors, social and economic factors together make up 70 percent. Yet the allure of customized diet advice is hard to resist for dieters who have heard the same old thing from every doctor they visit. People have also come to understand “health” and “wellness” as “weight loss.”

“There’s definitely this, sort of, very careful but easily misunderstood wording, that ‘this would make a major difference’ and that you’ve probably been previously dieting the wrong way,” says Murthy.

At the end of the day, it’s really not about the hand your genetic fate has dealt you; but rather, what you chose to do day-to-day for your health. “A lot of the times when people feel like they haven’t dieted and been successful with that diet, that comes down to one recognition that this is truly a hard thing to do — to lose meaningful amounts of weight and to maintain it,” says Murthy.

Even Zhang says even though she tries to stick to her GenoPalate recommendations, “I sometimes still cheat a little bit,” she says, “because I love ice cream.”