January 28, 2022
Home Health News Despite promises of solidarity on Covid-19, rich countries are snapping up the supply of promising vaccines – CNN 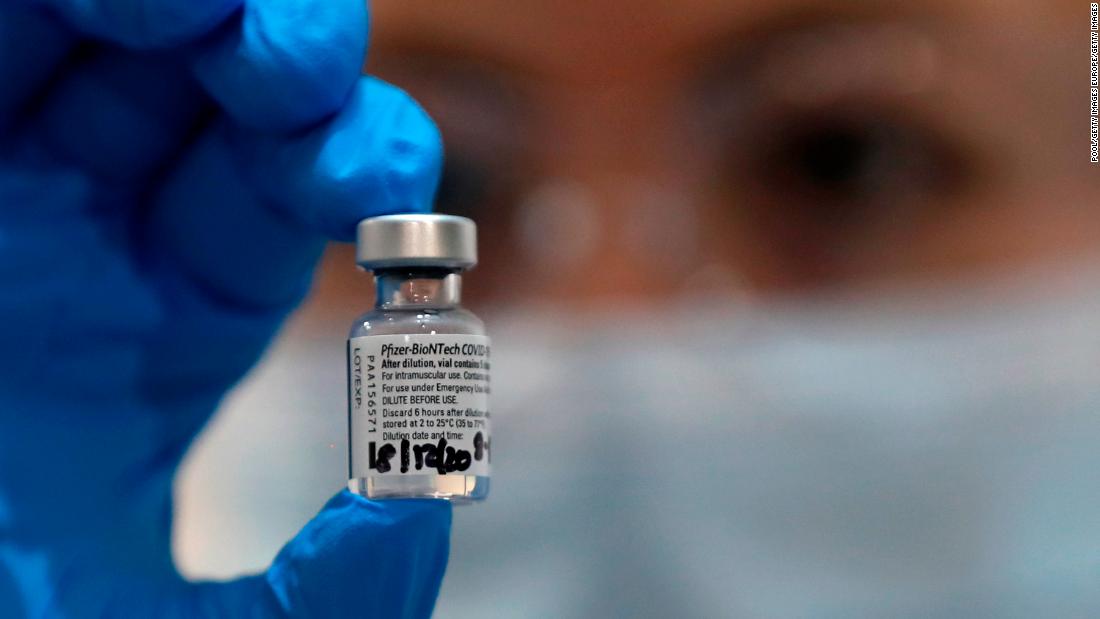 Tough months lie ahead, but the rollout of the first vaccine in record time and the likely imminent approvals of others, is a turning point for wealthy countries that can afford vaccines.
But for public health officials in the developing world, it is a harsh reminder that the race to end this deadly pandemic will separate the world’s haves and the have-nots.
The alleged Covid-19 vaccine hoarding and bitter experience of past inequalities leave many feeling cynical about global solidarity.

Rich countries have been on a vaccine shopping spree for months. A continuously updated database compiled by the Duke Global Health Innovation Center shows bilateral deals worth billions of dollars by a handful of countries for emerging vaccines.
Several countries and regional blocks have preordered vaccines that could cover far more than their entire populations. The People’s Vaccine Alliance, an international vaccine watchdog that includes Amnesty International and Oxfam, said this past week that rich countries have bought enough Covid-19 vaccine doses to immunize their populations three times over.
The Canadian government alone has secured enough inoculations to vaccinate their citizens five or even six times over, though not all the vaccine candidates it preordered may be approved for usage.
The Alliance’s data shows that while the world’s wealthiest nations are snapping up deals, nearly 70 poor countries will only be able to vaccinate one in 10 people at best during 2021.
“It is disappointing that despite the intent to get equity across the globe, that vaccine nationalism rules supreme,” said the University of Cape Town’s Professor Gregory Hussey, who is on the ministerial committee to advise the South African government on access to a Covid-19 vaccine.
Speaking to CNN on Thursday, the head of the Africa Centres for Disease Control and Prevention John Nkengasong said the inability for poorer countries to access vaccines would be “catastrophic.”
“The moment that we have all talked about, of global solidarity and global cooperation, is now. The litmus test is actually now. It makes absolutely no moral sense to have excess doses of vaccines in certain countries and absolutely no doses of vaccines in other areas of the world,” he said.

As the novel coronavirus ripped through countries and filled up hospitals earlier this year, a global effort emerged to roll out eventual vaccines for everyone.
The compact is called COVAX and is led by Gavi, the Vaccine Alliance. It runs on two tracks. High and middle-income countries have committed substantial funding to ensure access to vaccines and vaccine manufacturing in an equitable fashion. Poorer countries, mostly on the African continent, have signed up to a separate COVAX facility to secure vaccines. These vaccines will be funded by development agencies and donations from groups like the Bill and Melinda Gates foundation.
So far, 189 countries and territories have signed up to the two facilities. Notably absent are the United States and Russia.
This past week Dr. Anthony Fauci, the top US infectious diseases expert who said he was speaking in his personal capacity, stated that his country has a “moral responsibility” to ensure that Covid-19 vaccines are fairly distributed, contradicting the outgoing President Donald Trump’s largely symbolic executive order calling for Americans to get vaccines first.
Equitable access to vaccines isn’t necessarily just an issue of money. A spokesperson for Gavi said the alliance has raised more than $2 billion to purchase vaccines for the poorest countries and need to raise more than $5 billion by the end of next year.
“Our priority remains securing the financing needed to ensure these countries receive rapid access to Covid-19 vaccine candidates through the COVAX Facility,” the spokesperson told CNN.
But money can’t buy vaccines that have already been sold.
And key contributors to COVAX, like the EU, UK and Canada, have done some of the largest bilateral deals with pharmaceutical companies. The People’s Vaccine Alliance argues that these deals could undermine the COVAX pact they have been funding.
In fact, Canada is one of the largest donors to the COVAX program to allow equitable access to poorer countries.
In an interview on Friday, Canada’s Minister of International Development Karina Gould said her country needed to hedge its bets because most vaccines are still in development and thus only theoretical.
“We have entered into agreements with a number of different vaccine companies, just like the COVAX facility is doing, recognizing that not all of these vaccines might be successful,” she said, adding that the government is committed to equitable and affordable access to the vaccine.
“We are not a country that is isolated from the world. We have friends and family and business partners in every region of the world. We could just vaccinate Canadians and make them safe, but we don’t want to be disconnected from the world,” Gould said.
Dr. Richard Mihingo, the coordinator of Immunization and Vaccine Development at the World Health Organization (WHO) Africa region, said he understood that countries needed to ensure that their own citizens get vaccinated. He called the bilateral deals a “sad reality.”
“It is one thing to raise money, it is another to get access to the product. The funding is not enough if there is no supply. This complicates the situation,” he said.
The goal of WHO is to vaccinate 20% of the population in the Africa region by the end of 2020, but more meaningful coverage could take two to three years.
Mihingo believes the public health impacts could be severe if the virus festers in regions that fail to secure a vaccine.

African public health officials and scientists still remember the years-long tooth-and-nail fight to access life-saving drugs to combat HIV/Aids long after they were available in the West. More recently, despite similar talk of solidarity, the H1N1 flu vaccine arrived on the continent months after the peak of the epidemic in 2009.
Hussey believes that the Covid-19 vaccine debate will revive these painful memories. “This is not a new phenomenon. It has played itself out many times in the past,” he said.
There are numerous other historical and contemporary examples of life-saving drugs made available to the wealthy but not to the poor.
If the moral argument can’t win over solidarity, officials on the continent hope the public health argument will do so. Stamping out Covid-19 everywhere is an epidemiological necessity.
“Until everybody is protected, nobody can be safe. We are living in an interconnected world and even if those countries can protect themselves, they will be living on an island. We need a world where we can interact. Not just socially, but economically,” Mihingo said.
The long-term impact of any vaccination lag in poor countries will widen global inequalities, he believes.
Mihingo said that as rich countries vaccinate their citizens, it is likely that vaccine passports will become necessary for travel, study and commerce. This has already been tested by the Australian airline Qantas.
It would be just one way that developing countries could be locked out as the rest of the world opens up. “It reminds me of the old apartheid days where a black African needed a pass to get out of his ghetto and get into the city. The notion of no one left behind, it is a lot of balderdash at the end of the day,” Hussey, the University of Cape Town’s professor, said.

A window to get it right

Despite the extreme squeeze on vaccine supply, the goal of COVAX is to deliver nearly 1 billion vaccine doses to lower-income countries by the end of 2021.
Public health officials who spoke to CNN hope that wealthy countries will shift their unused orders into COVAX.
Gould said it’s too early to make those assurances, but that the Canadian government is in active discussions with COVAX on what a donation mechanism would look like.
Even if vaccines are shared, not all of them are suitable for low-income countries. The Pfizer/BioNTech and the Moderna vaccines are expensive and require extreme cold storage, a challenge for countries with limited health infrastructure.
The Chinese Sinopharm vaccine efficacy data is yet to be shared publicly, but Chinese officials are pushing it hard as a possible solution for low-income countries.
And while Johnson and Johnson has done a deal with South African pharmaceutical company Aspen Pharmacare to manufacture its vaccine, there is no guarantee those doses will go to the continent.
Perhaps the most promising early solution for low-income countries is the University of Oxford/Astrazeneca vaccine, the only one to date to have its efficacy and safety peer-reviewed.
The vaccine can be transported using basic refrigeration and 1 billion doses of the vaccine will be manufactured by the Serum institute in India and should be provided at manufacturing cost to poorer countries through COVAX.
Despite those commitments, billions more doses of the Oxford vaccine have already been committed elsewhere through bilateral deals.
Mihingo says the next few months will be critical to ensure that most of the world’s population isn’t left behind in the biggest vaccination drive of our time — for everyone’s sake.
“We must provide the minimum supply to low-income countries to ensure they can not only protect the lives of the most vulnerable, but also open up to opportunities to commerce and help lift themselves out of poverty,” he said.

[ad_1] As the world awaits the arrival of a safe and effective coronavirus vaccine, …