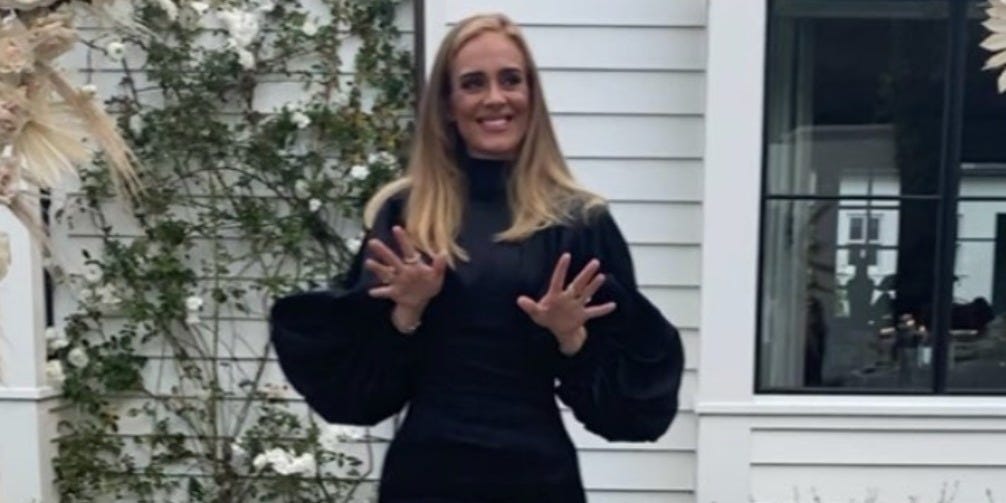 After Adele made headlines again for her weight loss, there has been an uptick in interest in the eating plan she is said to have relied on.

The “sirtfoods” diet isn’t new, and Adele herself has not recommended it over even spoken about it, but Google Trends showed interest for the term spiking this month as Adele’s birthday Instagram post dominated the internet.

The concept was popularized in 2016 in a book titled “The Sirtfood Diet” by the pharmacist Aidan Goggins and the nutritionist Glen Matten.

It involves eating foods that activate a protein called sirtuin, hence the name, and cutting calories for weight loss.

But, while the foods included in the diet are healthy, it could have some drawbacks by restricting what and how much you can eat, potentially making it tricky to follow in the long term.

Blueberries, strawberries, red wine, and dark chocolate are just a few examples of the most appealing sirtfoods you can enjoy on the diet. Other foods that boost sirtuin are green tea, onions, celery, parsley, arugula, and kale, walnuts, buckwheat, and citrus fruits.

There’s some research that sirtuin-boosting foods can help mediate the metabolism and could have benefits for extending your life, though there’s not yet enough data for fully understand how that might work.

Proponents of sirtfoods have also cited the fact that many of them (such as wine and leafy greens) are common in so-called Blue Zones, areas of the world where people tend to live the longest.

Many of these foods high in healthy compounds, including vitamins and micronutrients called polyphenols, substances found in plant foods that research suggests can have antioxidant and anti-inflammatory effects, helping to reduce the risk of many chronic illnesses and ailments associated with aging.

But a strict diet of fewer than 1,500 calories a day can be risky and isn’t sustainable, experts say

While these foods are individually health and fine to include in your diet, there’s no evidence that specifically eating only sirtfoods is good for you. Plus, there’s a lot of foods and nutrients that are left out of that list, including protein sources from chicken to beans, healthy fats, and whole grains.

Fewer than 1,500 to 1,200 calories can put you at risk of malnutrition, according to Harvard Health. Any diet that cuts calories so strictly is also very difficult to follow in the long term, the nutritionist Rachael Hartley previously told Insider.

“A thousand calories is under the daily amount recommended for a 2-year-old. So for an adult eating that and expecting to fuel their day, you might not keel over, but you’re not going to have the energy to perform at your best,” Hartley said.

It can also be risky for people with a history of eating disorders or who otherwise have a fraught relationship with food.

So, while it’s fine to include a little more green tea, berries, and yes, even wine with your daily meals, it’s still best to consult a nutrition expert, such as a registered dietitian, before jumping into the latest fad diet.