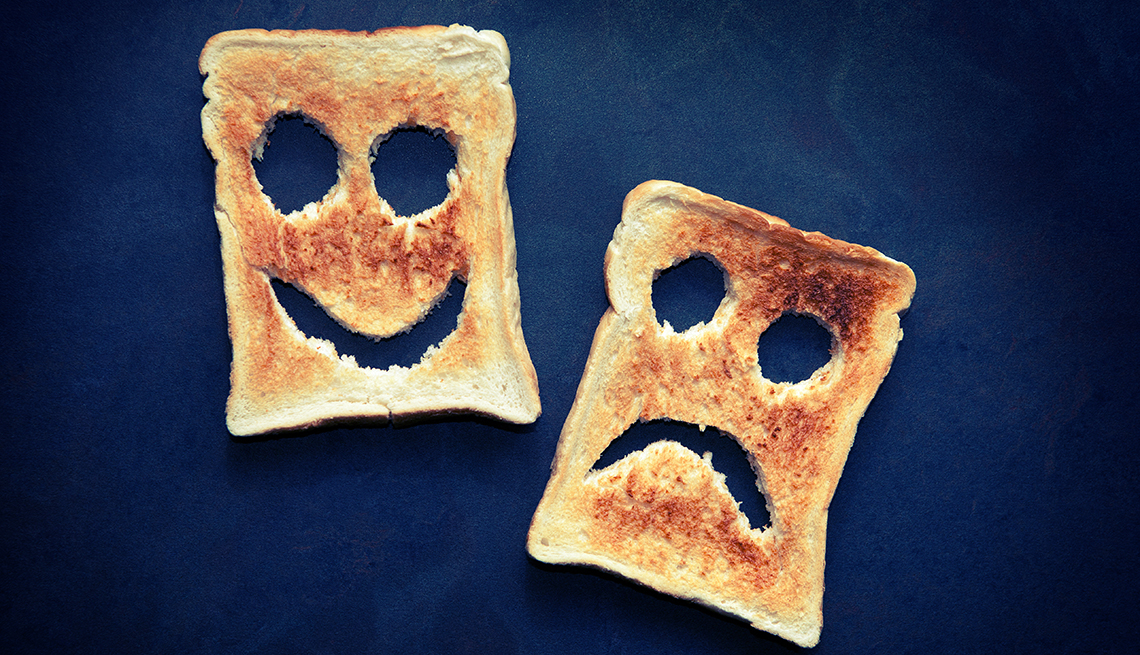 1. Myth: All calories are the same, whether from whole foods or processed ones.

Reality: Nope. While a 100-calorie candy bar and a 100-calorie apple contain the same amount of energy, the source of each calorie changes how your body digests and uses it.

Your body has to work harder to process whole foods such as vegetables and legumes than it does for packaged foods like crackers and sugary cereal, says Angela Fitch, M.D., associate director of the Massachusetts General Hospital Weight Center, an assistant professor at the Harvard Medical School and vice president of the Obesity Medicine Association.

“If I eat Cheerios, by the time it gets to my belly, there’s no processing that needs to happen,” Fitch explains. “But if I eat quinoa or beans, my body has to break that down.” You expend more energy breaking down unprocessed food and protein than processed fare, which means eating things found in nature, not made by humans, is the better dieting strategy.

2. Myth: Losing weight is all about willpower.

Reality: “Physiologically, as humans, we are not created to lose weight,” Fitch notes. Hanging on to fat helped our ancestors survive, so we have evolved to keep the weight we gain. “I tell people struggling to lose weight that it’s your chemistry, not your character,” she says.

Yes, some people may be blessed with a faster metabolism that helps them shed pounds a little easier than others. But metabolism tends to slow down as we age, making it even more difficult to lose those pesky extra pounds.

And when people do lose a lot of weight quickly, their bodies try to return to their previous “set point.” This could also affect their metabolism and make them feel hungrier. Indeed, a study by the National Institutes of Health (NIH) found that for every two pounds lost, participants ate about 100 calories more later on.

Michael Greger, M.D., author of How Not to Diet, puts it this way: “The battle of the bulge is a battle against biology, so obesity is not some moral failing. I can’t stress enough that becoming overweight is a normal, natural response to the abnormal, unnatural ubiquity of calorie-dense, sugary and fatty foods.”

Our weight-loving genes, combined with easy access to fast food, candy and other unhealthy food, may indeed explain why nearly 40 percent of Americans are overweight and almost 8 percent are severely obese, according to a study in JAMA. So what can you do? Greger espouses a plant-based diet to help keep you at a healthy weight. Ditch the processed food, and make sweet stuff like cake and ice cream an occasional treat.

She adds: “What we do know is that different people like different routines that keep them in a calorie balance. The key is that whatever you do, you have to like it enough to stick with it.”

For health benefits, a high-carb diet including sweet potatoes, winter squash, peas and corn, legumes, fruit, oats, wheat, quinoa and high-protein foods such as yogurt is preferable to one of processed foods, refined grains and sugary drinks.

4. Myth: If you really want to lose weight, you ultimately have to go on a diet.

Reality: “A thoughtful, proactive plan on how to manage your food intake is not a bad thing,” says Scott Kahan, M.D., director of the National Center for Weight and Wellness, based in Washington, D.C. “The problem is that we’re overwhelmed with all sorts of fads and schemes that are rarely helpful and that often lead to throwing our hands up like there’s no point in doing anything.”

What’s more, though people think they can diet temporarily and lose weight, the majority gain it back. Lasting results depend on incorporating healthy eating into your lifestyle long-term, Greger says. “Permanent weight loss requires permanent dietary change,” he emphasizes. “Healthier habits need to become a way of life.”

To make this possible, let your friends and family know you’re trying to make good food choices, and try to leverage them to keep you accountable. Keep a daily food journal, make sure you get enough sleep, drink lots of water, and move at least 30 minutes a day. Finally, think of weight loss as a lifestyle choice, recommends Bridgette Agee, RN, director of the Bariatric Program at the Marina Weight Loss Center at Cedars-Sinai Marina del Rey Hospital.

5. Myth: Eating smaller meals more frequently is one of the best ways to control your appetite.

Reality: The underlying premise here is that eating small meals throughout the day controls your appetite because your blood glucose (or blood sugar level) is more stable and doesn’t drop, which causes a spike in hunger. But assuming you eat the same number of calories, it doesn’t matter if you graze or gorge, according to a study by researchers at the University of Ottawa’s School of Human Kinetics. Another study, published in The Journal of Nutrition, actually found the opposite of this myth: that eating more frequent and smaller meals made people want to consume more.

“This doesn’t mean you need to eat three meals a day, necessarily,” Kahan says. “Some people find it easier to eat in nontraditional ways. This is fine. Just don’t expect a miracle.”

Reality: “If you enjoy juicing because you like drinking the juice, have at it. But don’t get swept up by claims of dramatic magic weight loss,” Kahan says. Often, the drop you will see will be “just water weight.”

Also, keep in mind that juice is typically high in calories, so it’s best to keep your intake moderate at most. There are also health risks to juicing, Kahan adds, such as electrolyte imbalance, potential dehydration as your intestines empty and even kidney issues (juices made from foods such as spinach and beets, which are high in oxalate, a natural substance, can cause kidney problems).