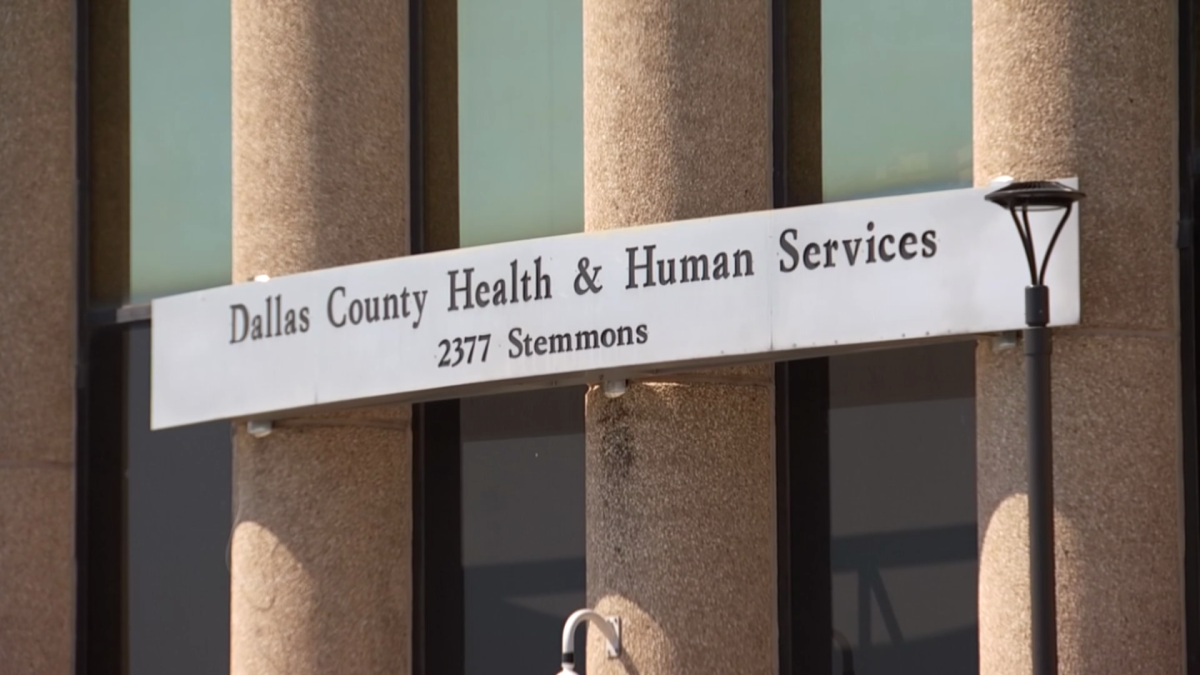 Dallas County is reporting “record-high numbers of COVID-19 inpatients in Dallas County” Tuesday along with nine more deaths and 1,077 new confirmed cases of the infection.

Dallas County officials said in a statement there were 756 people in acute care for COVID-19, close to 100 more hospitalizations than the day before. The county also reported “604 emergency room visits in the 24 hour period ending Monday, July 6” — representing 30% of all ER visits in the county.

“Please wear your mask whenever around people outside your family and please take a face covering with you, even when going out to exercise as you may find yourself bumping into other people or unexpectedly around others,” Jenkins said.

Nine people whose ages ranged from their 60s to their 90s are among the latest North Texans to die after contracting the virus, most of whom, officials said, did not have underlying health conditions. The latest victims include:

The county has now accumulated more than 28,100 cases of the virus since testing began in March. There have been 410 deaths attributed in the county to the virus, which, according to Dallas County Health and Human Services Director Dr. Philip Huang, is now the third leading cause of death in the county behind diseases of the heart and cancers.

According to the Texas Department of State Health Services, an estimated 15,367 people (through Tuesday) in the county have recovered from the virus leaving an estimated 12,354 known patients fighting the infection.

Already, Gov. Greg Abbott (R) has shut down bars and mandated face coverings in counties with 20 or more cases. But Jenkins has asked the governor to do more by closing bowling alleys, amusement parks, concert venues, gyms and indoor restaurant dining. And that’s just naming a few on a list of suggested measures.

“Hopefully our public can see that it is time for us to essentially limit all of our activity to absolute necessities,” said Jenkins on Monday. “If the governor says, ‘Let’s leave the restaurants open for another week or two and let’s just see what happens,’ well we know what will happen.”

A spokesman with Abbott’s office had this to say to NBC 5 over the phone Monday: “The governor is listening to the advice of doctors and following data which is why he closed bars. He will continue to make his decisions based on the data.”

As for the numbers, Jenkins said the case numbers being reported at least a week behind the actual testing date, so we should brace ourselves. He’s urging Dallas County residents to act as if more restrictions are in place whether the governor implements them or not.

“The next two weeks, probably this entire month will be
bumpy, it will be tough,” he said. “No reason to wait on politicians. We all need
to do our very best to keep ourselves safe right now.”

County officials said last week more than half of the new cases reported have been young adults between the ages of 18 and 39.

To date, of cases requiring hospitalization who reported employment, 83% have been critical infrastructure workers, with a broad range of affected occupational sectors, including healthcare, transportation, food and agriculture, public works, finance, communications, clergy, first responders and other essential functions.

Of cases requiring hospitalization, two-thirds have been under 65 years of age, and about half do not have high-risk chronic health conditions. Diabetes has been an underlying high-risk health condition reported in about a third of all hospitalized patients with COVID-19.

The county has been reporting for several weeks now that more than a third of the deaths related to COVID-19 have been among residents of long-term care facilities.

[ad_1] Weight Loss Tips: Check out some healthy food combinations that can speed up …