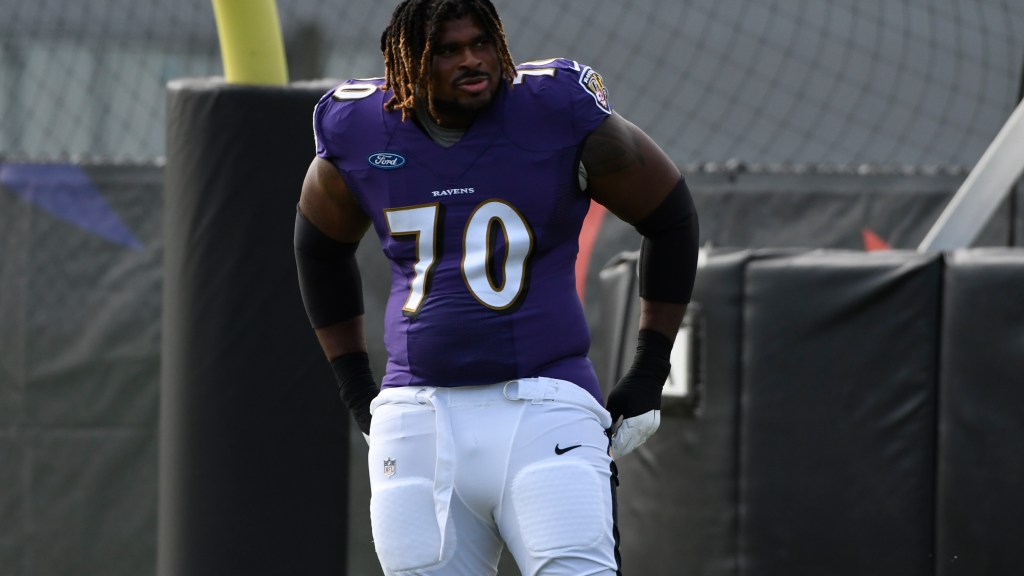 As I noted on the first day of training camp practice with pads on, Baltimore Ravens guard D.J. Fluker is a massive human being. Even among the ridiculously large offensive linemen, Fluker stands out like an adult at a kid’s birthday party. But for how big Fluker is, he used to be a lot larger.

Fluker posted videos of his workouts this offseason and they’re clearly intense. Between <a href=”

The end result is a slightly thinner but far more toned Fluker, who said he’s coming into training camp in the best shape of his life. It’s not just talk though, it certainly looks like a brand new version of Fluker. Just take a look at him from training camp this week compared to how he looked at this time last year:

Fluker believes the improved physique has him moving “like water,” while improving his explosiveness, reach, and ability to get to the next level on run plays. If what Fluker said translates to the field, he could be in for a career resurgence after a few injury-laden years with the Seattle Seahawks.

For the Ravens, Fluker showing up in great shape gives them hope they can at least manage Marshal Yanda’s retirement. Though Fluker acknowledged there’s no replacing a guy like Yanda, Fluker’s renewed vigor should make the competition for the open right guard job better. At this time of the year, that’s all a team can hope for.