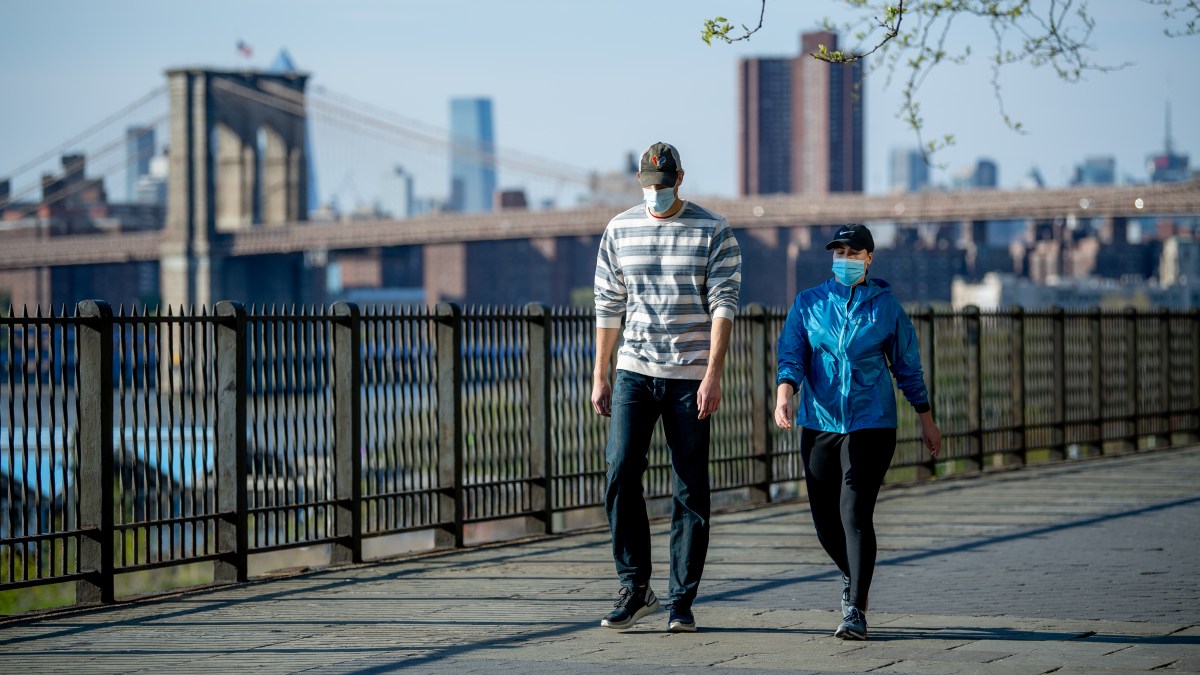 New York faces a pivotal week in its months-long fight against the coronavirus, with a number of lesser-impacted regions racing to meet Gov. Andrew Cuomo’s requirements to start reopening after his “PAUSE” order expires on Friday.

The governor is expected to provide a crucial update Monday on where each region stands as far as meeting his standards for reopening. The determination will be made based on two core factors: infection rate and capacity. Regions must prove they have controlled their infection rates and that they have established the hospital, testing, tracing, isolation and compliance capacities to safely sustain their reopenings and handle any potential resurgence.

In a recent briefing, Cuomo broke the state down into 10 regions, each ranked across seven key metrics related to those two core factors. At the time, less than a week ago, no region had achieved more than five of the seven metrics. New York City had only met three, while Long Island had achieved just two.

Regions that meet the criteria can, after May 15, enter the first of four reopening phases, which includes construction and manufacturing business. The second phase involves retail, finance and professional services, while the third addresses food and accommodation services. Education and arts/entertainment will be the last sectors to resume, Cuomo has said.

It seems likely that some northern and western parts of the state are ready to reopen, but there are still 21 New York zip codes where the COVID-19 infection and death rates are still far too high, including all five boroughs of New York City.

Mayor Bill de Blasio’s three key indicators — new hospital admissions, current number in ICUs and percent of people testing positive — all trended down Monday, which is what he wants to see for at least 10 to 14 days before considering the first steps to reopen. While all three have been down on a given day before, the city hasn’t been able to sustain the trend for consecutive days.

To help further drive down the infection rate in the city, de Blasio said he is deploying another 1,300 “social distancing ambassadors” on top of the 1,000 in service to distribute free masks and educate the public on how staying 6 feet apart can save lives. The move comes after NYPD data on social distancing violations showed severe racial/ethnic disparities, with blacks and Latinos accounting for more than 80 percent of all summonses since mid-March.

“More and more, the emphasis will be on a communicative, encouraging approach,” de Blasio said, while noting that enforcement through ticketing will be still be used as needed.

On Monday, the mayor announced alternate side parking would remain suspended through May 17. For the first time it two months, it resumes May 18 through May 24 for a “clean sweep” citywide. It will then be suspended again May 25 through June 7, during which the sanitation department will assess cleanliness.

A Virus With No Timeline

More than two months have passed since the first case was reported by New York officials. America is fighting a virus without a timeline, one that has mutated into a more contagious strain since emerging in China last year and continues to stump the globe’s most elite scientists with its mysterious adaptability.

The uncertainty has stalled progress, to some degree. Asymptomatic people can transmit the virus; it’s unknown how long antibodies provide protection, if at all. The virus was once thought to spare children. Now, at least three New York children, including a 5-year-old New York City boy, and up to two others may have died of a rare COVID-linked pediatric inflammatory syndrome. Cuomo said the state had identified at least 85 children possibly presenting with that condition, while de Blasio says the city has seen at least 38 cases.

Still, the worst of the crisis appears to be behind us. Cuomo declared Friday “we are finally ahead of this virus,” his first such statement since the pandemic hit. The two most stubborn metrics have been new hospitalizations and daily deaths.

On Sunday, Cuomo reported 572 new hospitalizations. It was the lowest number since mid-March and a sign the frustrating plateau in the 600s may be shifting. At the same time, he added 226 new deaths, which reflected an average from the previous five days and matched the number reported back on May 3.

As of Sunday, New York state had confirmed 21,478 virus deaths, with 14,611 of those coming from the five boroughs. The official toll does not include New York City’s 5,178 probable deaths. If they were included, the five boroughs alone would be on the cusp of 20,000 fatalities.

Nursing homes have been the ground zero of the national crisis. Cuomo unveiled a slate of sweeping new regulations for New York’s nursing homes on Sunday. Those that fail to meet the new standards by May 15 risk losing their licenses.

New Jersey’s long-term care facilities have been hit harder than any nationwide, accounting for more than half of the state’s deaths, which hit 9,255 Sunday. Connecticut has reported 2,967 deaths.

More than a half-million infections have been confirmed in the tri-state area; many more people likely have been infected but never were tested. New York state has reported 335,395 virus cases to date, nearly 190,000 of those in New York City. New Jersey and Connecticut respectively had 138,532 and 33,554 cases as of their governors’ last reports.

Nationally, at least 1.3 million have been infected and more than 80,000 people have died. The economic and psychological costs have been catastrophic. The virus is expected to cost New York alone $35 billion, and Cuomo said Sunday schools, hospitals and local governments may face 20 percent budget cuts without a windfall of federal assistance. The state has shelled out more than $5.5 billion in jobless claims the last two months, as tens of millions of Americans have filed for first-time unemployment.

Experts say the crisis won’t really be “over” without a vaccine or effective treatment for the virus. Pharmaceutical companies and the federal government are working to fast-track a vaccine some say could be ready for human trials as early as this summer, though approval will likely take at least a year.

Gilead Sciences’ drug Remdesivir has shown promise on the experimental treatment front. The FDA granted emergency use authorization for that drug when treating critically ill patients. Cuomo said Sunday the feds gave New York the green light to start using Remdesivir on 2,900 people at 15 hospitals in the coming weeks, with more doses coming to treat an additional 500 people.