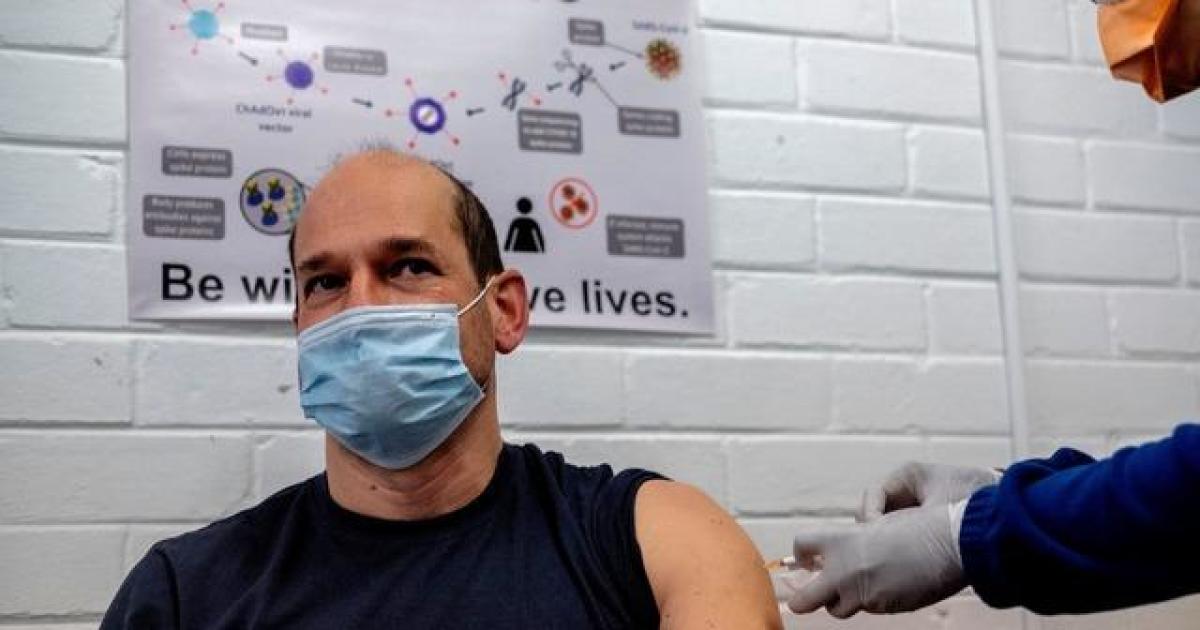 The world’s biggest COVID-19 vaccine study is now underway with the first of 30,000 planned volunteers helping to test shots created by the U.S. government — one of several candidates in the final stretch of the global vaccine race.

There’s still no guarantee that the experimental vaccine, developed by the National Institutes of Health and Moderna Inc., will really protect against infection.

Volunteers won’t know if they’re getting the real shot or a placebo. After two doses, scientists will closely track which group experiences more infections as they go about their daily routines, especially in areas where the virus still is spreading unchecked. Dr. Stephen Hahn, the Food and Drug Administration commissioner, said Monday that testing is taking place at 89 sites across the country. At an event with Vice President Pence in Miami, he said that over 100 vaccines around the world are in different stages, and he expects at least two more to be in phase 2 in the coming weeks.

Several other vaccines made by China and by Britain’s Oxford University began smaller final-stage tests in Brazil and other hard-hit countries earlier this month.

But the U.S. requires its own tests of any vaccine that might be used in the country and has set a high bar: Every month through fall, the government-funded COVID-19 Prevention Network will roll out a new study of a leading candidate — each one with 30,000 newly recruited volunteers.

The massive studies aren’t just to test if the shots work. They’re also needed to check each potential vaccine’s safety. Following the same study rules will let scientists eventually compare all the shots.

Next up in August, the final U.S. study of the Oxford shot begins, followed by plans to test a candidate from Johnson & Johnson in September and Novavax in October, if all goes according to schedule. Pfizer Inc. plans its own 30,000-person study this summer.

That’s a stunning number of people needed to roll up their sleeves for science. But in recent weeks, more than 150,000 Americans filled out an online registry signaling interest, said Dr. Larry Corey, a virologist with the Fred Hutchinson Cancer Research Institute in Seattle, who helps oversee the study sites.

A new poll by CBS News suggests that if a vaccine became available this year, many Americans could approach it cautiously, and 20% say they would “never” get the vaccine. Only 30% say they would get one “as soon as possible.” Many more, half of the country, say they would consider it, but would first “wait to see” what happened to others.

It normally takes years to create a new vaccine from scratch, but scientists are setting speed records this time around. NIH Director Dr. Francis Collins told “CBS Evening News” anchor Norah O’Donnell last week that in his 27 years at NIH, “I have never seen anything come together this way, as we have tried to do and are now doing, for the development of vaccines.”

If everything goes right with the final studies, it will still take months for the first data to come in from the Moderna test, and then Oxford’s.

Governments around the world are trying to stockpile millions of doses of those leading candidates so if and when regulators approve one or more vaccines, immunizations can begin immediately. But the first available doses will be rationed, presumably reserved for people at highest risk from the virus.

“We’re optimistic, cautiously optimistic” that the vaccine will work and that “toward the end of the year” there will be data to prove it, Dr. Stephen Hoge, president of Massachusetts-based Moderna, told a House subcommittee last week. The Trump administration’s goal under its “Operation Warp Speed” plan is to provide 300 million doses of vaccine by January 2021.

[ad_1] Between the long hours and heightened stress, tax season is the busiest time …