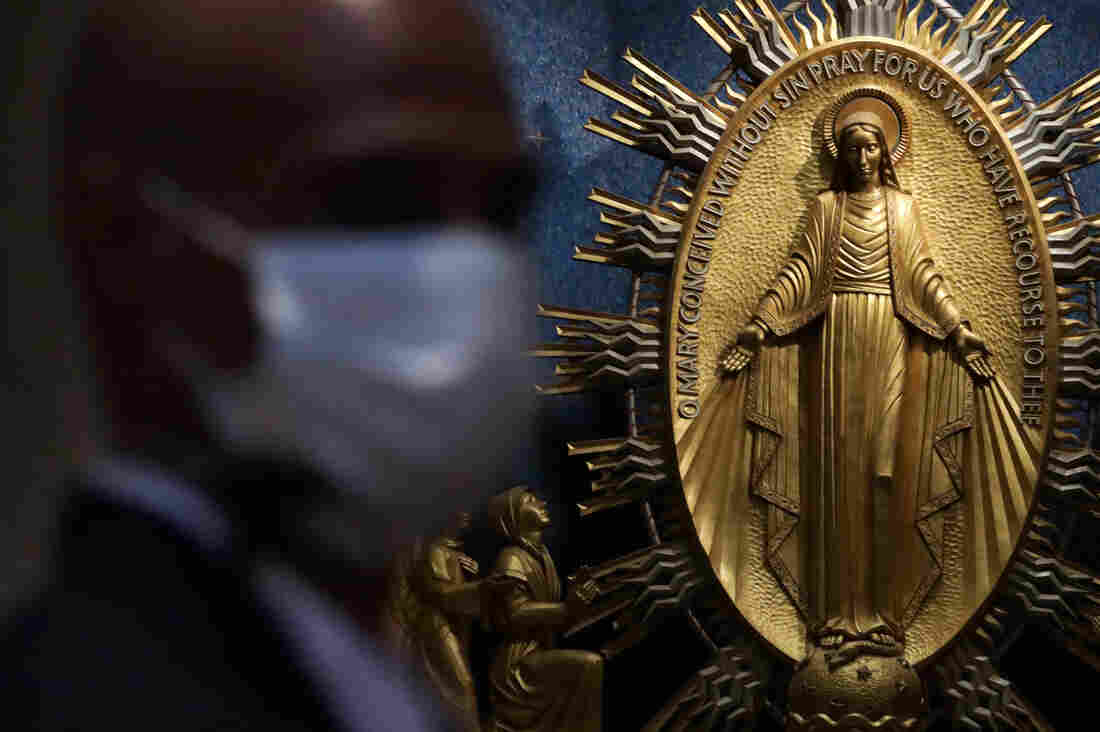 A member of the security personnel wears a mask during a Mass at the Basilica of the National Shrine of the Immaculate Conception in Washington, D.C.

The drive to reopen churches around the country appears to be losing momentum as a result of the surge of COVID-19 cases.

Pastor surveys by the Barna Group have found that the share of churches reporting a return to in-person worship fell from 56% in June to 49% in the most recent survey. The Barna surveys, reported by Christianity Today, also showed that 5% of pastors now say their churches will not resume in-person worship until 2021.

A previous Barna survey found 0% of pastors expecting their churches to remain shuttered for the rest of this year.

Among the churches planning to suspend in-person worship for all of 2020 are the six locations of North Point Ministries in the Atlanta area. In pre-coronavirus times, more than 30,000 people worshipped across the North Point churches each weekend.

Andy Stanley, the founding North Point pastor, announced in May that his churches would reopen on Aug. 9, but in a video message sent to his congregants this week, Stanley said those plans had to change.

“We’ve decided to suspend adult worship services for the remainder of the year,” Stanley said in a sober tone of voice. He cited the “uptick” in the number of coronavirus cases in the Atlanta area.

“Even if we did reopen,” Stanley said, “we certainly would not be able to create a quality adult or children’s worship experience with social distancing protocols in place.”

Some prominent megachurch leaders, however, do not intend to follow Stanley’s example.

“I’m not buying the gloom and doom,” said Jack Graham, senior pastor at Prestonwood Baptist in Plano, Texas, and a prominent evangelical supporter of President Trump.

Collin County, where Graham’s church is located, as of this week had reported nearly 5,000 novel coronavirus cases, a 20% increase over the previous week’s total.