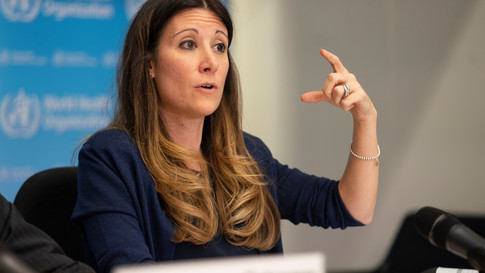 The COVID-19 crisis reached its latest tragic milestone yesterday with 136,000 confirmed cases reported in one day, the most in a single day so far, said Director-General Dr Tedros Adhanom Ghebreyesus at a World Health Organization (WHO) briefing.

Nearly 75% of yesterday’s cases come from 10 countries, mostly in the Americas and South Asia. Cases have topped 100,000 for nine of the past 10 days.

Infections have decreased in some parts of the world, such as Europe, and many countries see positive signs. Still, on the whole the situation globally is “worsening,” the Director-General said.

Nearly 7 million confirmed cases of coronavirus have now been reported across the globe along with 400,000 deaths.

The Americas, the current epicentre of the virus, is still a cause for “great concern,” WHO officials said. Rapid increases, such as a doubling in the number of deaths in Guatemala, have been seen throughout the region. “What we’re seeing from Mexico all the way through to Chile is an increasing pattern across the Americas, across Latin America, with some notable exceptions,” said Michael J. Ryan, Chief Executive Director of the WHO Health Emergencies Programme.

The “complex situation” is putting strain on health systems and limiting ICU beds in many countries. “It’s not one country,” said Ryan. “It’s many, many countries experiencing very severe epidemics.”

These countries will need to leverage their deep expertise in disaster management and infectious disease control. This region first eradicated polio, all three strains, said Ryan. This region also eliminated measles and offered an opportunity for global measles elimination.

These skills will help hard-hit countries cope. “What we hope we see is the governments of Central and South America working together to fight this disease and demonstrating to the world once again the capacity that these countries have, both in science, in public health, in disaster risk management and their capacity to work both individually and together in a coherent way to stop infectious diseases,” Ryan said.

Protests against racism have spread across the globe in recent weeks, raising concern for virus spread and questions regarding measures such as self-quarantine for protesters in some cities. WHO officials, however, clarified that just attending a mass gathering did not necessarily require such strict measures. A contact, said Ryan, is someone who has been in prolonged close contact with a confirmed carrier of COVID-19. “Someone who has just been at a mass gathering doesn’t necessarily meet the definition of a contact in that context.”

The WHO expressed support of the global movement and reminded protesters to keep COVID-19 basics in mind, such as hand-washing and physical distancing.

Regarding risk of exposure and staying safe, officials explained that protesters should look to local guidelines.

Additionally, local officials could, based on a scientific review of the transmission in a particular community, make recommendations on quarantines or other steps to contain the potential spread of the virus. “There may be situations for mass gatherings where a local public health official, on the basis of abundance of caution, could advise people either to quarantine or to get tested.”

Countries are continuing to study asymptomatic cases, said Dr Maria Van Kerkhove, Technical Lead at the WHO. She explained that these patients, who experience very mild symptoms if any at all, rarely help to fuel the spread of COVID-19, according to reports from countries doing detailed contract tracing. While the WHO is continually gathering more information to truly understand this topic more fully, “it still appears to be rare that an asymptomatic individual actually transmits onward.”

More important to containing the virus, said Van Kerkhove, is studying and tracing symptomatic cases, given their contribution to virus spread. “If we actually followed all of the symptomatic cases, isolated those cases, follow the contacts and quarantine those contacts. We would drastically reduce transmission,” she said. “If we could focus on that, I think we would we would do very, very well in terms of suppressing transmission.”

World Economic Forum articles may be republished in accordance with our Terms of Use.

The views expressed in this article are those of the author alone and not the World Economic Forum.