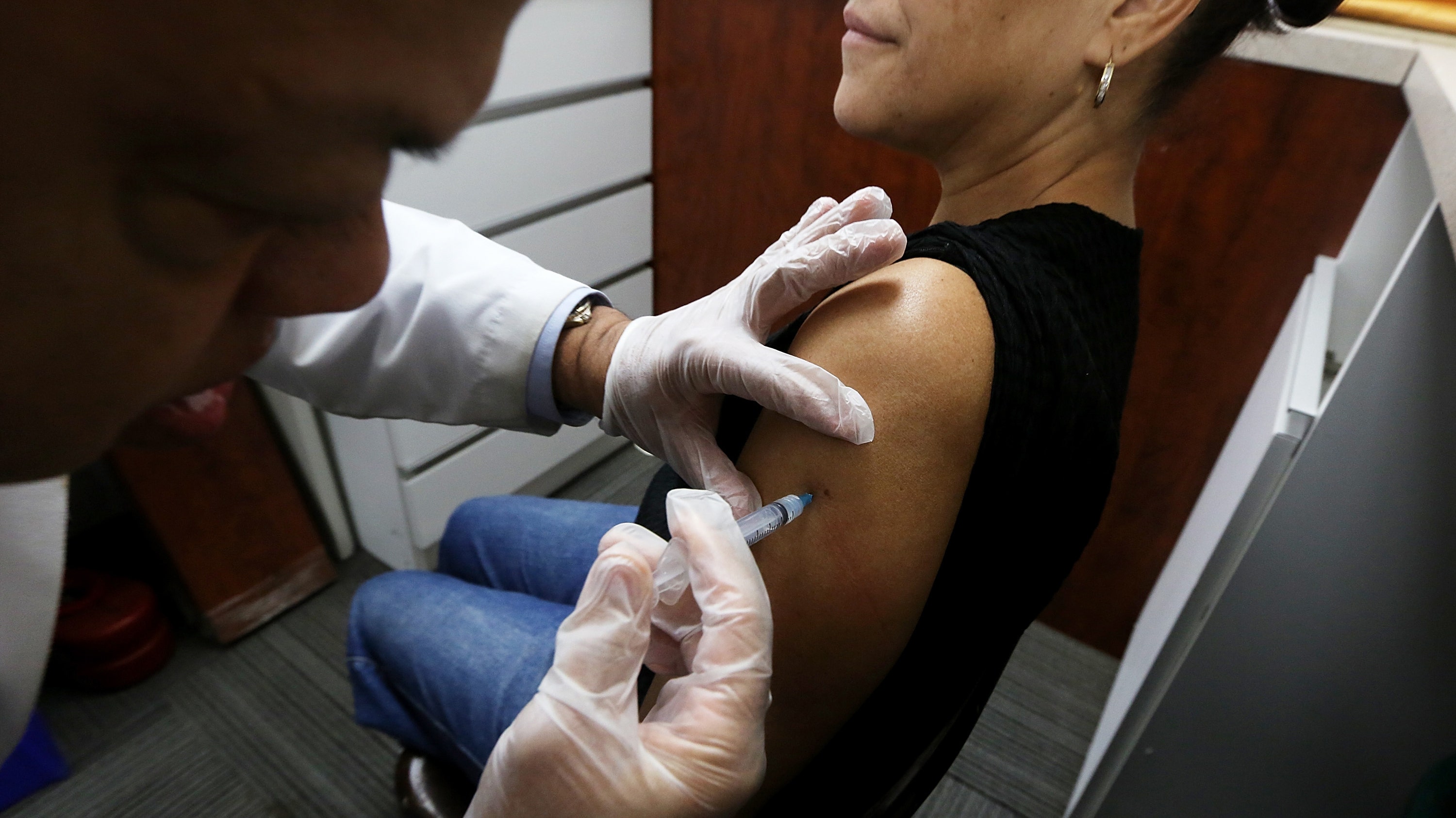 Countries around the world have ordered a record number of flu vaccinations in the hopes of avoiding overlap with the coronavirus pandemic.

The U.S. alone has ordered between 194 million and 198 million doses — more than half the population of the U.S., even though less than half of adults received the vaccination last year. Despite the abundance of caution, it is not clear how many people will actually seek the vaccine, leading to fears of a possible “twindemic,” as some reports have labeled it.

“There’s considerable concern as we enter the fall and winter months and into the flu season that we’ll have that dreaded overlap” of flu and the coronavirus, Dr. Anthony Fauci, director of the U.S. National Institutes of Health, said Thursday.

Experts started pushing the flu shot in the summer, with Dr. Robert Redfield, director of the U.S. Centers for Disease Control and Prevention (CDC), urging corporate leaders to figure out ways to inoculate employees, according to The New York Times.

The CDC had ordered an additional 9.3 million doses for uninsured adults by August, while it usually purchases 500,000 doses.

“Access is a problem for all adult vaccines,” said L.J. Tan, chief strategy officer for the Immunization Action Coalition (IAC), a nonprofit that works to increase vaccination rates. “Adults may think, ‘If I can get the flu shot easily, I might consider it.’”

The IAC has used the term twindemic in presentations in an attempt to better market the need for vaccinations and urge Americans to get the flu shot. The New York Times also reported the IAC as an early promoter of the term.

Access is an issue, but disbelief is a significant stumbling block as well, according to Axios. An NFID survey released Thursday showed 51% of adults doubted the flu shot’s effectiveness, but that number has dropped this year to 34%.

“This year I think everyone is wanting to get their vaccine and maybe wanting it earlier than usual,” Dr. Daniel Jernigan of the CDC told The Associated Press. “If you’re not able to get your vaccination now, don’t get frustrated.”

Pharmaceutical giant Sanofi Pasteur, which is supplying nearly 250 million doses worldwide, including 80 million for the U.S., says it has shipments staggered into November. Germany also increased its order this year from its usual 18 million doses to 26 million doses.

Italian doctors have expressed concern about the supply, lowering the threshold for receiving the flu vaccine free of charge from age 65 to 60.

The World Health Organization has encouraged any countries with worries about supplies to prioritize health workers and older adults.

“Take flu out of the equation this fall,” Jernigan advised.