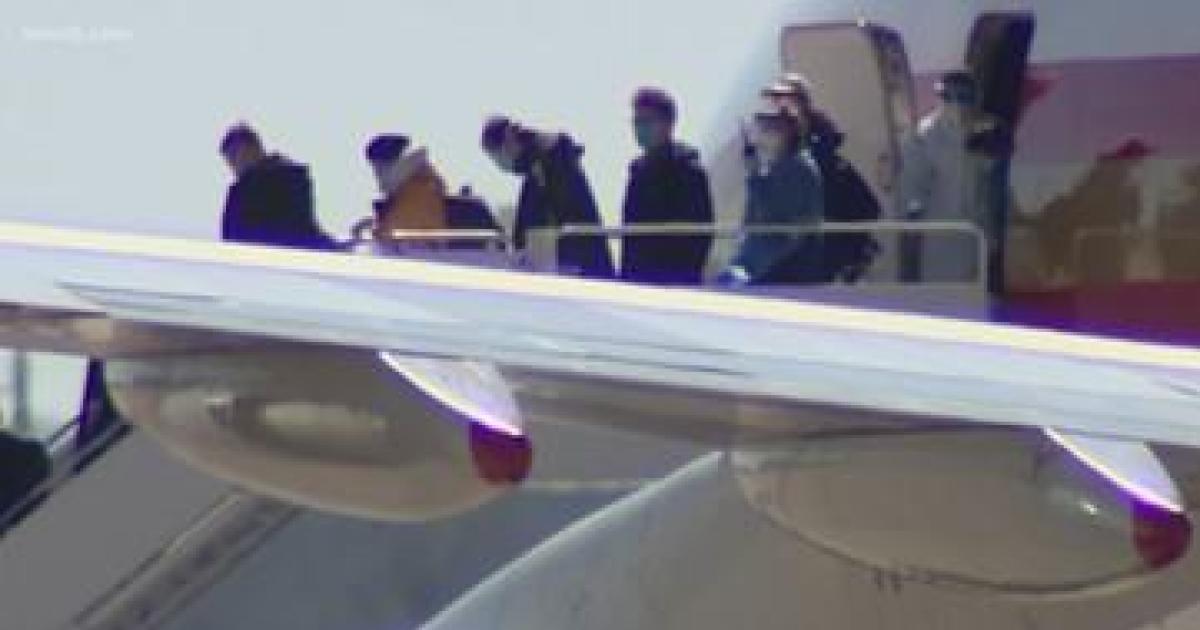 A woman who was released from quarantine in San Antonio before health officials learned she had tested positive for the new coronavirus may have exposed up to a dozen people at a hotel before she was brought back into isolation, officials said. The Centers for Disease Control and Prevention said Sunday that it was retesting the patient, who had been released from isolation Saturday but later returned after a lab test was “weakly positive.”

Health officials said the person was out in the public for 12 hours.  On Monday, officials in San Antonio said the patient posed a low risk to the public after an extensive “risk assessment” that included a detailed look at where the patient had visited, CBS affiliate KENS-TV reported.

The station reported the woman was brought to Joint Base San Antonio-Lackland on Feb. 7 from Wuhan, China. She had first tested positive around Feb. 12.

The woman had tested negative for the virus on Feb. 21 and Feb. 25 and was released Saturday, health officials said. Rear Adm. Nancy Knight, who leads the CDC’s Division of Global Health Protection, told the San Antonio Express-News that the woman was “extremely compliant” when she was met by health officials Sunday at a hotel, which she did not identify.

Knight said the woman’s hotel room was disinfected and closed for use. She told the Express-News that it’s possible the latest oral and nasal swab test detected pieces of dead virus, which would not be transmissible.

“The fact that the CDC allowed the public to be exposed to a patient with a positive COVID-19 reading is unacceptable,” San Antonio Mayor Ron Nirenberg. “We will hold the CDC accountable to providing complete transparency for the public. This situation is exactly why we have been asking for federal officials to accept the guidance of our medical community.”

KENS-TV reports that Bexar County Judge Nelson Wolff also questioned why a letter that he and Nirenberg sent to federal officials regarding testing off-base was not answered.

“This has been our biggest concern and now we will experience the consequences of no action,” Wolff said. “Time and time again, I have raised issues concerning evacuees, inappropriate accommodations, the risk of exposure during transporting and the need for additional monitoring and extended quarantine periods.  I issued a letter on February 18th relating our concerns and then a joint letter with the Mayor on February 24th.  To date, no response or even acknowledgement of our concerns has been made.”