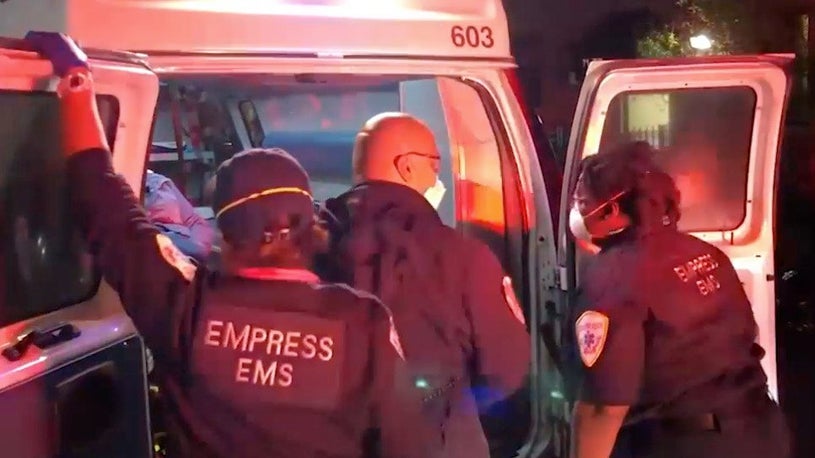 The worldwide death toll from coronavirus topped 200,000 Saturday, with more than one fourth of those in the U.S.

The milestone came as countries and states are ramping up efforts to test people for antibodies, despite a report from the World Health Organization that says there is no proof that those who have already been infected by the novel coronavirus are immune from getting it again.

“There is currently no evidence that people who have recovered from COVID-19 and have antibodies are protected from a second infection,” the agency said in a scientific brief Friday.

WHO and other experts, including researchers in the U.S., have also questioned the accuracy of currently available antibody tests, which are still an emerging science. False positive results are of particular concern.

Antibody testing has widely been touted as a method to greenlight people to go back to work, travel or return to life as normal, and the ability to administer such tests is one of the criteria listed in President Donald Trump’s guidelines for reopening the U.S. economy.

The tests are also seen as a way to measure how wide the pandemic has spread by identifying people who already had the disease but didn’t know it. Antibody testing also opens up the opportunity for those who have been infected to donate blood that can be used in an experimental plasma treatment for seriously ill COVID-19 patients.

WHO supports antibody testing as a way to better understand the spread of the virus, but warns the tests could give people and communities a false sense of security.

“At this point in the pandemic, there is not enough evidence about the effectiveness of antibody-mediated immunity to guarantee the accuracy of an ‘immunity passport’ or ‘risk-free certificate,'” according to the WHO brief. “People who assume that they are immune to a second infection because they have received a positive test result may ignore public health advice. The use of such certificates may therefore increase the risks of continued transmission.”

The number of known COVID-19 deaths in the U.S. topped 50,000 on Friday and was up to more than 53,000 by Saturday afternoon, according to data tracked by Johns Hopkins University. Nearly all of those deaths happened in just the past month. More than 924,000 people in the U.S. have tested positive for COVID-19.

More than 2.8 million people have been infected worldwide and deaths rose to 201,502 as of late Saturday afternoon.

The numbers are believed to be much higher, mostly due to lack of testing and because some people never show symptoms.

-More than 10,000 of the people who have died in the U.S. were either residents or staff members at nursing homes or long term care facilities, according to an analysis by The New York Times.

-Middle-aged and younger people with COVID-19 are dying from strokes in alarming numbers, according to report by the Washington Post. Hospitals in areas especially hard hit by the virus have seen a surge in patients with strokes, often of the deadliest type. Some doctors believe it’s related to blood clots that are a complication of coronavirus, but doctors are still working to understand the phenomenon.

-More than 1,000 people have died from COVID-19 in Florida, placing the state among the top 10 in deaths nationwide. Florida has reported 30,533 cases.

-Seattle closed six miles of streets to vehicle traffic on Friday in order to give residents more room for social distancing, the Seattle Times reported. More closures are planned. Other cities, including San Francisco, have taken similar measures as more people walk or bike to work or go outside to exercise. Washington, an early epicenter of the coronavirus outbreak in the U.S., has reported nearly 13,000 cases of COVID-19 and 722 deaths.

-Italy will begin easing lockdown restrictions on May 4. The country will also distribute masks to nursing homes, which have been especially hard hit by the pandemic. Transportation workers, police and public officials will also receive masks. With more than 193,000 cases of COVID-19 and nearly 26,000 deaths, Italy stands behind the U.S. and Spain with the highest number of known infections.

-France, Germany the United Kingdom and Turkey have the highest number of reported cases behind the U.S., Spain and Italy.

-British medical officials are worried people are ignoring symptoms of other diseases and avoiding seeking medical care for anything other than coronavirus, according to the AP. Emergency room visits have fallen by almost 50%, and Cancer Research UK estimates as many as 2,250 new cases of cancer could be going untreated each week. Meanwhile, cases of COVID-19 in the UK continue to soar. The country has reported more than 144,000 infections and more than 19,000 deaths.

-The outbreak in South Korea appears to be slowing, with only 10 new cases reported on Saturday, the AP reported. It was the eighth day in a row that daily cases dropped below 20. Saturday was also the second consecutive day that the country reported no new deaths. The country was once viewed as a COVID-19 hotspot, but currently has reported just over 10,000 cases and 240 deaths.

-China, where the coronavirus pandemic started, reported no new COVID-19 deaths for the 10th day in a row.

For the latest coronavirus information in your county and a full list of important resources to help you make the smartest decisions regarding the disease, check out our dedicated COVID-19 page.

The Weather Company’s primary journalistic mission is to report on breaking weather news, the environment and the importance of science to our lives. This story does not necessarily represent the position of our parent company, IBM.