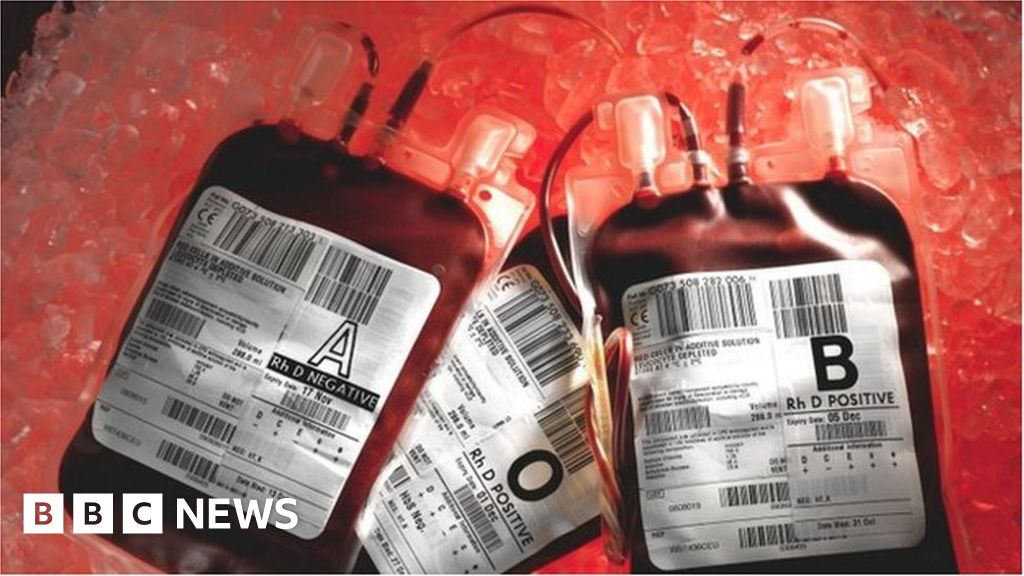 The UK is to try to use the blood of coronavirus survivors to treat hospital patients ill with the disease.

NHS Blood and Transplant (NHSBT) is asking people who have recovered from Covid-19 to donate their blood so they can assess the therapy in trials.

The hope is that the antibodies they have built up will help to clear the virus in others.

The US has already started a major project to study this, involving more than 1,500 hospitals.

When a person has Covid-19, their immune system responds by creating antibodies, which attack the virus.

Over time these build up and can be found in the plasma, the liquid portion of the blood.

NHSBT now wants to collect the plasma from recovered Covid-19 patients to see if it can be given to people who are currently ill with the virus.

A statement from the organisation said: “We envisage that this will be initially used in trials as a possible treatment for Covid-19.

“If fully approved, the trials will investigate whether convalescent plasma transfusions could improve a Covid-19 patient’s speed of recovery and chances of survival.

“All clinical trials have to follow a rigorous approval process to protect patients and to ensure robust results are generated. We are working closely with the government and all relevant bodies to move through the approvals process as quickly as possible.”

What do I need to know about the coronavirus?

Are other groups doing this?

Several groups in the UK have been looking into using blood plasma.

University Hospital of Wales (UHW) in Cardiff announced this week that it wanted to trial the technology.

He wants to use plasma for seriously ill patients that have no other treatment options, while a larger national trial is getting under way.

He said: “I would be disappointed if we weren’t able to see some patients given this form of therapy within a couple of weeks. Let’s hope that the NHSBT national trial gets into gear really quickly.”

He said the UK had moved slowly to test the treatment.

“I think there are many aspects of this pandemic we’ll look back on and say, I wonder why we didn’t move a little bit faster. I think this could be one of those”.

What is the situation in the rest of the world?

Around the world, trials are now under way to look at using plasma.

In just three weeks, scientists in the US have organised a nationwide project and about 600 patients have been treated so far.

Prof Michael Joyner, from the Mayo Clinic, is leading the work.

He said: “The thing we’ve learned in the first week of administration is that no major safety signals have emerged and administration of the product does not appear to be causing a whole lot of unanticipated side effects.

“There are anecdotal reports of oxygenation improving and other patient improvements. Those are certainly heartening, but they need to be rigorously evaluated.”

He said the therapy was “rough and ready”.

“There’s a lot we don’t understand about the plasma. We’re going to learn more about what’s in the plasma, the components, the antibody levels, and other factors that may be there as the weeks go on.

“But sometimes, as a physician, you just have to try to take a shot on goal when you have a shot.”

How has this approach helped in previous pandemics?

Harnessing the blood of recovered patients is not a new idea in medicine. It was used more than 100 years ago during the Spanish Flu epidemic, and more recently for Ebola and Sars.

So far, only small studies have looked at its efficacy, and there is a great deal of research that needs to be done to see how effective it will be against coronavirus.

But in the US, they say they have no shortage of people who want to help.

Bruce Sachais, chief medical officer at the New York Blood Center, said: “People have been amazing. They keep coming out in droves.

“We have hundreds and hundreds of donors and we’ve been able to collect over 1,000 units already. It’s really heart-warming to see that for people who have gone through the infection, in various degrees, their main concern is ‘how can I now help others?'”

But while our options for treating coronavirus are so limited, the hope is it could help until a vaccine is found.