The wedding guests attended a reception on August 7 at Big Moose Inn in Millinocket, according to the Maine Center for Disease Control and Prevention. The Big Moose Inn is a 37 acre property that includes a restaurant, cabins and campgrounds near Baxter State Park. The Inn has hosted weddings since the 1970s and can accommodate 100 guests in their Fredericka’s Restaurant, according to their website.
“Right now, we do not know if the outbreak originated at the Big Moose Inn or whether there may have been additional sites of transmission at other points during the gathering,” Dr. Nirav Shah, Maine CDC director, said during a news conference on Tuesday.
He added that the reception was a connecting point for the group and the agency is still investigating the outbreak.
“What we know right now is that the reception that occurred there on August 7 was a connecting point and that there may have been other sources of transmission in addition to the reception at Big Moose Inn,” Dr. Shah said.
CNN reached out to Big Moose Inn for comment and did not receive a response.
On Monday, Maine CDC announced the wedding reception had approximately 65 guests. In total, 24 people have tested positive for Covid-19 in connection with the event, according to the agency. They added that 18 of those cases were individuals who attended the reception and six others who had close contact with reception attendees. 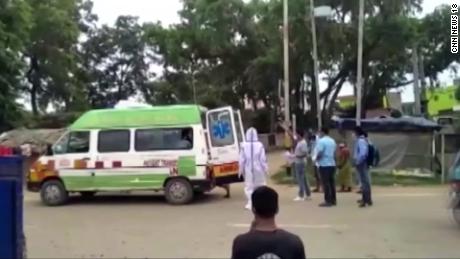 All those testing positive are residents of the state of Maine, according to Maine CDC. The state has 4,197 reported cases and 127 reported deaths, according to Johns Hopkins University’s tally of cases in the United States.
The agency is conducting contact tracing for guests, staff and people who might have had close contact with individuals with confirmed cases. They encourage anyone who attended the event and has symptoms to contact their health care provider.
“What I think is really important about this situation is that it is another reminder that Covid-19 exist everywhere in Maine and it can spread really quickly when large groups of people gather,” Dr. Shah said. 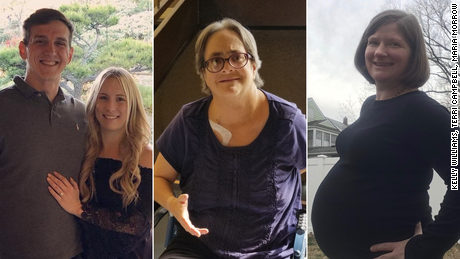 While it is unclear if the event was held indoors or outdoors, the state requirements for large gatherings are currently capped at 50 people for indoor events and 100 people for outdoor events. If the space cannot accommodate five people per 1,000 feet then fewer individual can attend, according to state governor’s executive orders.
“I ask everyone to remember this situation as you attended social gatherings of your own,” Dr. Shah said. “Things like wearing a face covering and maintaining physical distancing is as important today as any time in the outbreak investigation.”