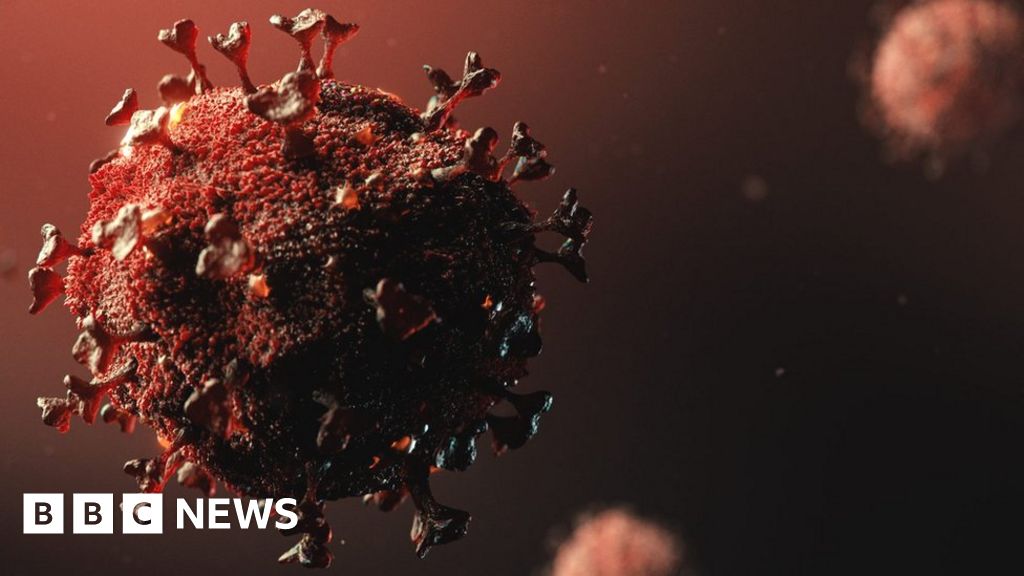 Researchers in the US and UK have identified hundreds of mutations to the virus which causes the disease Covid-19.

But none has yet established what this will mean for virus spread in the population and for how effective a vaccine might be.

Viruses mutate – it’s what they do.

The question is: which of these mutations actually do anything to change the severity or infectiousness of the disease?

Preliminary research from the US has suggested one particular mutation – D614G – is becoming dominant and could make the disease more infectious, and perhaps more severe.

But it hasn’t yet been reviewed by other scientists and formally published.

The researchers, from the Los Alamos National Laboratory in New Mexico, have been tracking changes to the “spike” of the virus that gives it its distinctive shape, using a database called the Global Initiative on Sharing All Influenza Data (GISAID).

They noted there seems to be something about this particular mutation that makes it grow more quickly – but the consequences of this are not yet clear.

The research team analysed UK data from coronavirus patients in Sheffield. Although they found people with that particular mutation of the virus seemed to have a larger amount of the virus in their samples, they didn’t find clear evidence that those people became sicker or stayed in hospital for longer.

‘Mutations not a bad thing’

Another study from University College London (UCL) identified 198 recurring mutations to the virus.

One of its authors, Professor Francois Balloux, said: “Mutations in themselves are not a bad thing and there is nothing to suggest SARS-CoV-2 is mutating faster or slower than expected.

“So far, we cannot say whether SARS-CoV-2 is becoming more or less lethal and contagious.”

A study from the University of Glasgow, which also analysed mutations, said these changes did not amount to different strains of the virus. They concluded that only one type of the virus is currently circulating.

Monitoring small changes to the structure of the virus is important in understanding the development of vaccines.

Take the ‘flu virus: it mutates so fast that the vaccine has to be adjusted every year to deal with the specific strain in circulation.

Many of the Covid-19 vaccines currently in development, target the distinctive spikes of the virus – the idea is that getting your body to recognise a unique element of the spike will help it to fight off the whole virus. But if that spike is changing, a vaccine developed this way could become less effective.

At the moment this is all theoretical. Scientists don’t yet have enough information to say what changes to the virus’s genome will mean.

However, she told the BBC: “I love genomes, but there is only so much they can say.”