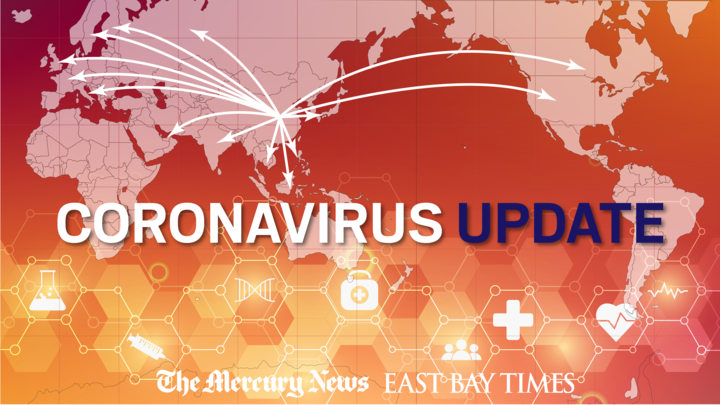 A Solano County woman now critically ill with coronavirus was hospitalized for 11 days before her infection was revealed to healthcare workers, raising the potential of broader community exposure to the dangerous respiratory disease.

Suffering from flu-like symptoms, the patient brought herself to the 50-bed NorthBay VacaValley Hospital in Vacaville on Feb. 15, according to the Washington Post.  She was transferred to UC Davis for advanced care four days later, on Feb. 19.

Suspecting coronavirus, UC Davis requested a test upon her arrival. The U.S. Centers for Disease Control conducted the test four days later, on Sunday, Feb. 23. Results were not returned until Wednesday, Feb. 26, according to a UC Davis statement.

Faced with the prospect of community spread of the disease, expanded testing is essential, said Gov. Gavin Newsom at a Thursday morning briefing in Sacramento.

California currently has only 200 test kits, said Newsom. “This is simply inadequate to do the type of testing that is required to address this issue head on,” he said.

“This case marks a turning point,” said Dr. Sonia Y. Angell, director of the California Department of Public Health at the Thursday briefing. “We are expanding surveillance activity, increasing lab capacity and planning for increased demand on medical systems.”

Federal health officials have said that they are broadening the nation’s flu surveillance system to look for people in the general population who may be unknowingly infected with the new disease.

But there are no immediate plans to test the general population in Solano County, the home of the sick patient, the nation’s first apparent case of coronavirus infection from an unknown source.

On Thursday morning, Health and Human Services Secretary Alex Azar told the House Ways & Means Committee that a new and improved CDC test will be sent to 93 public health labs as soon as Monday. He did not specify which labs will receive the test.

The hospital is monitoring the health of scores of staff members who may have come in contact with her.  Most are tracking their own health, but staff who had direct contact with the woman have been tested for the virus.

Information on the woman’s family, work and social contacts was not immediately available.

Health officials are tracking down contacts of the patient, as well as investigating whether the person was unknowingly exposed to a returned traveler who was infected.

Solano County is home to Travis Air Force Base, where many travelers have been quarantined.  But this patient became ill before the arrival of the passengers of the virus-stricken Diamond Princess cruise ship.

The Solano County patient’s test was delayed, according to UC Davis officials, because the patient did not fit into the CDC’s two criteria: a history of travel to China or close contact with a coronavirus patient.

But the patient was eligible for testing under a third CDC criteria: For severely ill individuals, testing can be considered when exposure history is equivocal —  such as uncertain travel or exposure, or no known exposure — and another etiology has not been identified.

Such community transmission is worrisome because a virus is much harder to control once it spreads in offices, schools, medical offices and other public sites. The case differs from others in the U.S., where the infected persons were known travelers who were quickly and safely quarantined, or persons in close contact with those travelers.

Though the goal is still to contain the virus, the new case raises concerns that it may already circulating undetected in the region.

At a media briefing earlier this week, Dr. Nancy Messonnier of the CDC’s National Center for Immunization and Respiratory Diseases said that the new surveillance at those five sites is just a starting point and that coronavirus surveillance will expand nationally in the coming weeks.

“We are aware and concerned for broader spread in the U.S.,” she said. “We have already started surveillance system sites in the U.S. and are rapidly working to expand that more broadly.”

The initial plan is to test samples of patients who are very sick with respiratory disease but are negative for the flu.

Neither Sacramento County nor the California Department of Public Health was doing testing when UC Davis needed it, according to a memo to UC Davis medical staff from David Lubarsky, vice-chancellor of human health services, and Brad Simmons, interim CEO of UC Davis Medical Center.

“Upon admission, our team asked public health officials if this case could be COVID-19,” the name of the respiratory disease, they said. “We requested COVID-19 testing by the CDC.”

“Since the patient did not fit the existing CDC criteria for COVID-19, a test was not immediately administered,” they said. “UC Davis Health does not control the testing process,” they added.

A small number of medical center employees have been asked to stay home and monitor their temperatures, according to the statement.  But “because of precautions we have had in place since this patient’s arrival, we believe there has been minimal potential for exposure here at UC Davis Medical Center,” the email said.