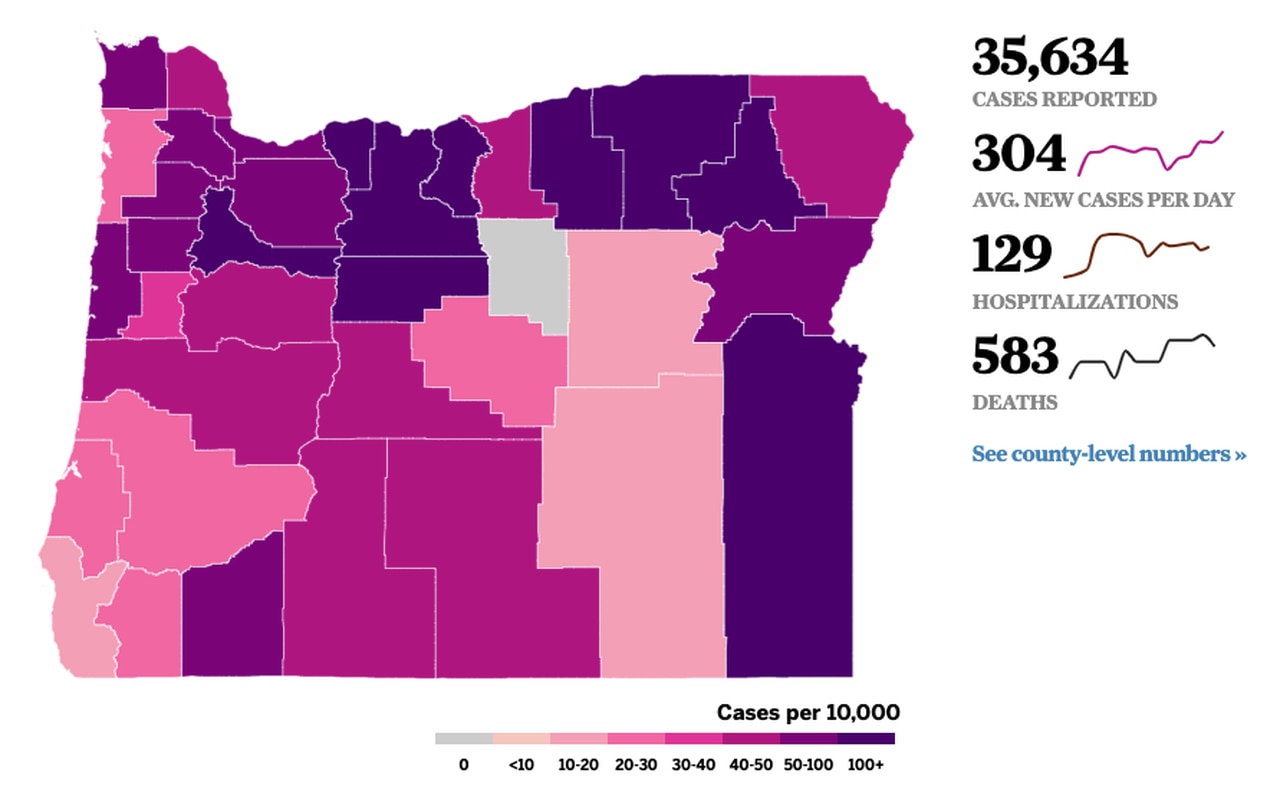 The daily average for the past week has now surpassed 300. Oregon’s rolling average hasn’t been that high since Aug. 10. But it still remains below the state’s summer peak average of just under 350 daily cases.

The state on Wednesday also released its latest weekly report outlining outbreaks. Of note, the state has identified coronavirus cases involving people at 14 schools with in-person learning, nine more than the previous week.

In all, the state has reported 32 cases linked to schools, with 23 among staff or volunteers and nine among students.

Not yet included in the Oregon Health Authority’s official fatality count is an inmate at Snake River Correctional Institution who died Oct. 6, according to the Department of Corrections. He was between the age of 70 and 80 years old and is the 13th inmate statewide to die after testing positive for coronavirus.

Who’s in the hospital: The state Wednesday reported 129 Oregonians with confirmed coronavirus infections are currently in the hospital, up two from Tuesday. Oregon remains well below its capacity, with hundreds of hospital beds and ventilators available.

Since it began: Oregon has reported 35,634 confirmed or presumed infections and 583 deaths, among the lowest totals in the nation. To date, 716,777 Oregonians have been tested.

[ad_1] When Anne-Marie Meunier was 16 years old, she wanted to make some healthy …