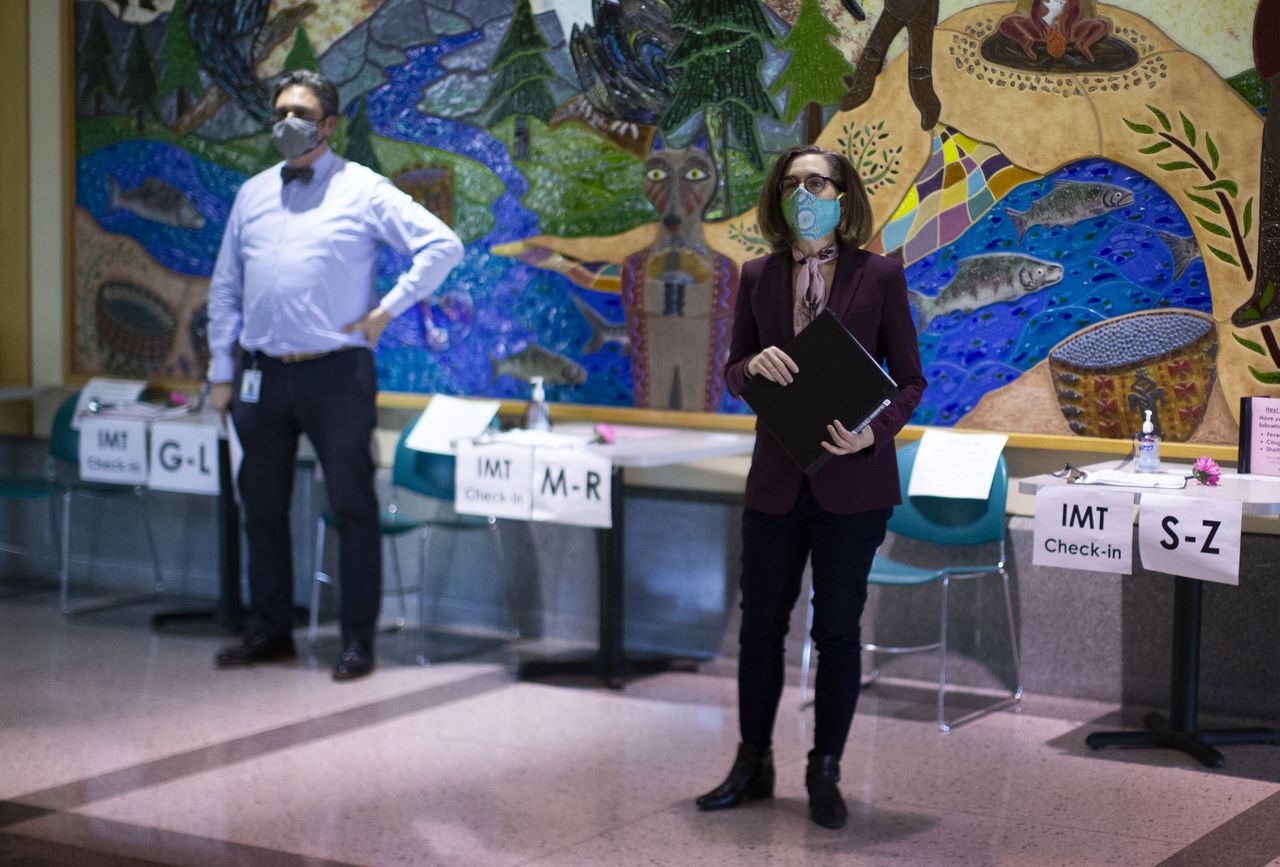 The disclosure of cases comes as high infection rates occurred throughout central and eastern Oregon.

The record case count also comes as Gov. Kate Brown addressed in an hour-long news conference a new rule requiring Oregonians ages 12 and up to wear masks in indoor public spaces starting Wednesday. Compliance with the rule will be essential in determining whether businesses will remain open statewide and whether schools will reopen next fall, Brown said.

Wednesday’s surge pushed the state’s average from the past week to more than 215 cases a day, which is also a record.

New fatalities: Oregon’s sole victim of COVID-19 is a 91-year-old woman with underlying health conditions from Marion County, state officials reported. She tested positive eleven days prior to her death on June 29. The location of her death has yet to be determined.

Prevalence of infections: State officials reported that 5,711 people have been tested since Tuesday and 260 came back positive, amounting to a positivity rate of 4.6%.

Who’s in the hospital: The state on Wednesday reported that 118 Oregonians with confirmed cases of COVID-19 are currently in the hospital – thirteen more than yesterday. Hospitalizations continue to increase on average statewide, but hundreds of ICU beds and ventilators remain available.