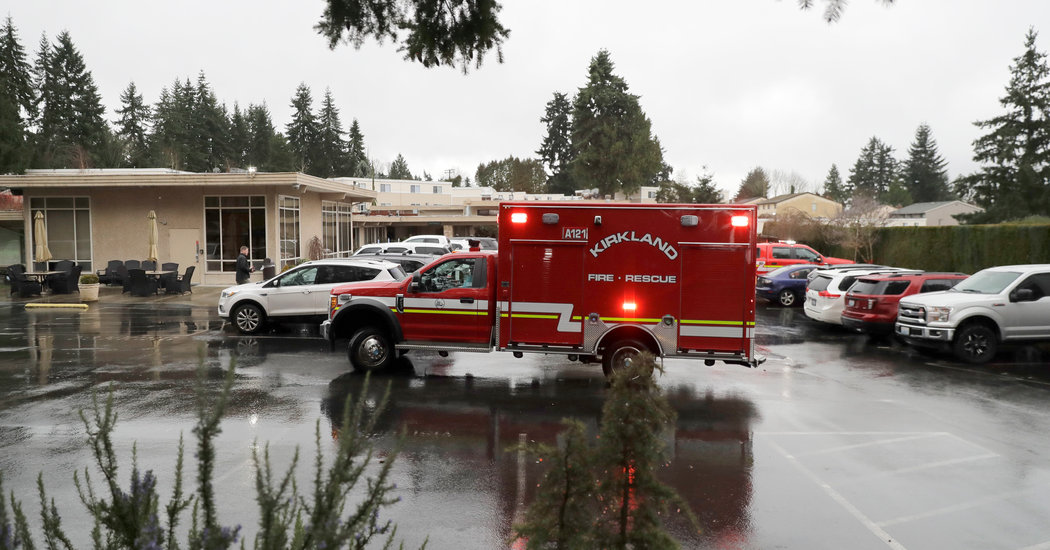 SEATTLE — Days after a coronavirus outbreak emerged inside a nursing home in suburban Seattle, leaders at two other complexes that serve older residents in the region said on Friday that each of those facilities had a resident who had tested positive for the virus.

Washington State has seen more than 80 cases of the virus, including the first case reported by Starbucks on Friday night at one of its downtown Seattle stores, but the new cases were troubling because older people are seen as most vulnerable to the infection.

Ten deaths have been connected to Life Care Center of Kirkland, and other people associated with the facility, which was first linked to the coronavirus about a week ago, have tested positive.

In Seattle, the Ida Culver House Ravenna senior living complex, which provides independent and assisted living to about 90 people, said that one of its residents tested positive on Friday, two days after the resident was taken to a hospital. A sign in the lobby restricted nonessential visitors from entering.

Residents of the senior living complex were being asked to stay in their apartments as much as possible, Nicole Francois, a spokeswoman for the complex, said. All activities have been canceled, she said, and meals were being brought to each apartment rather than being served in communal areas. All residents were being screened for signs of illness — twice each day as a precaution.

No one else has shown signs of coronavirus, Ms. Francois said. “As far as we know, this is an isolated case.”

Twenty miles east, the Issaquah Nursing & Rehabilitation Center said on Friday that one of its residents tested positive for the virus after going to a hospital on Tuesday. The company said it had already put in place protocols to stop the spread of infections before the resident had gone to the hospital.

“We have asked family and visitors not to visit our facility at this time,” the center said in a statement.

The Seattle region has been on heightened alert with the spread of the coronavirus at Life Care Center in Kirkland, and officials were still grappling to control that outbreak while families have waited, frustrated by a rising death toll and lack of both information and coronavirus testing.

Officials in King County said that 15 more residents of Life Care had been taken to hospitals over the past day. Dow Constantine, the King County executive, said officials were working to help families who want to remove residents from Life Care and take them home with the necessary medical equipment.

“For the families who say they are not being adequately communicated with, we hear you,” Mr. Constantine said. “We want to make sure everyone has the information and support they need in this time of crisis.”

Because the virus can poses a significant threat to people who are older or have underlying health problems, local public health officials in the Seattle area have encouraged people 60 and older to stay home. Everyone in the county has been encouraged to telecommute rather than go to work.

Friday brought another round of restrictions around the area. The University of Washington, with 50,000 students, announced that it would move to remote learning. Emerald City Comic Con, a convention that draws tens of thousands of people each year, announced that it would postpone until the summer a gathering that was scheduled for next week. The chief federal judge in Seattle ordered the cancellation of all in-person federal court hearings in the western part of the state.

Starbucks said it shut down its store near the downtown Seattle Art Museum after learning Thursday night that an employee had received a diagnosis of coronavirus. The company said it closed the store for a “deep clean” but hoped to have the site open again soon.

Nursing homes and assisted living facilities have long been a place where infections can take hold with devastating consequences. This week, Vice President Mike Pence said 8,200 nursing facility inspectors, funded by the Centers for Medicare and Medicaid Services, would focus exclusively on infection control.

[ad_1] With the prick of a needle, the battle against Covid-19 took what could …