December 02, 2022
Home Health News Coronavirus Has 'Pandemic Potential' But Isn't There Yet, WHO Says – NPR 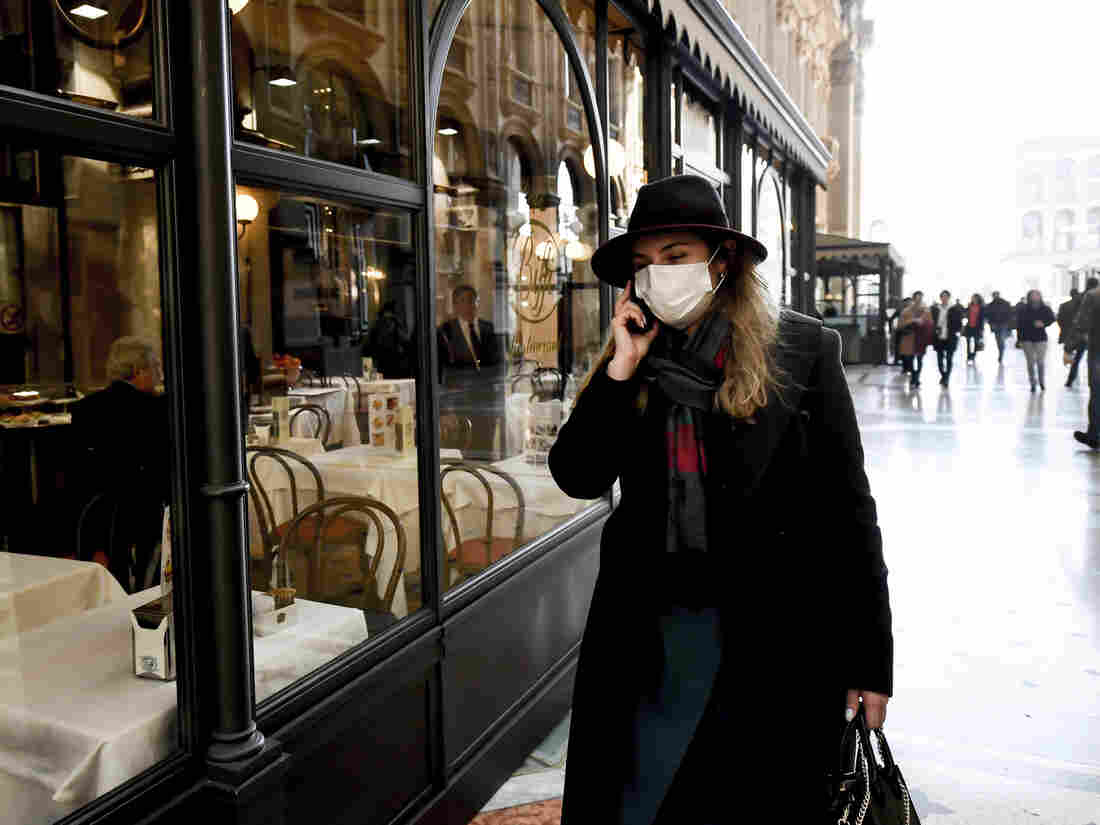 A woman wearing a face mask talks on her phone as she walks in the Galleria Vittorio Emanuele shopping arcade in downtown Milan on Monday. Italy’s Health Ministry says the country now has 229 coronavirus cases, with six deaths.

Italy reported a total of 229 novel coronavirus cases on Monday, leaping ahead of Japan (156 cases) on the list of worst-hit countries. Six people have died from the respiratory disease COVID-19 in Italy, and 27 more are in intensive care.

Italy’s biggest cluster of cases is in the Lombardy region, which has 172 cases, the country’s Health Ministry said Monday afternoon. The Veneto region, which includes Venice, has 33 cases, and Emilia-Romagna has 18.

Italian health officials have ordered a quarantine for tens of thousands of residents in Lombardy. But as NPR’s Sylvia Poggioli reports from Rome, Italy’s experts have not been able to piece together how the coronavirus got a foothold there.

As they watched the number of COVID-19 cases in Italy grow from a handful to hundreds, officials in Lombardy, which includes Milan, banned large public gatherings and shut down schools, universities, museums, movie theaters and other gatherings for at least one week.

“The governor of the Veneto region, Luca Zaia, announced suspension of the major tourist event in Venice, the famed Carnival, which was to have run through Tuesday and can draw more than 100,000 people daily,” Poggioli says.

Coronavirus has “pandemic potential” but isn’t there yet, WHO says

The head of the World Health Organization announced that COVID-19 could become a pandemic — but he says it hasn’t reached that stage. Still, Tedros Adhanom Ghebreyesus warned that people must be vigilant to contain a respiratory virus now confirmed in 32 countries.

“Does this virus have pandemic potential?” Tedros asked at a WHO briefing in Geneva on Monday. “Absolutely, it has. Are we there yet? From our assessment, not yet.”

The WHO director-general said his organization believes the coronavirus illness, COVID-19, “peaked and plateaued” earlier this month in China, which had reported 77,262 cases as of midday U.S. Eastern time on Monday. 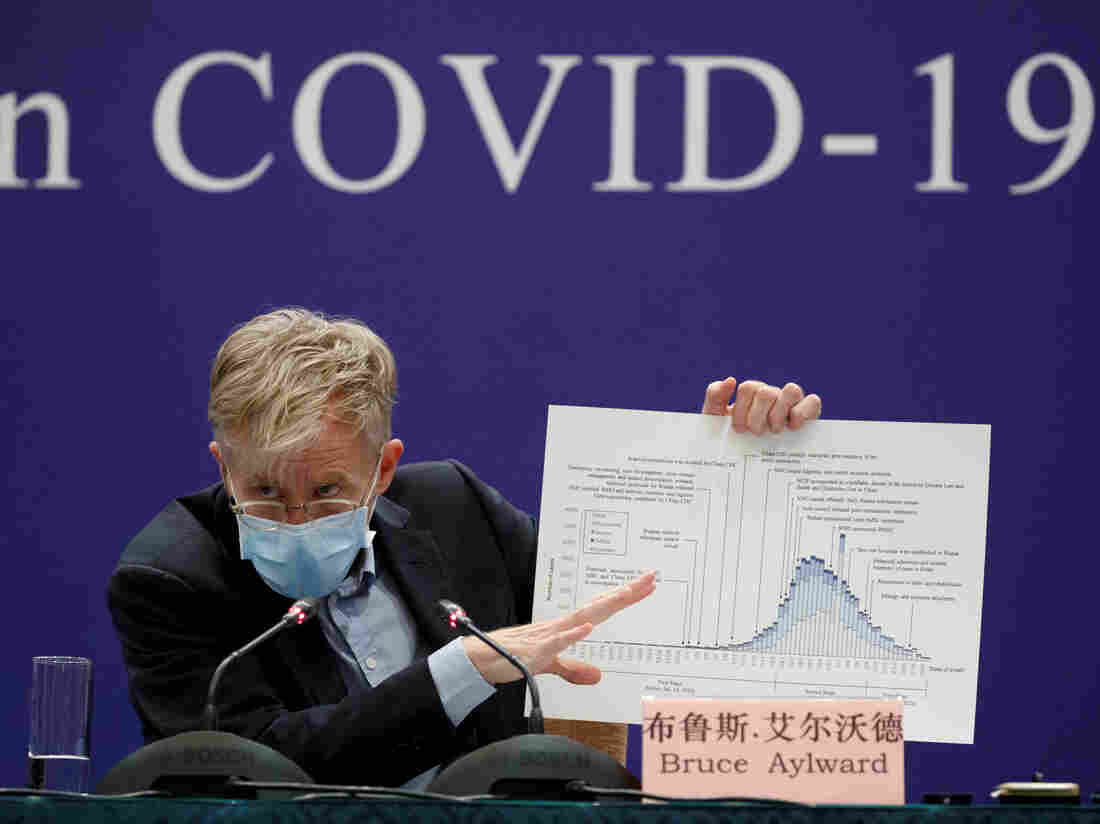 Bruce Aylward of the World Health Organization holds a chart about the COVID-19 outbreak during a briefing Monday in Beijing. The WHO says the virus has not risen to the level of a pandemic.

Tedros spoke as concern over the novel coronavirus reached new heights following spikes in the number of cases, from South Korea to Iran and Italy.

South Korea now has the largest cluster of cases outside mainland China, with 893 confirmed cases and seven deaths. That’s up sharply from last Thursday, when the country had just 51 cases.

As NPR’s Anthony Kuhn reports, the coronavirus epicenter in South Korea is in the city of Daegu, and many of the patients have been linked to a religious group called the Shincheonji Church of Jesus.

Fears that the virus could defy containment efforts and further crimp China’s huge economy shook financial markets around the world Monday. The Dow Jones Industrial Average fell more than 900 points when trading opened. At Monday’s close, the Dow, S&P 500 and Nasdaq were all down by more than 3%.

Tedros noted that the WHO has already declared the coronavirus outbreak a global health emergency, a step it took in late January as cases began to surge in China.

Health experts have warned that a pandemic declaration could be looming, with the disease having spread to so many countries that it’s no longer possible to contain it.

“We need to start to shift our thinking from containment of the virus to risk mitigation,” Dirk Pfeiffer, who studies emerging infectious diseases at the City University of Hong Kong, told NPR’s Jason Beaubien.

The new goal, Pfeiffer said, should be to minimize the coronavirus’ risk to the people who are most vulnerable to severe cases, similar to how influenza is treated.

But in his update on the COVID-19 outbreak, Tedros said that there’s still a chance to prevent a pandemic — and that for now, the outbreak doesn’t fit the formal definition of a pandemic. For instance, he said, WHO experts aren’t seeing an “uncontained global spread of this virus, and we are not witnessing large-scale severe disease or death.”

The fatality rate for the coronavirus is between 2% and 4% in Wuhan, China, where it was first identified, according to the WHO. Outside that area, the figure drops to less than 1%. People with a mild case of the coronavirus recover in about two weeks, the WHO said.

A more accurate way to look at COVID-19 right now, according to Tedros, is to view it as causing a number of individual epidemics in several countries. Each of those epidemics is different and requires its own unique response, he said. And he reiterated his call to spread facts, not fear.

“Using the word ‘pandemic’ now does not fit the facts, but it may certainly cause fear,” he said.

Tedros urged governments and citizens alike to focus on preventing further infections: “We must focus on containment, while doing everything we can to prepare for a potential pandemic.”