The U.S. saw 20% more deaths than expected from March to August, 67% of which were attributed to COVID-19, according to new research.

Researchers from Virginia Commonwealth University (VCU) and Yale University published findings on Tuesday in JAMA, in which they analyzed death data from the National Center for Health Statistics and US Census Bureau.

“Although total U.S. death counts are remarkably consistent from year to year, U.S. deaths increased by 20% during March-July 2020,” study authors wrote. “COVID-19 was a documented cause of only 67% of these excess deaths.” 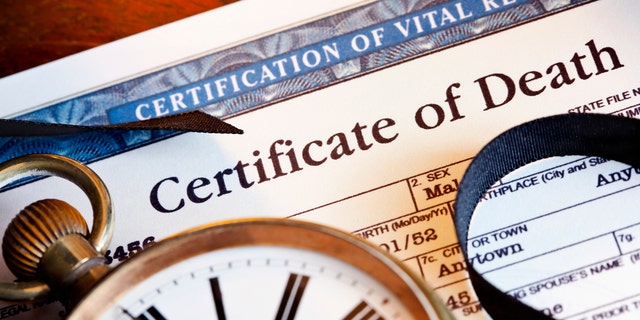 The U.S. saw 20% more deaths than expected from March to August, 67% of which were attributed to COVID-19, according to new research. (iStock)

NEW CORONAVIRUS CASES IN US UP BY 11% OVER LAST WEEK: REPORT

“Contrary to skeptics who claim that COVID-19 deaths are fake or that the numbers are much smaller than we hear on the news, our research and many other studies on the same subject show quite the opposite,” lead author Dr. Steven Woolf, director emeritus of VCU’s Center on Society and Health, wrote in a university news release.

According to data compiled by Johns Hopkins University, there are at least 215,549 reported COVID-19 deaths in the U.S.

There was a statistically significant rise in deaths tied to causes other than COVID-19, like heart disease and dementia during certain weeks, some of which researchers noted coincided with surges in coronavirus cases.

Woolf said some people who were never infected may have died due to pandemic-related disruptions. “These include people with acute emergencies, chronic diseases like diabetes that were not properly cared for, or emotional crises that led to overdoses or suicides,” he wrote in the release.

Also, several states with the highest death rates (New Jersey, New York, and Massachusetts) comprised 30% of nationwide excess deaths but had the shortest lasting epidemics at less than 10 weeks. These states “bended the curve” and brought death rates down, researchers noted, whereas other states like Texas, Florida and Arizona saw longer surges (16-17 weeks) later during the summer, per the study.

“We can’t prove causally that the early reopening of those states led to the summer surges. But it seems quite likely,” Woolf said. “And most models predict our country will have more excess deaths if states don’t take more assertive approaches in dealing with community spread. The enforcement of mask mandates and social distancing is really important if we are to avoid these surges and major loss of life.”