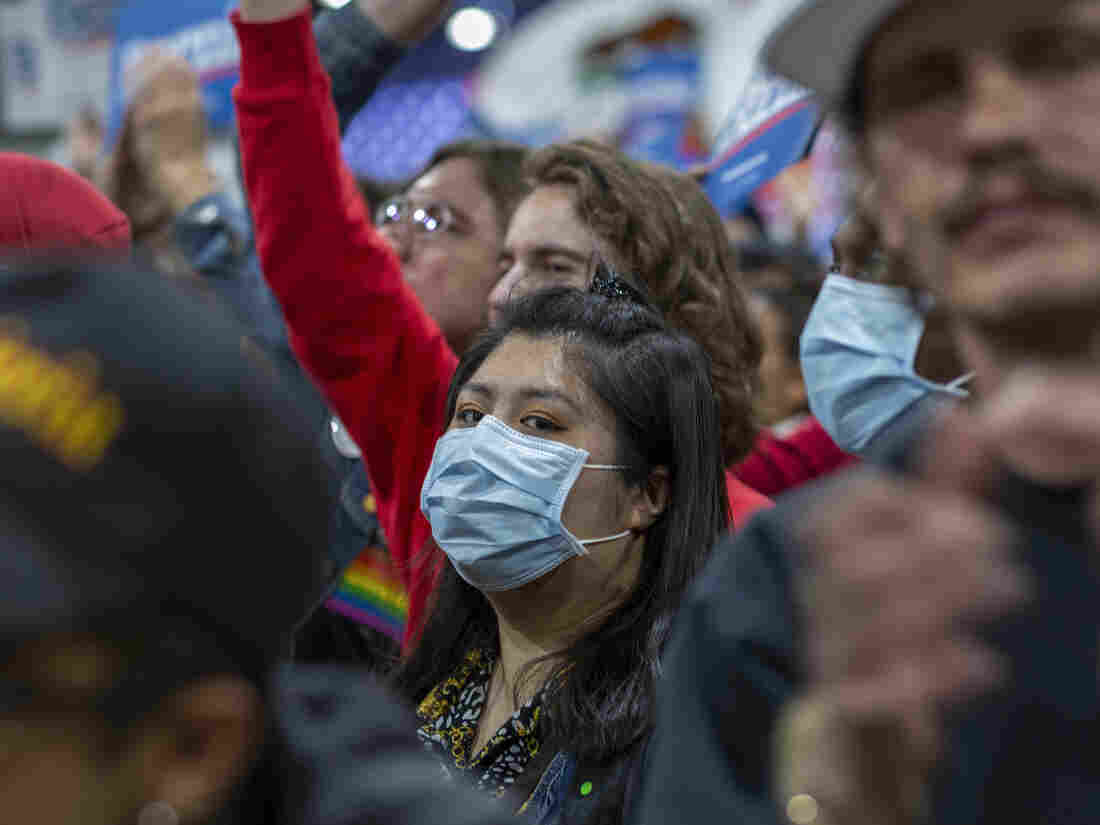 A second person has died from COVID-19 in the U.S., officials in Washington state say. A woman in California wears a medical mask during a political campaign rally.

A man in Washington state has become the second person in the U.S. to die from the coronavirus disease COVID-19. The man was in his 70s and had been living at a nursing facility near Seattle that is now suspected of being the site of America’s first outbreak of the new coronavirus.

News of the man’s death came just one day after officials reported Washington state’s first death from the illness — also in King County.

The second victim, who has not been identified, was a resident at the Life Care Center of Kirkland, where dozens of other people have shown symptoms of COVID-19. The nursing center northeast of Seattle says anyone with symptoms is being isolated under infection control protocols, but it notes that at this time of year, cold and flu-like symptoms are common.

There have now been 10 confirmed cases of the coronavirus illness in the Seattle area, according to the public health agency for Seattle and King County.

“A team of CDC officials is on-the-ground” in King County to help the local effort, according to Public Health – Seattle & King County.

Also over the weekend, health officials reported the first confirmed COVID-19 cases in Florida, New York and Rhode Island. There are currently at least 86 cases of the coronavirus illness in the U.S. — including cases among people repatriated from China and from the Diamond Princess cruise ship — according to a tracking tool created by the Johns Hopkins Whiting School of Engineering.

“Florida has 2 presumptive positive #COVID19 cases,” the Florida Department of Health says via Twitter. “One adult resident of Hillsborough County and one adult resident of Manatee County. Both individuals are isolated and being appropriately cared for.”

The New York case involves a woman in her 30s who had recently traveled to Iran and is now isolated in her home. While she has symptoms of COVID-19, she is not in serious condition and “has been in a controlled situation since arriving to New York,” Gov. Andrew Cuomo said in a statement. 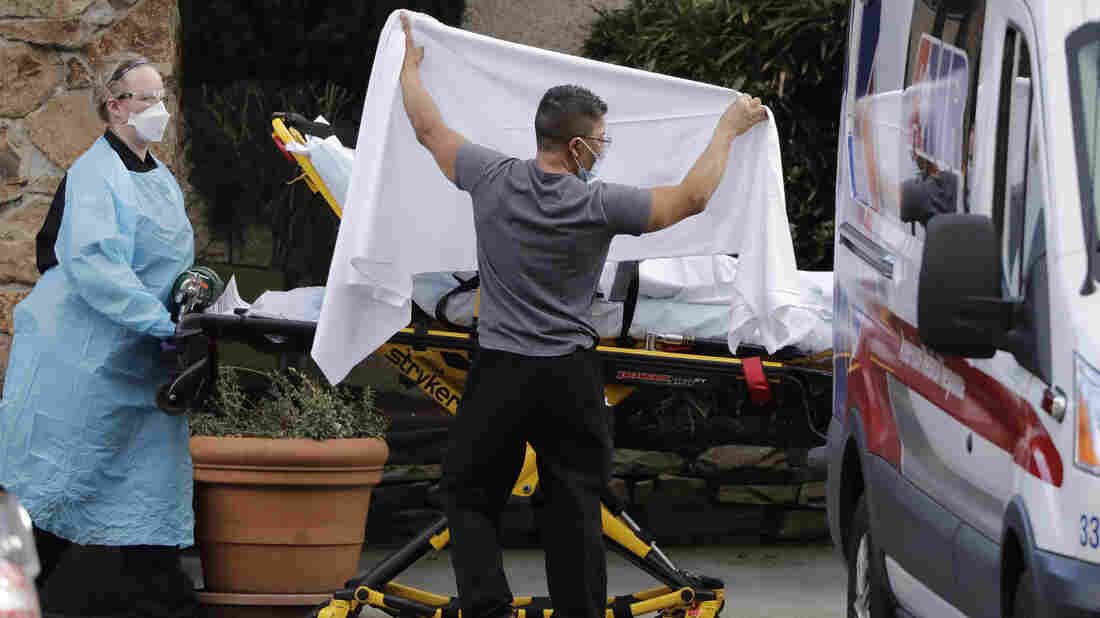 A staff member holds a sheet as a privacy screen as a person on a stretcher is taken to an ambulance from Life Care, a nursing facility where dozens of people are being tested for the COVID-19 virus in Kirkland, Wash., northeast of Seattle.

In the Rhode Island case, the patient “is in their 40s and had traveled to Italy in mid-February,” the Rhode Island Department of Health said. It added that the Centers for Disease Control and Prevention is working to trace people who were on the patient’s return flight to the U.S.

The coronavirus illness is likely to continue to spread in the United States, health officials say. In a sign of that, cases of “community spread” – among people with no history of travel to affected areas or contact with people known to be infected — have now been reported in California, Washington state and Oregon.