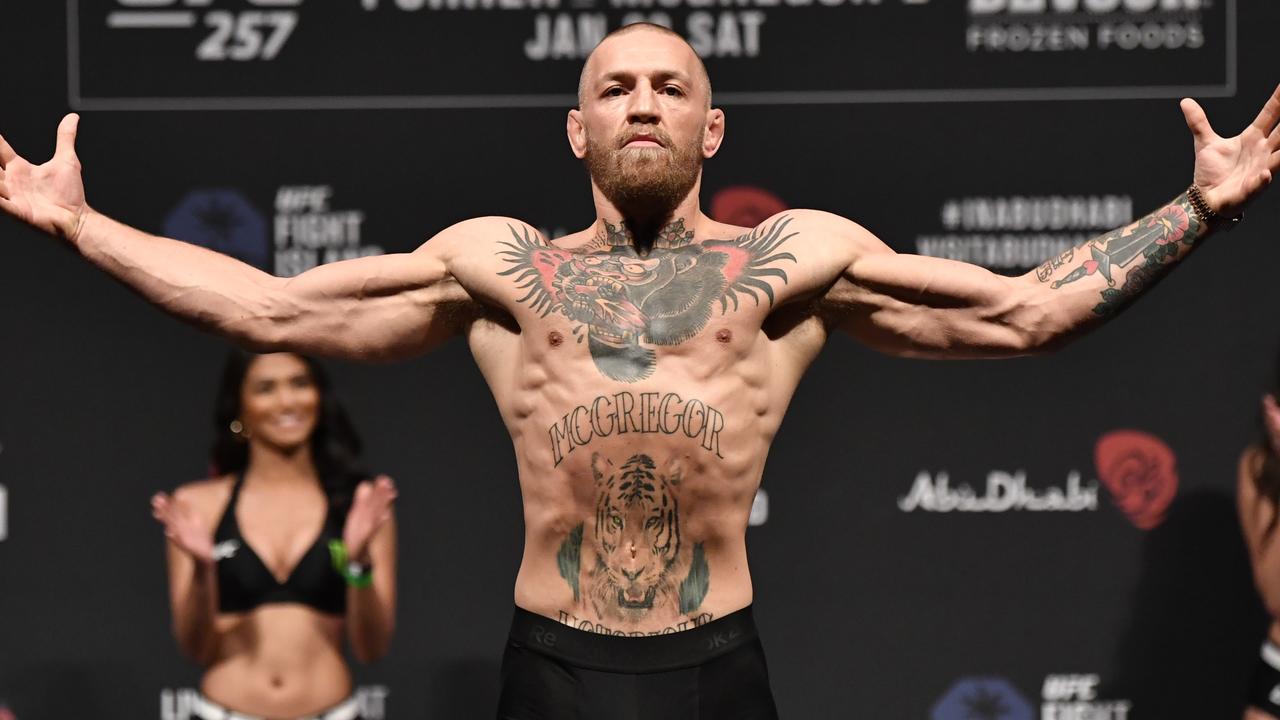 Conor McGregor is looking fighting fit and ready to rumble as he showed off a ripped physique ahead of his blockbuster return to the Octagon this weekend.

The Irishman will take on Dustin Poirier at UFC 257 on Sunday (AEDT) in his first fight since beating Donald Cerrone in January last year, and tipped the scales right on the 155-pound (70.3kg) limit for the lightweight bout at Saturday’s weigh-ins.

Veins popping and muscles bulging, McGregor was in seriously slick shape as fans pointed out how much better he looks now than when he weighed in as a lightweight for his defeat to Khabib Nurmagomedov back in October 2018.

MMA analyst and podcaster Luke Thomas reacted to a photo from then and now by tweeting: “Lighting conditions are different, but it does appear McGregor is in significantly better shape.

“Conor McGregor appears to be in phenomenal condition.”

Although Poirier weighed in just over the limit at 156 pounds (70.8kg), fighters are given one pound leeway in non-title fights so the blockbuster scrap is going ahead as planned.

McGregor will be looking for the same result as the last time the pair met, when he beat Poirier via a first round TKO in 2014.

Kept in the UFC wilderness last year as president Dana White chose not to waste the promotion’s biggest cash cow in an empty stadium because of COVID-19, a small crowd will be on hand at Fight Island off the Abu Dhabi coast to see if The Notorious performs his billionaire strut.

“I’m going to put on a flawless performance, an absolute clinic,” McGregor told BT Sport recently. “I’ve never been more confident in my endurance than I am now.

“I’m excited all across the board, I’m confident. All my skill are on fire at the minute.”

The winner of Sunday’s fight will earn the right for a shot at the lightweight title as speculation rages Nurmagomedov will come out of retirement to defend his strap.

In the co-main event, lightweights Dan Hooker and Michael Chandler both weighed in at 156 pounds while Ottman Azaitar was suddenly withdrawn from the main card because of “a recent violation of the health and safety protocols”.

ESPN reports the UFC cut Azaitar from its roster completely just a day before his scheduled fight against Matt Frevola for giving a wristband to another man so he could enter the fighters’ hotel, which breached the bio-secure bubble.