From Tom Hardy grinding out endless press-ups for Bane and Bronson to Zac Efron hitting a 1000-rep bodyweight workout on the regular, the methods that some Hollywood actors go to for their roles can be absolutely staggering.

Few other actors can epitomise the Hollywood ‘transformation’ better than Christian Bale, who, in his career, has fattened-up for American Hustle, shredded down to single-digit body fat for American Psycho, bulked up for the Dark Knight trilogy, then lost weight — to the tune of 30kg after 2016’s Vice — for Le Mans 66.

However, there’s one role that gets more attention than all of the rest combined: Christian Bale’s portrayal of emaciated insomniac Trevor Reznik in 2005 thriller The Machinist. To play Reznik, a factory worker riddled with psychological problems, Bale dropped four stone (25kg) in four months using an extremely calorie-sparse diet to ditch the weight from his previous role in 2000’s American Psycho. 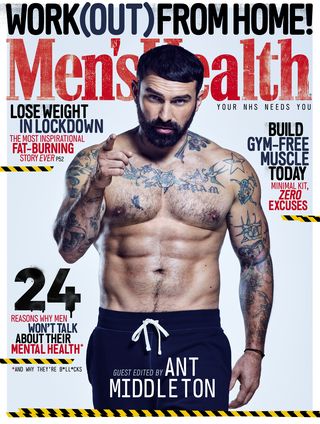 Across the four months of pre-production, Bale subsided on a diet of black coffee, one apple and a tin of tuna per day. Speaking to Esquire UK, Harley Street health expert Daniel O’Shaughnessy explains that “this is less than 200 calories per day, so it’s not healthy at all. An extreme diet like this will play havoc with your metabolism and cause a lot of stress on the body.”

He’s not wrong. In a 2019 interview with E!, Bale admitted that he wasn’t looking to explore the option of undertaking any more drastic Hollywood transformations. “I’ve become a little bit more boring now, because I’m older and I feel like if I keep doing what I’ve done in the past I’m going to die. So, I’d prefer not to die.” In a separate interview with the Sunday Times Culture magazine, Bale said of his transformations: “I can’t keep doing it. I really can’t. My mortality is staring me in the face.”

For comparison, Bale gained a sizeable 19kg (43lbs) for 2013’s American Hustle. “I ate lots of doughnuts, a whole lot of cheeseburgers and whatever I could get my hands on,” he told People after the filming wrapped. “I literally ate anything that came my way. I was about 185[lbs] and went up to 228.”

At this point, it goes without saying that Bale’s Machinist transformation diet is totally, unquestionably, unsuitable for anyone to even attempt. Now 15 years since its release, the spartan diet serves little more than a reminder of the effect that a low-calorie diet can serve. In fact, Bale’s method of ‘binge-eating and weightlifting‘ for 2015’s Batman Begins sounds much more approachable. Make ours a cheeseburger.

Sign up to the Men’s Health newsletter and kickstart your home body plan. Make positive steps to become healthier and mentally strong with all the best fitness, muscle-building and nutrition advice delivered to your inbox.

Edward Cooper
Ed Cooper is the Deputy Digital Editor at Men’s Health UK, writing and editing about anything you want to know about — from tech to fitness, mental health to style, food and so much more.