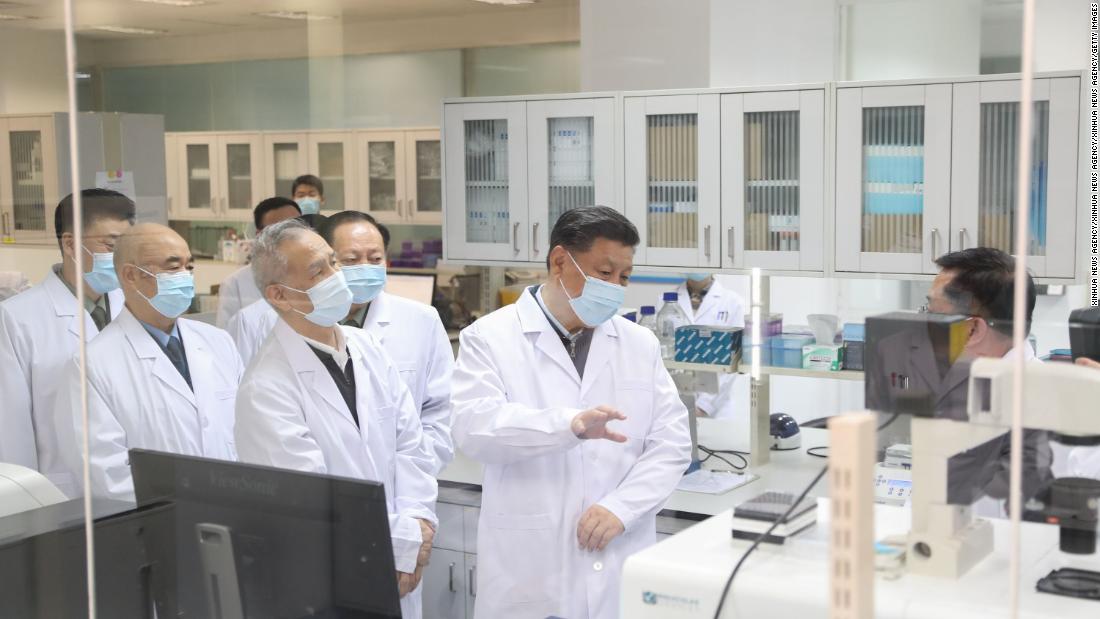 “Since the first wave of Covid-19 appeared in Wuhan, China has already survived the impact of Covid-19 several times,” Gao Fu, director of the Chinese Center for Disease Control and Prevention (CDC), said at a vaccine summit in the city of Shenzhen on Saturday, according to state-run news agency China News Service.
The question of vaccinating the public was one of balancing “risks and benefits,” he added, pointing to factors like cost and potential side effects. There isn’t currently a need for mass vaccination at this stage — though that could change if another serious outbreak takes place, Gao said.
The policy marks China apart from many Western governments, most notably Australia, that have outlined plans to introduce mass public vaccination drives.
China’s reported virus numbers have stayed low since the spring. There have been a few flare-ups — clusters in the northeastern Jilin province in May, an outbreak in Beijing in June, and another in the Xinjiang capital of Urumqi in July — but these were met with immediate lockdown measures and mass testing, and the outbreaks were contained within a few weeks.
Gao cited these brief outbreaks as evidence of China’s effective containment measures. “The facts have proven that we have several magic weapons to respond to the epidemic,” he said, according to China News Service.
Any potential vaccine would instead be prioritized for those on the front lines, he added: medical workers, Chinese nationals working overseas in virus hostpots, and people working in dense, high-risk environments like restaurants, schools or cleaning services.
On Saturday, China’s National Health Commission only recorded 10 new symptomatic confirmed cases, all imported from overseas. It also reported 70 new asymptomatic cases, which are counted separately, also all imported.
CNN has reached out to the NHC for further comment.

Global race for a vaccine

Despite Gao’s comments, China has been one of the biggest players in the global race to develop a coronavirus vaccine.
China is the world’s largest producer and consumer of vaccines, and can supply more than 1 billion doses of a vaccine annually from 40 manufacturers across the country, according to the 2018-2022 China Human Vaccine Industry Report.
Of the more than 30 vaccines currently in human trials globally, nine are from China — the most from any country. And four of the nine vaccine candidates in late-stage trials are being developed by Chinese companies.
Just last week, the University of Hong Kong announced that clinical trials have been approved for a nasal spray vaccine, developed in collaboration with mainland Chinese researchers.
<!–
China has already pushed forward some vaccines before their efficacy has been fully proven. In late June, the country approved an experimental vaccine for use by its military. And since July, China has been using a different experimental vaccine on people who work in “high risk” jobs like medical professionals and border agents. Neither vaccine has completed Phase 3 trials.
Other countries may follow suit; the Indian health minister said on Sunday that the government was considering granting emergency authorization to Covid-19 vaccine candidates before the completion of Phase 3 trials.
Gao himself was injected with an experimental vaccine in July, in a move that was “intended to enhance the public’s confidence in vaccines,” according to state-run tabloid Global Times.
Experts have previously said that vaccination is key for countries like China, where the percentage of infected people within the population is relatively low due to strict containment measures.
“The overall immunity is very low. And so in these places, definitely the way forward is vaccinations,” said Ivan Hung, an infectious diseases specialist at the Hong Kong University School of Medicine, in late August.
But Gao warned on Saturday that vaccine development is still a work in progress, with risks of poor side-effects.
“Since there has never been a Covid-19 vaccine developed before, which makes this case the very first in science, it is possible that it may induce ADE (antibody-dependent enhancement) effects as any other firsts we will possibly face,” he said, according to Global Times.
ADE is when specific antibodies help a virus to enter cells and replicate — basically, when a treatment makes the disease worse.
“Scientific research is a very rigorous process, we need to give scientists a bit more time,” he added.

[ad_1] Researchers in the U.K. are looking for healthy volunteers who are willing to …