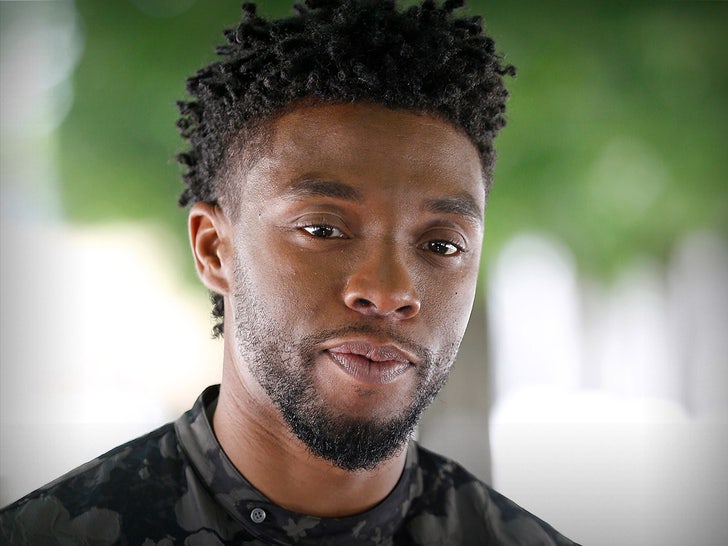 Chadwick Boseman‘s still playing the hero, because his life story’s inspiring people to take action … in the ongoing fight against colon cancer.

Several leading organizations focused on beating colorectal cancer — the third leading form of cancer in both men and women in the U.S. — tell TMZ … the “Black Panther” star’s shocking death instantly brought about a massive increase in awareness, donations, and love for those dealing with it.

Anjee Davis, President of Fight Colorectal Cancer, tells us along with a huge outpouring of grief for the actor, her org got a major boost in social media engagements and support … which resulted in raising nearly $10,000.

She says the funds will go toward research to seek better treatment options and a cure for colon cancer, but just as important … she hopes the heightened awareness pushes people to get early screenings, look into their family history of cancer, and be on alert for signs and symptoms.

Likewise for Michael Sapienza, CEO of the Colorectal Cancer Alliance, who says Chadwick’s death — at 43, after a 4-year cancer battle — has already brought on “the most monumental change” to how people view the disease.

Though the Marvel superhero chose to keep his battle shielded from the public, Sapienza’s encouraging the public to be more open to discussing colon cancer to shed the stigma … especially since it’s increasingly affecting younger people like Boseman.

Cindy Borassi, Interim President for the Colon Cancer Foundation, also points out the increasing impact on younger Americans, and adds, to make matters worse … screenings have gone way down due to the pandemic.

She tells us it sometimes takes a “larger-than-life personality” like Boseman to boost outreach, awareness and support, and while it’s tragic … that’s what is happening here.

Borassi says donations to the org have increased at least 300 percent since Friday, and she believes his death will result in huge companies like Disney and Marvel joining forces in the effort to eradicate colon cancer.

As we reported … Chadwick’s passing has inspired numerous tributes from friends and fans, and action-figure memorials from kids who love and miss him.