May 13, 2021
Home Health News CDC will alert doctors to look out for syndrome in children that could be related to coronavirus – CNN

The syndrome, marked by persistent fever, inflammation, poor function in one or more organs, and other symptoms similar to shock, was first reported by New York officials.
More states began reporting diagnoses of the syndrome this week. 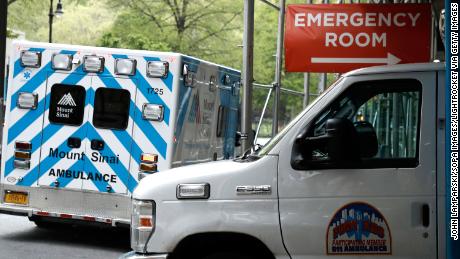 An informal panel of pediatricians organized by Boston Children’s Hospital have dubbed the mysterious illness “Pediatric Multi-System Inflammatory Syndrome Potentially Associated with COVID-19.”
The CDC warning will go out on the Health Alert Network (HAN) to thousands of physicians and other clinicians across the country, the agency spokesman said.
“We will provide a working case definition of what cases look like,” the spokesman said.
Doctors will be asked to report cases to state and local health departments so that the CDC can learn about the syndrome.
The CDC is working with the Council of State and Territorial Epidemiologists to get the definition of the syndrome — which could be released Wednesday or Thursday, the spokesman added.

Where cases have been reported

The New York State Department of Health is investigating about 100 possible cases of the illness in children, Gov. Andrew Cuomo said Tuesday.
The majority of the cases are in children between the ages of 5 and 9 (29%) and between 10 and 14 (28%) years old, state data shows. 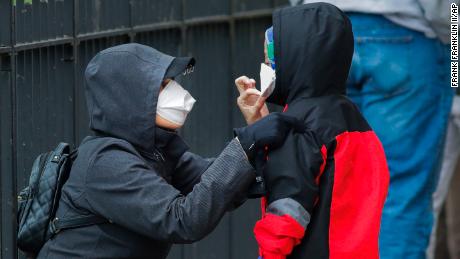 The governor announced last week that three youth had died because of the illness.
“We lost three children, (a) 5-year-old boy, 7-year-old boy and 18-year-old girl,” Cuomo told reporters Tuesday.
In Kentucky, Health Commissioner Dr. Steven Stack, announced the state is aware of two patients diagnosed with the syndrome.
One case is a 10-year-old, who is critically ill in the intensive care unit and the second patient is a 16-year-old, who is doing well and is in a regular medical bed, Stack said.
Stack said the 10-year-old patient is showing signs of improvement and has had some of the medications reduced, meaning that their body is showing signs of recovery.
“The children who get sick with this can have cardiovascular collapse and require supportive measures to maintain their blood pressure, or respiratory collapse requiring breathing support with a mechanical ventilator,” Stack said.
And Boston Children’s Hospital spokeswoman Erin Tornatore told CNN Tuesday two children with the syndrome were hospitalized there, but neither was in intensive care.

What the treatments include 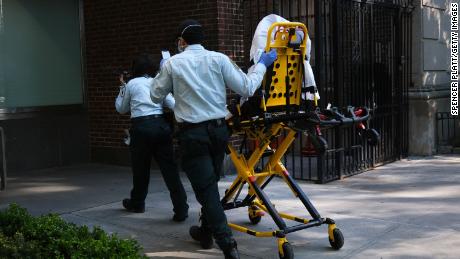 “In some cases, children present with shock and some have features of Kawasaki disease, whereas others may present with signs of cytokine storm. In some geographic areas, there has been an uptick in Kawasaki disease cases in children who don’t have shock,” Boston Children’s Hospital rheumatologist Dr. Mary Beth Son said.
Kawasaki disease involves inflammation in the walls of medium-sized arteries and can damage the heart. A cytokine storm is an immune system overreaction that can cause widespread inflammation and organ damage.
Treatments may include blood thinners and immune system modulators.
“To date, most children affected have done well. Treatments have included anticoagulation, IV immunoglobulin, IL-1 or IL-6 blockade, and corticosteroids. Some children have only needed supportive care,” Boston Children’s Hospital said on its website.