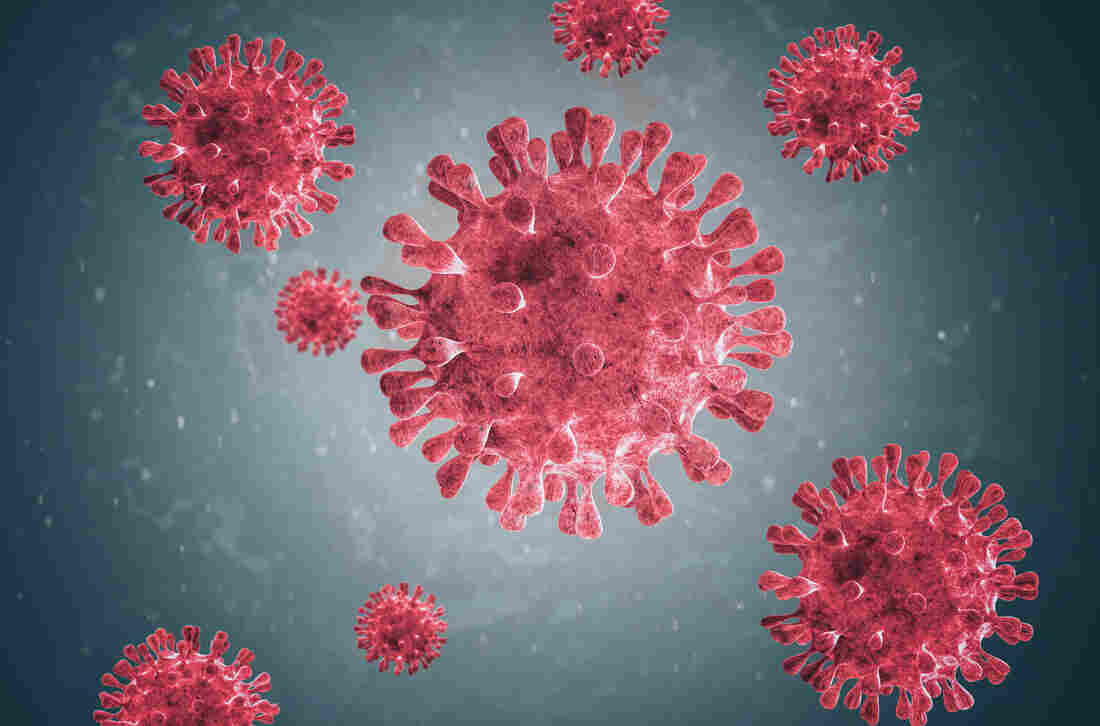 Airborne transmission of coronavirus can occur, especially in poorly ventilated and enclosed spaces, according to the CDC.

The Centers for Disease Control and Prevention now says the coronavirus can be spread through airborne particles that can linger in the air “for minutes or even hours” — even among people who are more than 6 feet apart.

The CDC still says that SARS-COV-2 is most frequently spread among people in close contact with one another, through respiratory droplets produced when an infected person coughs, sneezes or talks. But in new guidance published Monday on its website, the agency also acknowledged that under certain circumstances, people have become infected by smaller particles that can linger in the air in enclosed spaces that are poorly ventilated.

“Sometimes the infected person was breathing heavily, for example while singing or exercising,” the CDC writes. In such cases, the CDC says, there’s evidence that the amount of smaller infectious droplets and particles that a contagious person produces “became concentrated enough to spread the virus to other people” – even if they were more than 6 feet away. In some cases, the CDC says, transmission occurred “shortly after the person with COVID-19 had left” the room.

Many experts who study the airborne transmission of viruses have been warning that the coronavirus can spread through the air for months. Last month, many experts cheered when the CDC seemed to address the issue, posting an update that suggested that aerosols – tiny airborne particles expelled from a person’s mouth when they speak, sing, sneeze or breathe — might be among the most common ways the coronavirus is spreading. But the agency took down that guidance just a few days later, saying it was a draft proposal that was posted to its website in error. The CDC’s latest guidance stops short of calling airborne transmission “common.”

“It’s gratifying to see CDC acknowledge that there’s a role for airborne transmission with this virus,” says Donald Milton, an aerobiologist at the University of Maryland and co-author of a letter published in the journal Science on Monday that calls for clearer public health guidance on how the coronavirus spreads through the air. However, the distinction between the CDC and Milton and his co-signers is how often airborne transmission happens.

In a call with reporters Monday, Milton and his co-signers on the Science letter said the evidence suggests that airborne transmission is probably the dominant form of transmission – even in close-contact situations within 6 feet of an infected person.

“Airborne transmission happens by inhalation of virus that’s in the air,” says Linsey Marr, a professor of engineering at Virginia Tech and an expert in aerosol science. “And this is happening even more frequently when people are close to each other.”

So how does this affect how we should protect ourselves in practical terms? Marr and other experts say people should be wearing a mask whenever they are indoors with people outside of their household pod – even if they are standing more than 6 feet apart, or even in a situation where a plexiglass barrier is in place. Marr says masks are also a good idea outdoors if you are going to be in prolonged contact with people not in your household, even if you are more than six feet apart. “It’s a grayish area where I think adopting the precautionary principle is best,” Marr says.

It also means that “ventilation really is just so important,” says Kimberly Prather, an atmospheric chemist at Scripps Institution of Oceanography and lead author of the Science letter. She recommends opening doors and windows, moving gatherings outdoors whenever possible, and the use of standalone air filters in rooms. (Prather, Marr and other scientists offer more tips in this FAQ on improving ventilation.)

In addition to improving ventilation indoors, the CDC says people should stay at least 6 feet away from others whenever possible, avoid crowded indoors spaces and – as always – wash their hands regularly.

[ad_1] The CDC is fine tuning its message about wearing a mask. “I’m glad …