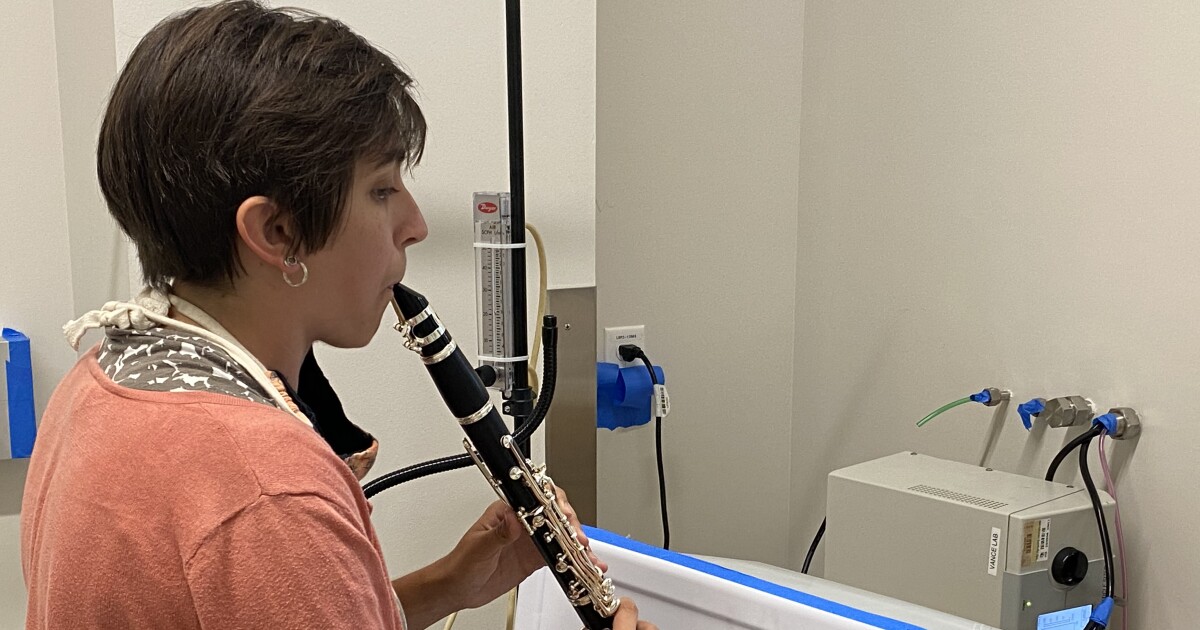 The coronavirus spreads most commonly in the air, through droplets or other tiny respiratory particles that apparently can remain suspended and inhaled, the Centers for Disease Control and Prevention says in new guidance.

The smaller particles, known as aerosols, are produced when an infected person coughs, sneezes, sings, talks or breathes and can be inhaled into someone’s nose, mouth, airways or lungs, according to the CDC, which says that, in general, indoor settings without good ventilation increase the risk of contagion.

“This is thought to be the main way the virus spreads,” the CDC has posted on its website. “There is growing evidence that droplets and airborne particles can remain suspended in the air and be breathed in by others and travel distances beyond six feet (for example, during choir practice, in restaurants or in fitness classes).”

Experts on aerosols and the coronavirus said the change constitutes a profound shift in understanding of how the virus that has claimed almost 200,000 lives in the United States spreads. However, the updated two-page explanation provided little new guidance on how to protect against airborne transmission.

Previously, the federal health agency had said the coronavirus spreads mainly between people within about six feet of one another and through direct propulsion of exhaled droplets that land in the noses and mouths of individuals nearby. The CDC also said — and still says — that people may become infected by touching something that has the virus on it and then touching their mouth, nose or eyes, but that touch is not the main way it spreads.

Researchers studying transmission of the deadly virus noticed the new guidance Sunday on the CDC’s website, labeled as an update from Friday. As with some other updates, the CDC made the fundamental changes to its guidance without issuing an announcement.

The CDC did not respond Sunday to requests to discuss the update.

In the guidance, the CDC website says that in addition to wearing masks, washing hands and staying “at least six feet away” from others, people should stay home and isolate themselves when sick and “use air purifiers to help reduce airborne germs in indoor spaces.” Previously, the advice was to maintain “good social distance” of “about six feet.”

The CDC and the World Health Organization have long resisted the notion that the coronavirus spreads farther than about six feet through the air, with the WHO initially maintaining that airborne transmission occurred only during certain medical procedures. But in July, under growing pressure from researchers, the WHO acknowledged that the virus could linger in the air indoors and potentially infect people even when they practice social distancing.

Aerosol scientists have found mounting evidence — including “super-spreading” events such as choir practices in which multiple people were infected — that the virus can spread through microscopic respiratory particles. This week, the scientific journal Indoor Air accepted a paper for publication that found that many of the 53 choir singers who became sick after attending a March 10 practice in Mount Vernon, Wash., likely caught COVID-19 through airborne transmission.

Jose-Luis Jimenez, a University of Colorado Boulder aerosol scientist and one of the authors of that report, said in an interview Sunday that the CDC’s updated guidance represented a major shift. Until now, he said, agency scientists have said that the virus is transmitted through the air when droplets shoot out of one person’s mouth or nose in the form of projectiles, directly infecting another person.

“They changed it and didn’t tell anybody,” he said.

Donald Milton, a University of Maryland environmental health professor and an expert on aerosols, said in an interview Sunday that the CDC has gradually come around to the concept of airborne transmission as evidence has accumulated, and he noted that the agency has made unannounced changes to its guidance in the past.

“They’ve been paying attention and moving in response to research, so I’m glad to see that they’re continuing and that there’s nobody getting in the way,” he said.

Without notice in May, the CDC altered guidance for reopening houses of worship, deleting a warning posted the previous day that said the act of singing may contribute to coronavirus transmission — a switch reportedly due to pressure from the White House. Friday’s updated guidance identified singing as one of the activities that could produce infectious aerosols.

Jimenez and Milton said it’s important to wear masks to reduce the risk of spreading and contracting COVID-19. They said it’s crucial to make sure face coverings fit properly, so that aerosols don’t escape or enter through gaps in the mask around the nose or mouth.

“Aerosols can travel farther than six feet, but they’re more concentrated the closer you get, so standing as far away as possible reduces risk,” Milton said. “The reason that bars have been such a big problem is that people get loud when they get alcohol onboard and move close together to hear, and you can’t drink a beer or a shot with a mask on.”

Milton and Shelly Miller, another aerosol researcher at the University of Colorado Boulder, are studying ways that singing and playing wind instruments might be made safer through distancing, ventilation and masking with various types of materials. The research is funded by national choral and instrumental associations whose members have been unable to gather during the pandemic.

Good ventilation reduces risk indoors, as does simply opening windows to let air circulate, the researchers said. Ceiling units that use ultraviolet light to kill the virus are also showing promise, they said.

Milton and Jimenez were among a group of researchers who drafted an open letter to the WHO, ultimately signed by 239 researchers from 32 countries, that urged officials to accept the possibility that aerosols play a major role in spreading the virus. The WHO revised its guidelines after receiving the letter July 6, saying that airborne transmission had not been definitively demonstrated but recommending that people avoid poorly ventilated, crowded spaces.

The CDC has now taken another significant step to acknowledge the role of aerosols, Jimenez said.

“The entire field of aerosol science is telling them that the understanding of ballistic droplets is outdated, and it’s really aerosols that are spreading the virus,” he said.