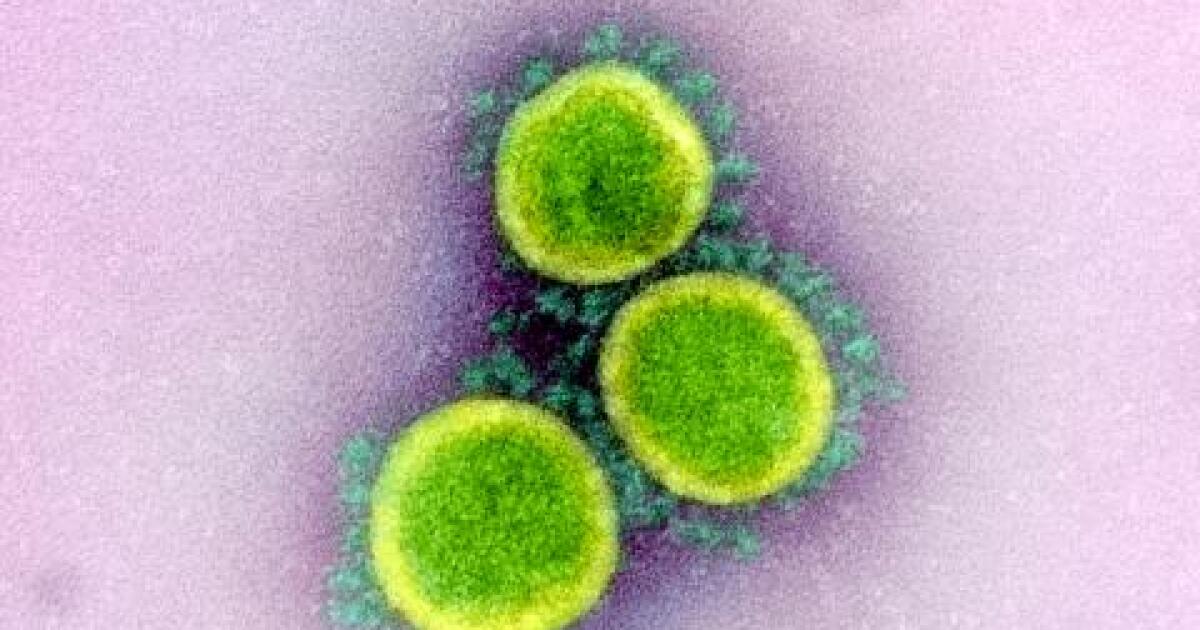 New federal guidelines that acknowledged the role of aerosols in the spread of COVID-19 were removed Monday from the website of the Centers for Disease Control and Prevention, which said they had been posted by mistake.

The updated information about coronavirus-laden aerosols, which came to the attention of independent scientists on Sunday, was “a draft version of proposed changes” that had been “posted in error to the agency’s official website,” according to a notice that was added to the CDC site.

New guidance that clarifies the risk posed by aerosols will be posted once the update process is completed, the notice said.

The reversal threatened to further undermine the CDC’s credibility in the midst of a pandemic and renewed charges that the Trump administration is improperly meddling in the agency’s scientific process.

A CDC spokesman said the site had been updated “without appropriate in-house technical review.” The criteria for making such changes are now under review, he added.

For now, the CDC says the coronavirus mainly spreads from person to person via tiny respiratory droplets that are produced when an infected person coughs, sneezes or speaks. Those droplets may land in the noses and mouths of other people within about six feet, potentially seeding a new infection.

The draft guidance added that the virus could also spread through smaller airborne particles, and that these aerosols could travel farther than six feet in certain circumstances, including in restaurants, at gyms and during choir practices.

Generally no more than 100 microns in size — less than the average diameter of a human hair — aerosols are light enough to remain suspended in the air. That means it would be risky to spend time in indoor areas without proper ventilation, the draft said.

Although virus-laden droplets and aerosols could land on surfaces that are touched by others who then touch their own nose, mouth or eyes, this is not considered a primary way the virus spreads, according to the draft, which bore Friday’s date.

Independent researchers said Monday that they were confused by the sudden reversal.

“I don’t know if it was an honest mistake or if it’s political influence,” said Linsey Marr, an environmental engineer at Virginia Tech and an expert on airborne transmission of viruses.

“I would like to see the website reflect the best available scientific evidence, which is that COVID-19 commonly spreads through inhalation of aerosols, and this means that we need to wear masks even when we’re farther than six feet away from other people, and we need to ensure that our buildings have good ventilation,” she said.

If approved, the draft guidelines would constitute a major shift in the CDC’s understanding of the virus that has claimed almost 200,000 American lives, and how it spreads. It would also mean that the agency’s current advice to stay six feet away from others and to wear a mask that covers the nose and mouth wouldn’t be enough to stop the virus from spreading.

Marr and other researchers have tried for months to get the CDC and the World Health Organization to accept evidence that the coronavirus spreads through aerosols. In response to growing pressure, WHO officials revised their guidelines slightly July 9, granting that some outbreaks may have been caused by aerosols, but saying that airborne transmission had not been definitively demonstrated.

On Monday, WHO officials said they were checking with the CDC to better understand any changes in guidelines. Dr. Michael Ryan, executive director of the WHO’s health emergencies program, told reporters in Geneva that they were checking on “the exact nature of the change, if any” in the U.S. agency’s stance concerning transmission via aerosols.

“Certainly we haven’t seen any new evidence, and our position on this remains the same,” Ryan said.

Jose-Luis Jimenez, a University of Colorado Boulder physicist and aerosol scientist, said Monday that he was surprised to see that the draft CDC guidance described the coronavirus as an “airborne virus.” That term can be understood loosely to refer to a virus that spreads in the air, but is generally avoided because to medical professionals it denotes a category of highly contagious diseases such as measles that require extreme precautions.

“We’re wondering whether some health authority saw that and talked to CDC and said, ‘You can’t call it airborne, it’s not like measles,’” he said. “The word ‘airborne’ is etched in the minds of healthcare workers and brings fear of a certain category of diseases that is very difficult to protect against, which may be one reason for the resistance we’ve seen to the idea of the coronavirus spreading in the air.”

Marr said she was surprised to see that the CDC guidance posted Sunday said that inhalation of droplets and aerosols are the main way the virus spreads.

“I don’t know that I would agree with that, because while we have more evidence for aerosols than any other route, we don’t know how important any particular route is,” she said.

“People have been studying this for decades for flu, and we don’t have any numbers for that either,” she added.

The bottom line is that in addition to hand washing and social distancing, people should wear masks at all times when in indoor public settings, and do everything possible to ensure good ventilation and air filtration, she said.

[ad_1] Alright, ladies, keeping track of our health and wellness is the biggest priority …