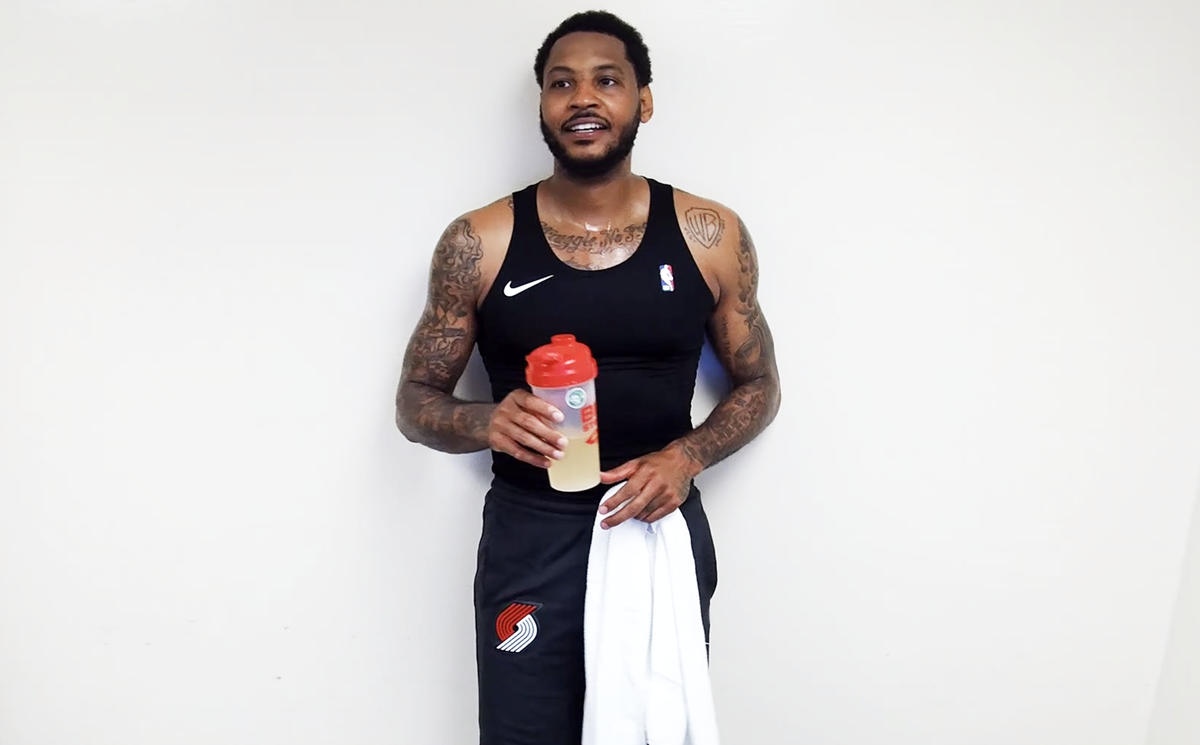 There was quite a notable difference in the physique of the 17-year NBA veteran.

The video gave a glimpse of Carmelo Anthony in his prime. When at is best Melo, can be as good as anybody going forward in the NBA. He started his NBA career in 2003 when the Denver Nuggets selected him with the third overall pick in the draft. Over the years, Melo has lacked a championship to his name but his individual performances have certainly been Hall of Fame worthy.

At 36, the 10-time NBA All-Star might be well past his prime, but his latest videos show he still has the desire. As the Portland Trail Blazers look for a possible place in the playoffs, Anthony would be among their key players apart from their star man Damian Lillard.

Prior to the league’s suspension, the Trail Blazers were ninth in the Western Conference. Their 29 wins were three less than the ninth-placed Memphis Grizzlies. They might have to go through a play-in tournament if they do have a good run during the seeding games after the restart.

“Your schedule changes every day. One day you might have to practice in the morning, one day you might have practice at 8 or 9 o’clock at night. You got to kind of alter your days based on practice. But the food is food. Due to the circumstances, I only can speak for myself and what I am eating and what we are doing in our hotel. But for the most part, I don’t really hear too many people complaining,” Anthony said.