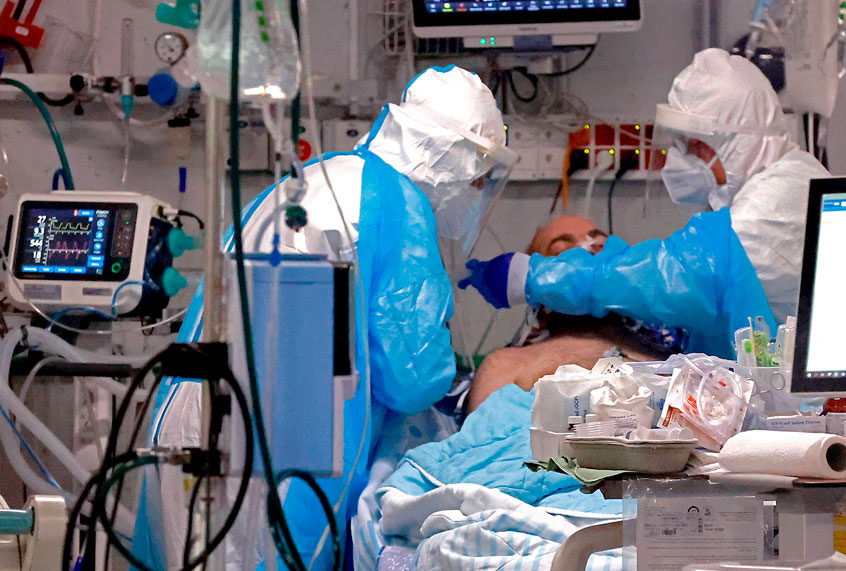 Whenever a new virus enters the human population, one of immunologists’ first questions is how the body’s immune system reacts to it once the immune system clears it from the body. For certain viruses, getting them once (or being vaccinated once) means that you now have life-long immunity; in other cases, the immune system appears to forget how to defend against them after a short period of time.

Now, for the good news: While previously some experts feared that a coronavirus vaccine might only confer short-term immunity, that may not be true. Recently, there has been a flurry of promising research signaling that those who recover from a coronavirus infection will have lasting immunity. Understanding the human body’s immune response is key to returning to any sense of normalcy in our world, and has repercussions for public health behaviors and vaccine development.

According to one of the new studies, which has yet to be peer-reviewed and was posted on MedRxiv over the weekend, researchers at the University of Arizona conclude that “immunity is durable for at least several months after SARS-CoV-2 infection.” Specifically, the research says a previously-infected person is immune to the coronavirus for at least three months, even after a mild infection; though researchers say that’s a conservative prediction, based on lack of long-term human health data for the nascent virus.

The conclusion conflicts with earlier reports that suggested immunity was transient, meaning that it only lasted for a short period of time.

Deepta Bhattacharya, associate professor of immunobiology at the University of Arizona and co-author of the paper, told Salon in an interview that he and his colleagues came to their conclusion after they measured antibodies and examined how long they were being produced in COVID-19 patients.

“In most viral infections that are clear, we call these acute viral infections, early antibodies that are made and then they settle down, and usually what happens is that they hit a flat and stable point after that initial infection phase,” Bhattacharya said. “We were trying to see if that’s happening in COVID-19 survivors or not.”

It turns out, there is a similar antibody build-up to other acute viral infections. The study looked at 5,882 volunteers, including asymptomatic individuals. Bhattacharya told Salon that the researchers noted in the study that the antibodies are present up to at least three months because that’s the longest time frame they have measured, but it could be longer.

“It’s not that the immunities are going to vanish all of a sudden after three months, we can say that it’s at least three months,” he said. “Now if I had to make a prediction based upon the first SARS-CoV-1 coronavirus, I think it would likely last for years.”

Bhattacharya said that this research is encouraging in terms of vaccine development.

“I think from a vaccine standpoint, it basically sets the parameters of what we know is possible,” Bhattacharya added. “That doesn’t necessarily mean that a vaccine will work perfectly and it doesn’t necessarily mean that every single vaccine that’s out there is going to be very effective, but at least it tells us that this is a very much achievable goal, that this virus can be cleared and that you can generate immunity against it,” he said.

According to another study, currently under review at the journal Nature, researchers concluded that mild COVID-19 infections display traditional “hallmarks associated with antiviral protective immunity.”

“We found that recovered individuals developed SARS-CoV-2-specific IgG antibody and neutralizing plasma, as well as virus-specific memory B and T cells that not only persisted, but in some cases increased numerically over three months following symptom onset,” the researchers wrote.

However, researchers won’t know for certain if reinfection is possible for a longer period of time until there is more evidence of people being exposed to the virus a second time, to observe if they are able to keep it at bay.

After being infected with a virus, the human body creates proteins called antibodies that can detect and attack that virus if it reappears in the body. This is how the body develops immunity to an infection. How long that immunity lasts ranges on the type of infection: for example, once a person is infected with measles they are immune throughout their entire lives. But when it comes to seasonal coronaviruses, it’s a bit more complicated. For SARS and MERS, this line of defense is present in survivors, according to separate studies, around two years. Antibodies, which were studied in both papers, don’t last forever since they aren’t living cells. They’re unable to replenish themselves and they eventually disappear from the blood.

Dean Blumberg, chief of pediatric infectious diseases and associate professor in the Department of Pediatrics at the University of California, Davis, told Salon a long-term follow-up is needed to really understand immunity and how long it lasts due to antibodies.

“You can measure the immune response but you don’t know for certain that that protects against infection until you do the studies,” Blumberg said. “We don’t know how long people who have been infected, how long they will be protected against future infection whether it’s a matter of months, similar to the other coronaviruses or maybe it’s longer.”

Because the immune system appears to react differently to this coronavirus compared to others, and because the most severe cases occur when the immune system overreacts, Blumberg said it’s possible that there could be a stronger immune response in those who have recovered.

“If you look at what happens with other coronaviruses, less pathogenic ones, it looks like immunity after infections lasts for a few months and then you can get reinfected again, so that’s depressing,” Blumberg said. “But this isn’t exactly the same — we know it’s different.”