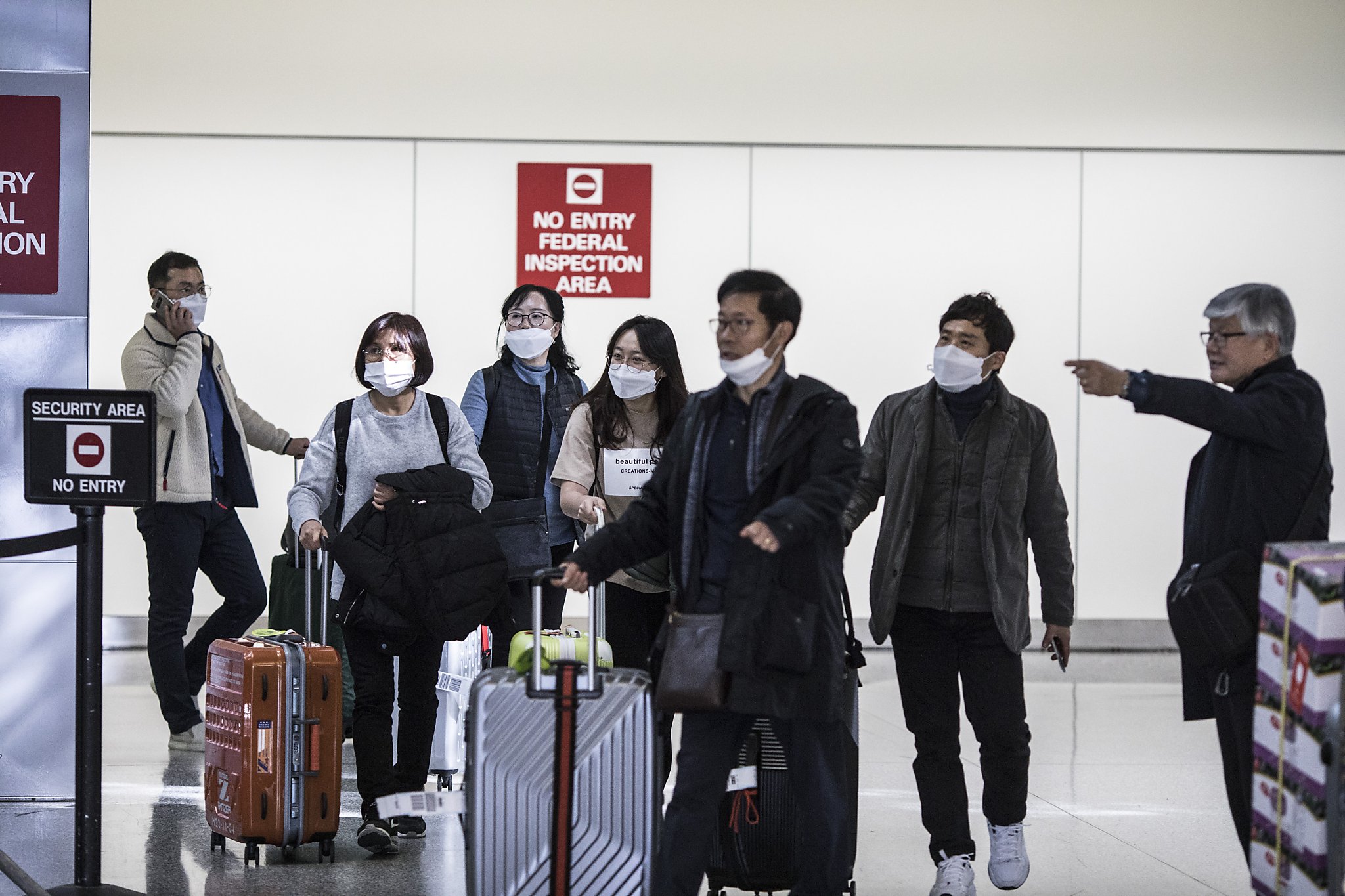 The California Department of Public Health’s effort to track thousands of travelers flying into the state this year not only failed to stop the coronavirus from entering, but used up limited time and staff at a time when the illness was first beginning to spread in communities.

State health employees spent nearly 1,700 hours over six weeks — from Feb. 5 to March 17 — collecting and processing information on U.S. citizens and permanent residents arriving from China and Iran at California airports. Yet they were able to identify just three positive cases out of 11,574 travelers, according to the report released Monday by the state’s public health department and the U.S. Centers for Disease Control and Prevention.

“Despite intensive effort, the traveler screening system did not effectively prevent introduction of COVID-19 into California,” the report said, noting that “health departments need to weigh the resources needed for monitoring against those needed for implementing mitigation activities during the COVID-19 pandemic.”

The CDC coordinated with state and local health departments in California to start the tracking program before officials believed the disease was spreading in the community. It’s now known that the program began one day before the nation’s first coronavirus death from an unknown source in Santa Clara County, probably while the virus was already circulating in the Bay Area.

Early in the epidemic, county public health departments were able to stay on top of small clusters of cases through investigation and contact tracing. But most counties had very small contact-tracing staffs, and as the virus began to spread widely in early March, they were forced to scale back that intense surveillance. They also moved away from monitoring travelers, since most people were becoming infected through exposure in their own community.

Instead, public health departments shifted staff and other limited resources toward less expensive but more draconian efforts to prevent explosive growth of the outbreak and protect hospitals from being overwhelmed. In fact, the state ended its travel monitoring program on March 17 — the same day six Bay Area counties began sheltering in place in a dramatic move to contain the virus.

Under that program, Customs and Border Protection agents interviewed thousands of people returning to the U.S. The passengers were asked about their travel history and symptoms. If they showed symptoms, they were referred to a separate station run by the CDC for medical assessment and mandatory quarantine. If they didn’t, they were encouraged to isolate at home for 14 days and monitor their health. Agents then shared travelers’ names, dates of birth, addresses and phone numbers with the CDC, which reported it to California’s public health department.

The state officials — medical officers, epidemiologists and other personnel — devoted nearly 1,700 hours to going through information for nearly 12,000 travelers, about 1,430 a week. One third of the hours were overtime, the report said.

The labor-intensive process was slowed by bad information, the state said. More than 1,500 records — 13% — had at least one error. Most of those records had an incorrect phone number. Some were duplicates, and others had insufficient location data or the traveler lived outside of California. Staff suspected there were even more mistakes in names and dates of birth.

The state health department had to fix errors before sending information to 51 California counties. The state then asked local officials, if resources permitted, to contact and oversee travelers for two weeks.

Local public health officials then used the information to contact the travelers over a two-week period and track their symptoms. This yielded two COVID-19 cases — two travelers from Iran, one on March 10 and another on March 14. A third person who traveled from China tested positive on March 30, six weeks after returning to the U.S. — but well after local health departments would have followed up.

The report does not say how much the state spent on the massive effort, which was also hampered by the sheer volume of travelers.

The number of travelers to track in each county ranged from one to 4,852, the report read, and the capacity to follow up “varied considerably according to resources and traveler volume.” San Francisco’s department of public health tracked hundreds of travelers, spokeswoman Veronica Vien said.

“We were faced with challenges including but not limited to incomplete passenger and traveler information and asymptomatic carriers of the disease,” she said.

Such monitoring — which typically includes airport screening, quarantine and monitoring of travelers — has been an effective method of stopping diseases such as Ebola, according to the report, authored by state employees. But to work well, the process requires accurate contact information for travelers.

The report also said airport monitoring may not always work to detect COVID-19, since symptoms can appear a month after infection or not at all. The report recommended more efficient methods of collecting and transmitting data, including getting flight passenger information from airlines and using text messaging to reach all travelers at risk more quickly.

More rural health departments probably lacked resources to track infections quickly when the disease was already running rampant, said George Lemp, former director of the California HIV/AIDS Research Program at the University of California’s Office of the President, who oversaw contact-tracing programs during the AIDS epidemic.

“If numbers are in the thousands, they can’t quickly grapple with it,” he said. “They couldn’t do it rapidly enough to prevent the spread of a virus like this.”

“Contact tracing is best reserved where the incidence and rapid speed of the virus has subsided,” he added.

Some Bay Area health departments are now hiring and training thousands of people to conduct coronavirus contact tracing as part of the effort to safely reopen society. The state’s recent report offers a cautionary tale of how labor-intensive the process is, Lemp said.

“It points out the difficulty that we face,” he said.