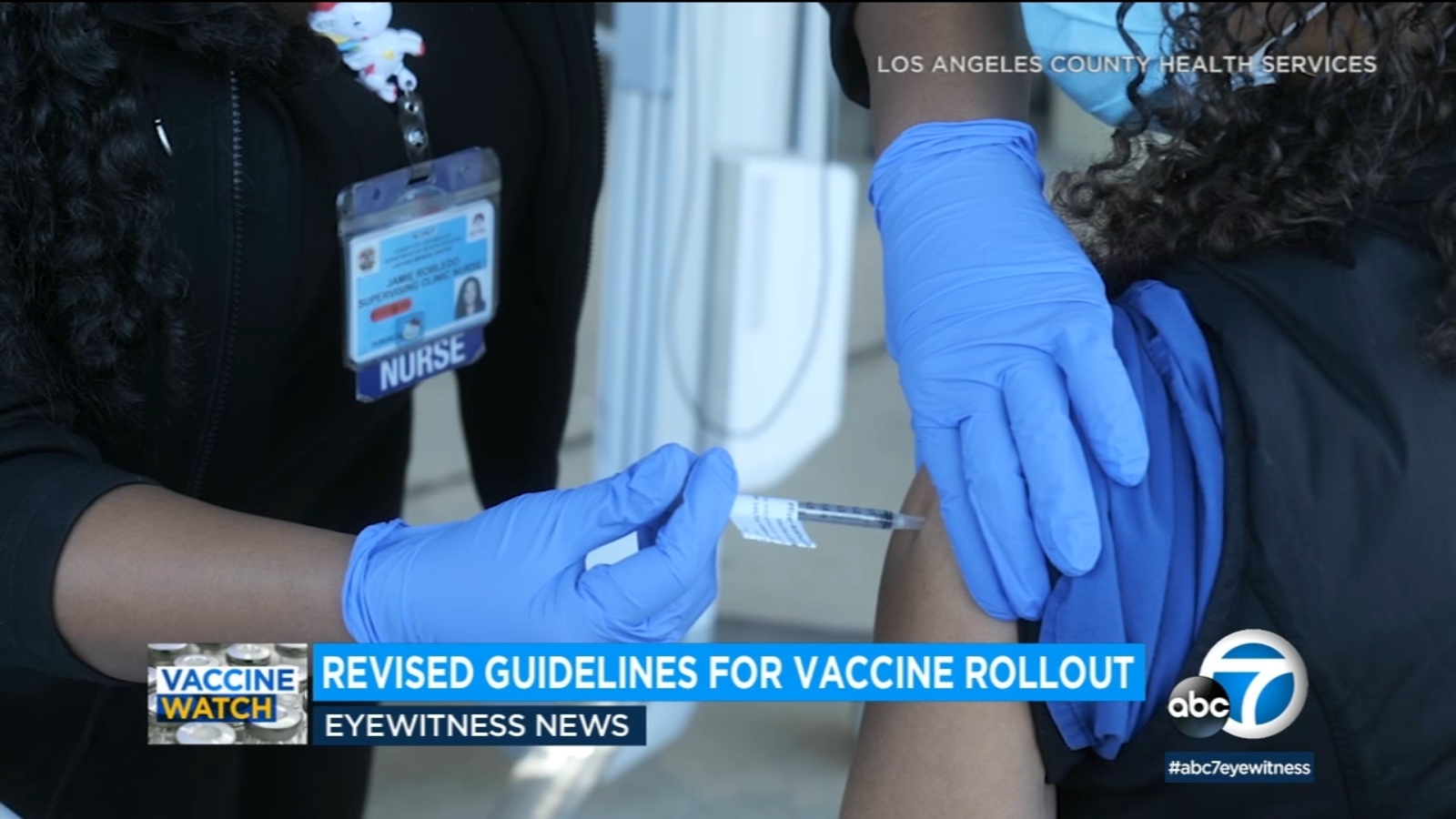 With the process of administering COVID-19 vaccines moving slower than hoped, state officials issued revised guidelines to local health departments Thursday, authorizing them to give shots to lower-priority groups if demand wanes among people in higher-priority categories, or if doses are about to expire.

Distribution of vaccines is following a set of priority “phases” and “tiers” outlined by the Centers for Disease Control and Prevention and state and local officials, with health care workers at the top of the priority list in what is known as Phase 1A. There are three “tiers” within that phase, covering various categories of medical workers and frontline responders.

Los Angeles County, for example, is in the midst of the second tier of Phase 1A.

The revised guidance from the California Department of Public Health was issued in hopes of “accelerating the pace of COVID-19 administration.” Gov. Gavin Newsom noted earlier this week that only about one-third of the vaccine doses received by the state had actually been administered.

The guidance clears health departments to immediately expand distribution of the vaccine to people in all three tiers of the initial phase. The move immediately makes the vaccine available to health care workers in areas such as optometry clinics, dental facilities, occupational health, pharmacies, school health centers and specialty clinics.

Health departments were also advised to factor into their vaccination efforts the likelihood that some people in the higher-priority groups will decline the receive the shots. Once agencies have completed efforts to offer the vaccine to everyone in Phase 1A, they can then move to Phase 1B.

County Public Health Director Barbara Ferrer said this week that she anticipated it would take until the end of the month to complete distribution to everyone in Phase 1A. Distribution would then move to Phase 1B, beginning with everyone aged 75 and older and workers considered at high risk of exposure, such as workers in education, food, agriculture, childcare and emergency services.

According to the Los Angeles Times, fewer than 600,000 doses have been administered in California, which has a population of nearly 40 million people.

Ferrer said that as of Monday, the county had received more than 185,000 doses of the Pfizer vaccine, and more than 100,000 had been administered. The county has also received 166,300 doses of the Moderna vaccine, but only 31,915 doses had been administered. She said there was a lag in reporting of the vaccination data, so the rates were likely higher.

Health care workers in the county can register for vaccination appointments at http://publichealth.lacounty.gov/acd/ncorona2019/vaccine/hcwsignup/.