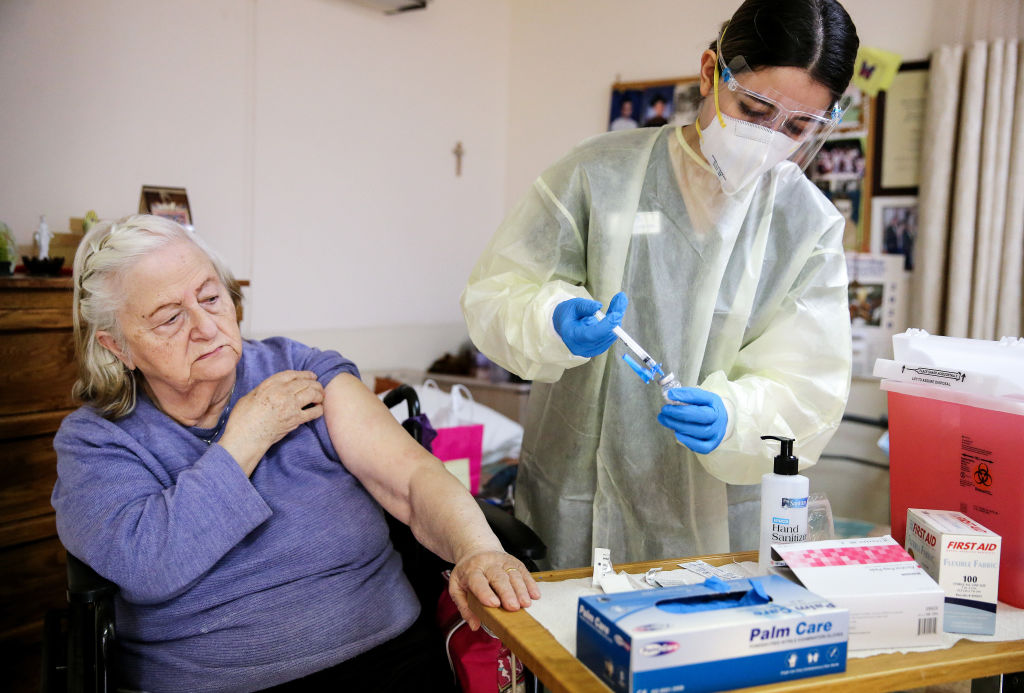 A top California health official said Wednesday it could take four to five months just to complete COVID-19 vaccinations for those 65 and older, although there’s hope this timeline will improve under the Biden administration.

Dr. Erica Pan said the projection is based on the state population being comprised of roughly 6.2 million people age 65 and over. The target goal is to vaccinate 70% of those people, or 4.34 million seniors, with two doses.

With the current allocations from the federal government, the state is receiving about 400,000 doses a week, or 500,000 in a good week. At this rate, it could take until June to inject shots into the arms of seniors.

“We don’t know when that supply will be increasing, but that’s about what we’ve been getting,” said Pan during a state vaccine advisory committee meeting. “I know we’re estimating anywhere from 20 to 22 weeks for us to actually get through ages 65 and over … What we all need to get to collectively is as much vaccine in arms as possible.”

Pan said vaccinating seniors is crucial as they’re disproportionately impacted by the virus; ages 61 and over account for 65% of all intensive care unit admissions and 83% of all deaths.

As California struggles to meet the challenge of vaccinating all those awaiting them, officials are pinning their hopes on President Joe Biden’s promise to ramp up resources for vaccination. There’s hope the state’s vaccination rate will speed up.

“Under a Biden administration, our country has a fighting chance at defeating this virus,” California state Sen. Scott Wiener said Wednesday.

Dr. George Rutherford, a professor of epidemiology and the head of the division of infectious disease and global epidemiology at UCSF, is hopeful the vaccine rollout will improve in coming weeks under a new administration. ” I suspect things will really speed up here shortly,” Rutherford said.

One recent hurdle in the rollout had been a halt to administering injections of a batch of Moderna vaccine after some people fell ill.

California on Wednesday said it’s safe to resume using the vaccine, freeing up more than 300,000 doses to counties, cities and hospitals struggling to obtain supplies.

The Associated Press contributed to this story.