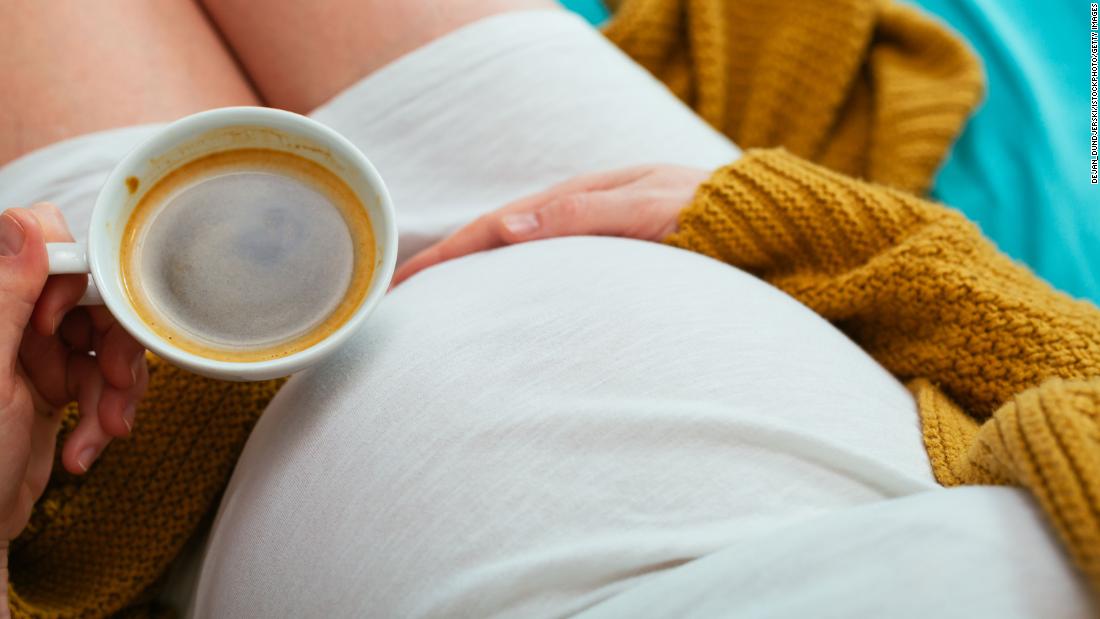 But experts not involved in the review, which published Monday in the journal BMJ, question those conclusions.
There is no need for “immediate change to the current guidance” based on this research, said Dr. Christopher Zahn, vice president of practice activities for the American College of Obstetricians and Gynecologists.
“Our guidance remains that moderate caffeine consumption, less than 200 mg per day, does not appear to be a major contributing factor in miscarriage or preterm birth,” Zahn told CNN in an email statement.
The United Kingdom’s Royal College of Obstetricians and Gynaecologists provided a similar statement.
“(The) advice to limit caffeine intake to 200 milligrams (mg) per day — the equivalent to two cups of instant coffee — still stands,” stated obstetrician Dr. Daghni Rajasingam, a spokesperson for the Royal College of Obstetricians and Gynaecologists.
“This paper does not supersede all the other evidence that has found that a limited intake of caffeine is safe for the majority of pregnant women.”

No cause and effect

The review looked at 37 observational studies on the link between caffeine and pregnancy outcomes and found “maternal caffeine consumption is reliably associated with miscarriage, stillbirth, low birth weight and/or small for gestational age, childhood acute leukaemia and childhood overweight and obesity.”
There was no association with preterm birth, however.
“The cumulative scientific evidence supports pregnant women and women contemplating pregnancy being advised to avoid caffeine,” said study author Jack James, a professor of psychology at Reykjavik University in Iceland, in a statement.
Current health guidelines on caffeine consumption during pregnancy, which typically advise pregnant women to keep caffeine consumption at 200 milligrams or less a day, are in need of “radical revision,” James said.
The National Coffee Association immediately countered with a comment from Dr. Alan Leviton, a professor of neurology at Harvard Medical School who has done studies on coffee sponsored by the association.
“The review draws conclusions from studies that rely on self-reported consumption data, which is notoriously inaccurate,” Leviton said in a statement provided by the NCA.
Several outside experts with no conflicts of interest who reviewed the study also weren’t convinced.
Because the study was only observational and could not establish cause and effect, “the harmful evidence can, in part, be accounted for by other associated factors that go with high caffeine intake, such as cigarette smoking,” said Andrew Shennan, a professor of obstetrics at King’s College London, in a statement.
“The observational nature of this data with its inherent bias does not indicate with any certainty that low doses of caffeine are harmful, and the current advice to avoid high doses of caffeine are unlikely to change,” Shennan added.
“As the study notes, high levels of caffeine during pregnancy can lead to miscarriage and babies having a low birth weight and may lead to excess weight gain in the child’s early years, which can increase risk of health problems later in life,” said Rajasingam of the Royal College of Obstetricians and Gynaecologists.
“However, as other — and potentially more reliable – research has found, pregnant women do not need to cut caffeine out entirely because these risks are extremely small, even if the recommended caffeine limits are exceeded,” Rajasingam added.

Sticking to the 200 miillgrams or less of caffeine a day can be difficult unless a pregnant woman carefully monitors her caffeine intake. That limit can be easily reached — and exceeded — by a single cuppa at many coffee shops.
For example, a 16-ounce cup of Starbucks Blonde Roast coffee contains 360 milligrams of caffeine; the same size in light roast at Panera is 307 milligrams; and a 14-ounce medium cup of regular Dunkin’ coffee has 210 milligrams.
Decaf coffee contains between 9 and 14 milligrams of caffeine and is therefore a better choice, experts say.
Besides coffee, caffeine can be found in a number of foods and drinks that a mom-to-be might consume, such as tea, soda, energy drinks and chocolate. That can also make it difficult for a pregnant woman to realize just how much caffeine she might be consuming.
For example, Coca-Cola contains 34 milligrams of caffeine in each 12-ounce can, while Diet Coke contains 46 milligrams. A bottle of Honey Green Tea from the Honest Company contains 94 milligrams. A bar of Hershey’s dark chocolate contains 20 milligrams, but some candies add extra caffeine for energy boost: a bar of Snickers Charge has 60 milligrams.
And here is another factor to consider: The body removes caffeine much more slowly from the mother’s blood during pregnancy, according to the World Health Organization.
Considering all these factors, one outside expert said eliminating caffeine entirely from pregnancy guidelines should be considered: “If pregnant women cut out caffeinated products from their diet would this compromise their nutritional status and the answer is a big no,” said Cathy Knight-Agarwal, a clinical assistant professor of nutrition and dietetics at the University of Canberra in Australia, who was not involved in the study.
“Therefore, from my perspective the only benefit of consuming such products is perhaps the psychological pleasure they induce — which is all very well and good but is this enough of a reason not to cease consumption during pregnancy?” Knight-Agarwal added.

[ad_1] College is the most fun, interesting, challenging, and complicated experience in your life. …