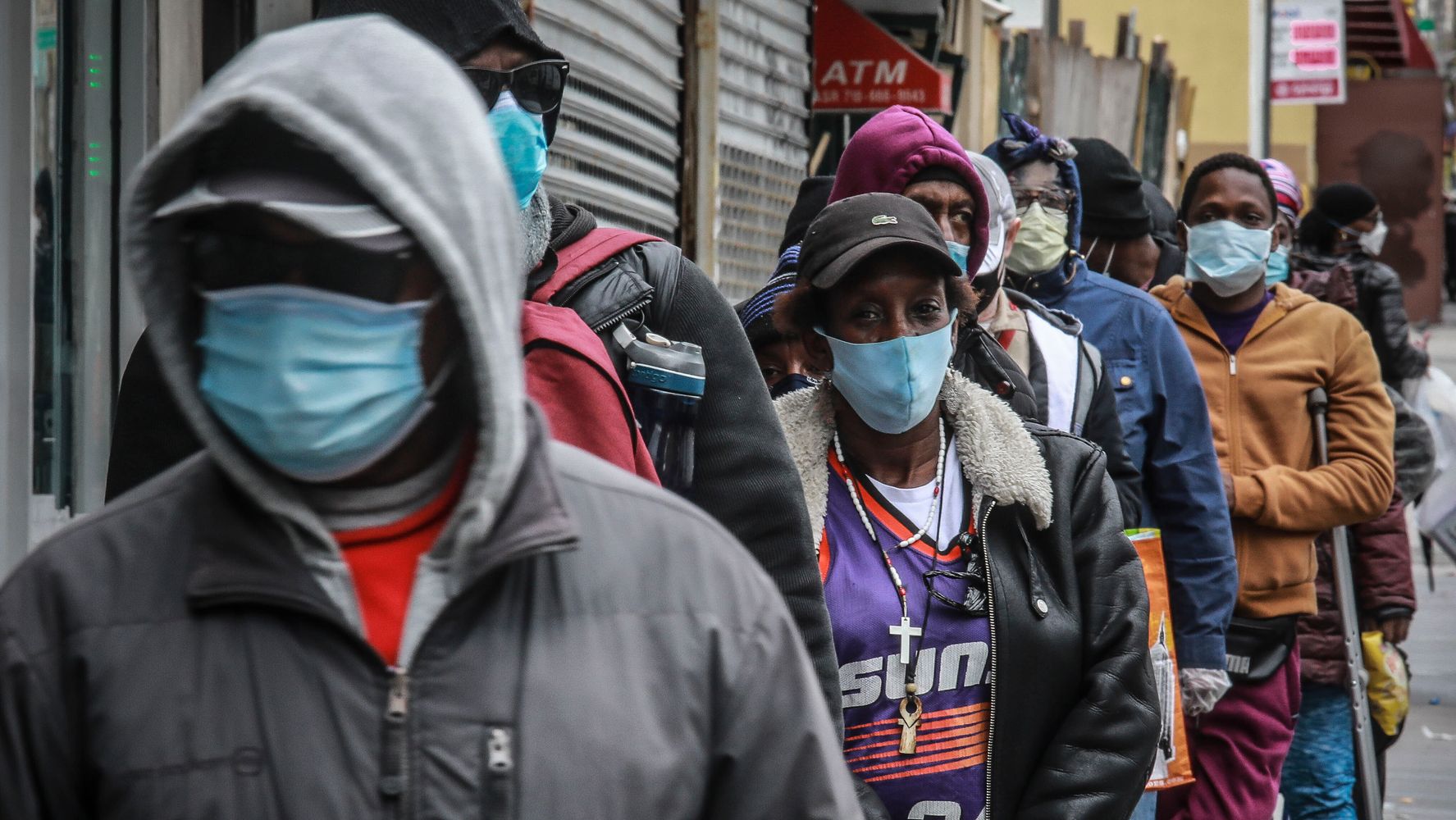 As a clearer picture emerges of COVID-19’s decidedly deadly toll on black Americans, leaders are demanding a reckoning of the systemic policies they say have made many African Americans far more vulnerable to the virus, including inequity in access to health care and economic opportunity.

A growing chorus of medical professionals, activists and political figures is pressuring the federal government to not just release comprehensive racial demographic data of the country’s coronavirus victims, but also to outline clear strategies to blunt the devastation on African Americans and other communities of color.

On Friday, the Centers for Disease Control and Prevention released its first breakdown of COVID-19 case data by race, showing that 30% of patients whose race was known were black. The federal data was missing racial information for 75% of all cases, however, and did not include any demographic breakdown of deaths.

The latest Associated Press analysis of available state and local data shows that nearly one-third of those who have died are African American, with black people representing about 14% of the population in the areas covered in the analysis.

Roughly half the states, representing less than a fifth of the nation’s COVID-19 deaths, have yet to release demographic data on fatalities. In states that have, about a quarter of the death records are missing racial details.

Health conditions that exist at higher rates in the black community ― obesity, diabetes and asthma ― make African Americans more susceptible to the virus. They also are more likely to be uninsured, and often report that medical professionals take their ailments less seriously when they seek treatment.

“It’s America’s unfinished business ― we’re free, but not equal,” civil rights leader Rev. Jesse Jackson told the AP. “There’s a reality check that has been brought by the coronavirus, that exposes the weakness and the opportunity.”

Jackson also expressed support for a national commission to study the black COVID-19 toll modeled after the Kerner Commission, which studied the root causes of race riots in African American communities in the 1960s and made policy recommendations to prevent future unrest.

“If we do not take an appreciation for the historical context and the political determinants, then we’re only merely going to nibble around the edges of the problem of inequities,” he said.

The release of demographic data for the country’s coronavirus victims remains a priority for many civil rights and public health advocates, who say the numbers are needed to address disparities in the national response to the pandemic.

The AP analysis, based on data through Thursday, found that of the more than 21,500 victims whose demographic data was known and disclosed by officials, more than 6,350 were black, a rate of nearly 30%. African Americans account for 14.2% of the 241 million people who live in the areas covered by the analysis, which encompasses 24 states and the cities of Washington D.C., Houston, Memphis, Pittsburgh and Philadelphia — places where statewide data was unavailable.

The nation had recorded more than 33,000 deaths as of Thursday.

After Democratic lawmakers introduced legislation this week to try to compel federal health officials to post daily data breaking down cases and deaths by race, ethnicity and other demographics, the CDC released only caseload data that — similar to the AP’s analysis of deaths —show 30% of 111,633 infected patients whose race is known were black. African American patients in the 45-to-64 and 65-to-74 age groups represented an even larger share of the national caseload.

Meanwhile, some black leaders have described the Trump administration’s response to COVID-19 as inadequate, after what they said was a hastily organized call with Vice President Mike Pence and CDC Director Robert Redfield last week.

According to a recording of the call obtained by the AP, Redfield said the CDC has been collecting demographic data from death certificates but that the comprehensiveness of the data depends on state and local health departments, many of which are overburdened by virus response. No plan was offered to help health officials in hard-hit communities collect the data, leaders who were on the call said.

Kristen Clarke, president of the Lawyers’ Committee for Civil Rights Under Law, which took part in the call, said African Americans “have every reason to be alarmed at the administration’s anemic response to the disproportionate impact that this crisis is having on communities of color.”

Mistrust runs deep among residents in many communities.

St. Louis resident Randy Barnes is grappling not just with the emotional toll of losing his brother to the coronavirus, but also with the feeling that his brother’s case was not taken seriously.

Barnes said the hospital where his brother sought treatment initially sent him home without testing him and suggested he self-quarantine for 14 days. Five days later, his brother was back in the hospital, where he was placed on a ventilator for two weeks. He died April 13. Barnes’ brother and his wife also were caring for an 88-year-old man in the same apartment, who died from the virus around the same time.

Eugene Rush lives in one of the areas outside large urban cities that have been hit hard with coronavirus cases. He is a sergeant for the sheriff’s department in Michigan’s Washtenaw County, west of Detroit, where black residents account for 46% of the COVID-19 cases but represent only 12% of the county’s population.

“I had a former lieutenant for the city of Ypsilanti who passed while I was in the hospital and I had some fraternity brothers who caught the virus and were sick at the hospital,” Rush said. “At that point, I said, ‘Well, this is really, really affecting a lot of people’ and they were mostly African American. That’s how I knew that it was really taking a toll a little bit deeper in the African American community than I realized.”