May 14, 2021
Home Health News Black people in NYC are TWICE as likely to die from coronavirus as white people, data shows – Daily Mail

Black people in NYC are TWICE as likely to die from coronavirus as white people, shocking new data reveals

By Rachel Sharp For Dailymail.com

Black people in New York City are twice as likely to die from coronavirus as white people, shocking new data has revealed.

Grim figures released Friday by the city’s Health Department show the devastating impact the pandemic is wreaking on New York’s African American communities, where residents are dying from the virus more than any other racial group.

Fears have been mounting for black communities all across the US as state officials and lawmakers warn the outbreak is hitting African Americans hardest, highlighting the systemic racial inequality that continues to exist.

The CDC has been urged to be more transparent about the virus’ toll on communities of color, while Oprah Winfrey made an impassioned plea to black people to take the outbreak seriously because it is ‘taking us out’.

In the virus epicenter New York, 1,999 black or African American people have been killed by coronavirus across the five boroughs as of April 16, according to the NYC Health Department data. 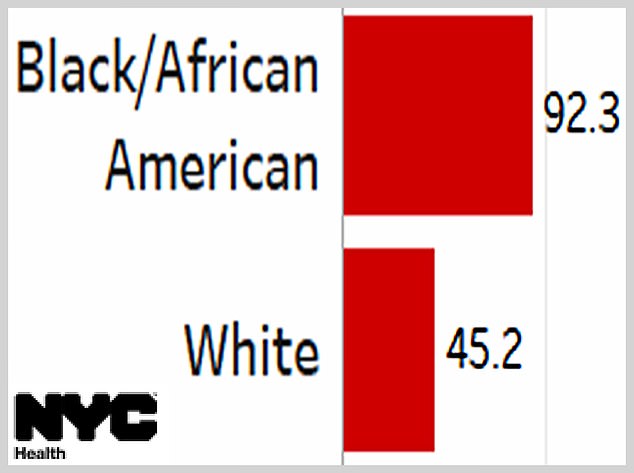 This means their deaths make up a third (33.2 percent) of the city’s total death toll, despite accounting for just 22 percent of the city’s population.

White people make up the next highest number of deaths (1,861) and 30.9 percent of the city’s death toll – however white people account for at least 43 percent of all residents.

Fatalities among Hispanic or Latino people stood at 1,696 deaths and 463 Asian people have died.

Hispanic and Latino residents also have a higher risk of fatality from the virus than white people, with 74.3 in every 100,000 cases resulting in death.

Black residents are also more than twice as likely as white people to have a non-fatal hospitalization, showing that this group is more severely impacted by symptoms.

The worrying trend comes hot on the heels of equally dire preliminary figures released by City Hall last week that showed African Americans made up 28 percent of coronavirus deaths and Hispanic residents 34 percent.

The stats were even more harrowing outside the city into the wider state of New York, where black New Yorkers made up 18 percent of coronavirus deaths and yet only 9 percent of the population.

‘The disparities that have plagued this city, this nation that are all about fundamental inequality are once again causing such pain and causing innocent people to lose their lives,’ he said in a press briefing on April 8. 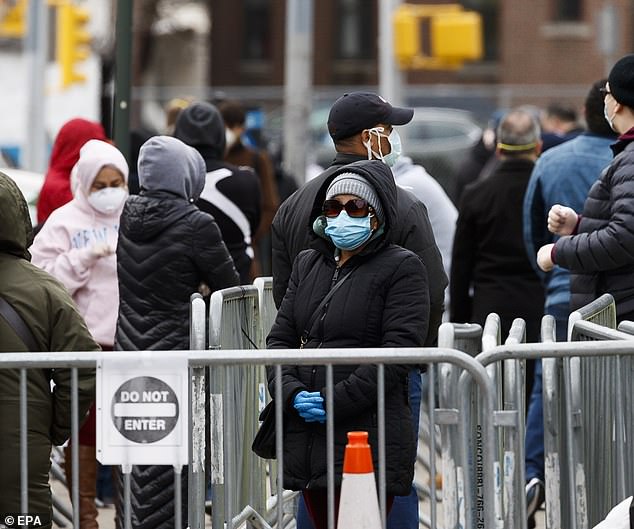 People line up for a testing center in Queens Tuesday. 1,999 black or African American people have been killed by coronavirus across the five boroughs of NYC as of April 16

‘It’s sick. It’s troubling. It’s wrong. The pain it’s causing, the death it’s causing, tracks with other profound health care disparities that we have seen for decades in this city.’

Governor Andrew Cuomo last week vowed to investigate the racial disparities in coronavirus deaths and to ramp up testing in minority communities.

‘Why are more African Americans and Latinos affected?’ Cuomo said at his daily press briefing Wednesday.

‘We’re seeing this around the country. Comorbidity, I understand that, but I think there’s something more to it. You know, it always seems that the poorest people pay the highest price. Why is that? Whatever the situation is.’

Cuomo compared the disparities in the virus deaths to the inequality seen after Hurricane Katrina in 2005.

‘The people standing on those rooftops were not rich white people,’ he said. 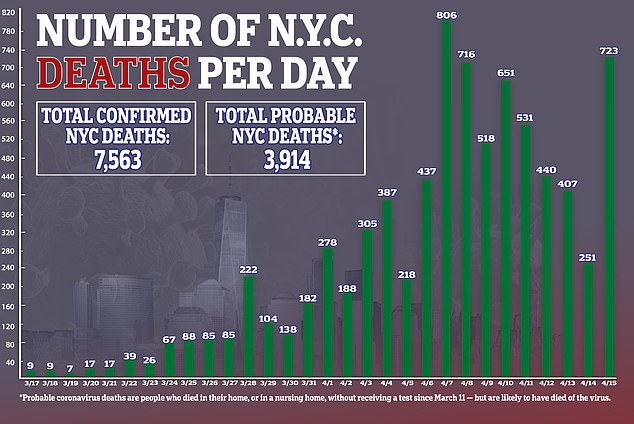 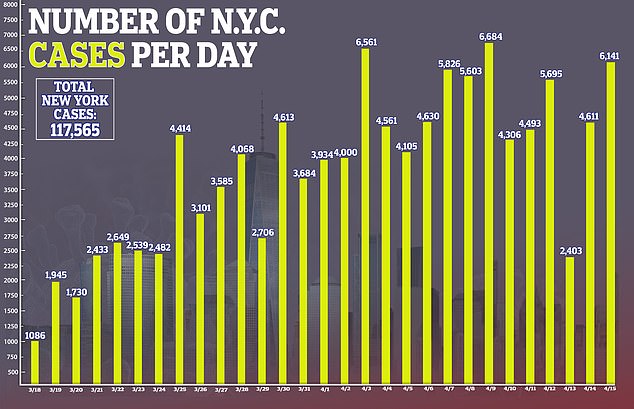 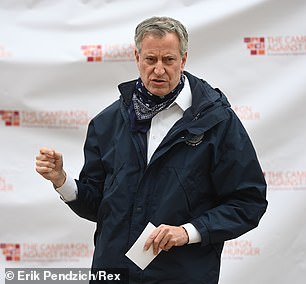 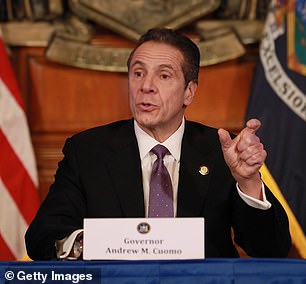 Representative Alexandria Ocasio-Cortez has repeatedly voiced concerns over the disparity between the outbreak in her district of New York which includes parts of the Bronx and Queens – home to many communities of color – and other wealthier and more white areas.

‘Ultimately, it’s inequality that’s the preexisting condition. You can’t just go to someone and tell them, ‘Hey. You should have had health care this whole time when you’re working an hourly job and your employer doesn’t give it to you’,’ AOC said on The View on Wednesday.

‘When a pandemic like this hits or even any natural disaster like a hurricane, like what we saw in hurricane Katrina or hurricane Maria, they don’t happen in a vacuum, they happen when communities are disproportionately located on the front line.

‘Here in New York City, about 55 per cent of our front line workers, including grocery store workers, delivery workers and more, are black and brown.

‘It’s tragic, but it is also no surprise that it’s impacting the vulnerable the most.’ 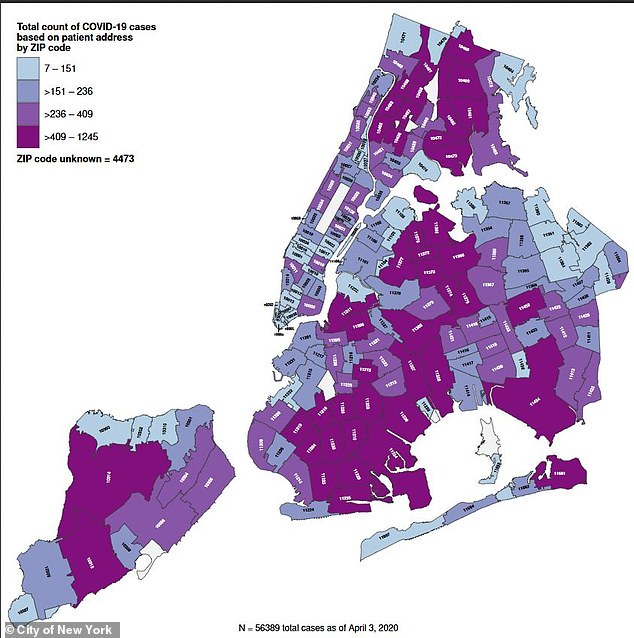 AOC last week called for black and brown communities to get coronavirus reparations, saying that a history of inequality has left them at higher risk of suffering from the deadly virus.

New York is by no means alone with this worrying issue, as data across several states shows African Americans are being disproportionately hit by the deadly virus.

Several lawmakers and community leaders have started sounding the alarm over the disturbing trend for the virus killing African American communities.

Among the cities where black residents have been hard-hit include Chicago, Detroit, New Orleans and Milwaukee. 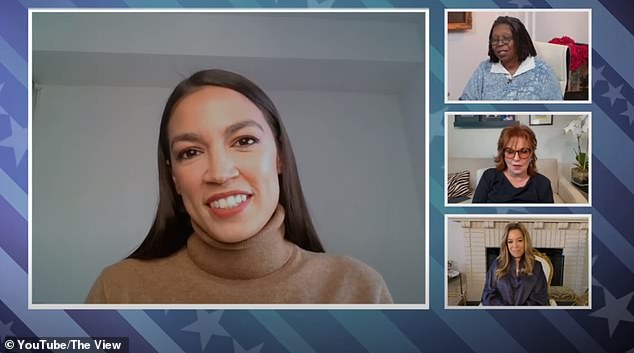 Alexandria Ocasio-Cortez, left, said Wednesday ‘inequality is a pre-existing condition’ as she appeared on The View, telling the panel it’s ‘no surprise’ the vulnerable are being worst hit

‘The answer that we believe is right is because of the underlying conditions that people of color and particularly black folks suffer from, whether it’s diabetes, heart disease, upper respiratory illnesses, the kind of things that we’ve been talking about for a long time that plague black Chicago, that lead to life expectancy gaps,’ Lightfoot said.

‘This virus attacks those underlying conditions with a vengeance.’

In Louisiana, where New Orleans is a major hot spot for the virus, about 70 per cent of those who have died were black.

Black people only make up 32 per cent of residents in the state.

A history of systemic racism and inequity in access to healthcare and economic opportunity has made many African Americans far more vulnerable to the virus.

Black adults suffer from higher rates of obesity, diabetes and asthma, which make them more susceptible, and also are more likely to be uninsured.

They also often report that medical professionals take their ailments less seriously when they seek treatment.

Many African Americans have service jobs such as bus drivers, pharmacy workers and grocery store employees, which have become essential during the lockdown. 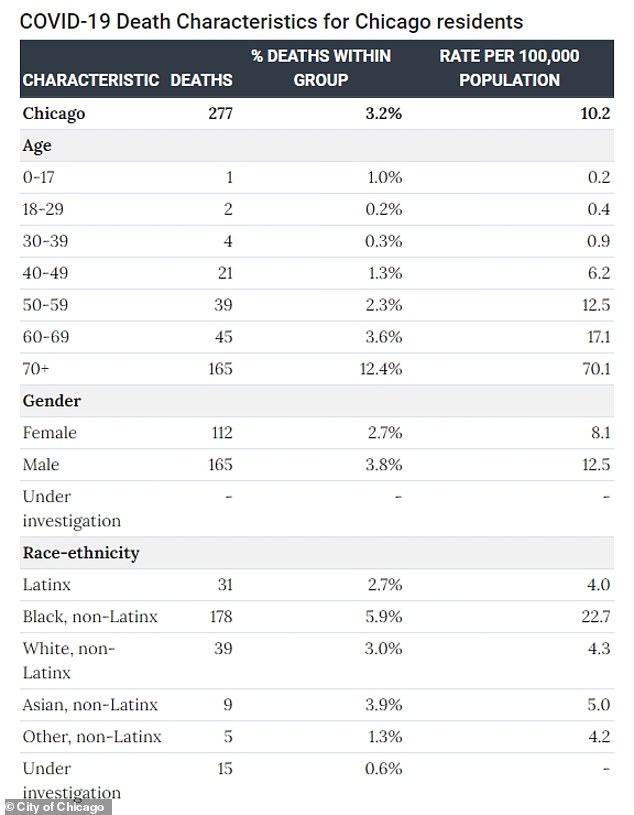 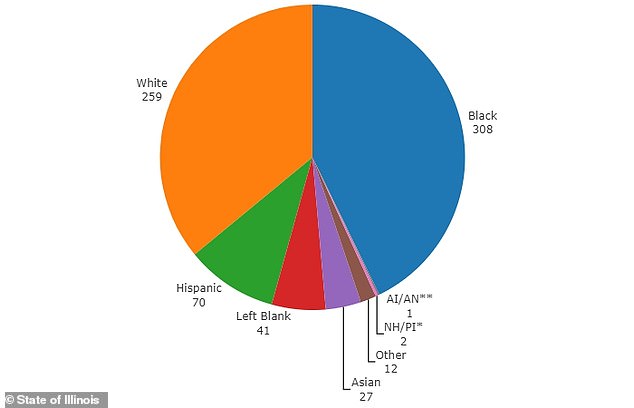 ILLINOIS: In Illinois, the majority of deaths – 42.8 percent – have been linked to black residents

It prevents them from staying at home and increases their exposure to the virus through contact with the public – while white people across the US are more likely to have jobs where they can work from home.

Oprah Winfrey issued a public plea to African Americans to take the coronavirus outbreak seriously, in an interview with CBS This Morning on Tuesday.

The TV mogul said the outbreak continued to have a devastating impact on black communities across the United States but that people weren’t getting the message about the risk of asymptomatic carriers.

Winfrey said it was important for black people to understand that pre-existing conditions including diabetes and asthma put them at greater risk if they contract the virus.

‘It’s not only ravaging our community, but people who have preexisting conditions, which I think people didn’t hear that,’ she said, adding the pandemic is ‘taking us out’. 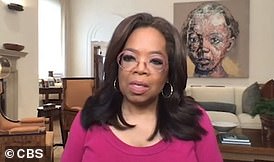 President Donald Trump and the government’s top infectious disease expert, Dr. Anthony Fauci, acknowledged the issue during a White House briefing earlier this month, with Trump calling it a ‘tremendous challenge’, but the president is yet to launch efforts to solve it.

Democratic lawmakers on Tuesday introduced legislation to compel federal health officials to post data daily that breaks down COVID-19 cases and deaths by race and ethnicity.

The lawmakers say the demographic data is needed to address any disparities in the national response to the coronavirus outbreak.

‘Because of government-sponsored discrimination and systemic racism, communities of color are on the frontlines of this pandemic,’ Massachusetts Sen. Elizabeth Warren, one of several sponsors of the legislation in the Senate, said in a statement.

‘To effectively slow the spread of the virus and ensure our response is robust and equitable, we need comprehensive national data on who is getting infected, who is getting treatment, and who is dying.’

The CDC is facing increasing pressure to be more transparent about the toll of the virus on communities of color.

The agency has not publicly reported racial or ethnic demographic data for coronavirus tests performed across the country, though its own standardized form required for reporting tests and cases includes a section for indicating the race or ethnicity of those tested.

CDC data revealed last week that African Americans have made up 33 percent of US hospitalizations from coronavirus despite being just 13 percent of the population, but the data was criticized for being limited.

[ad_1] Dani and Nancy Roman, CEO and President of Partnership for a Healthier America …