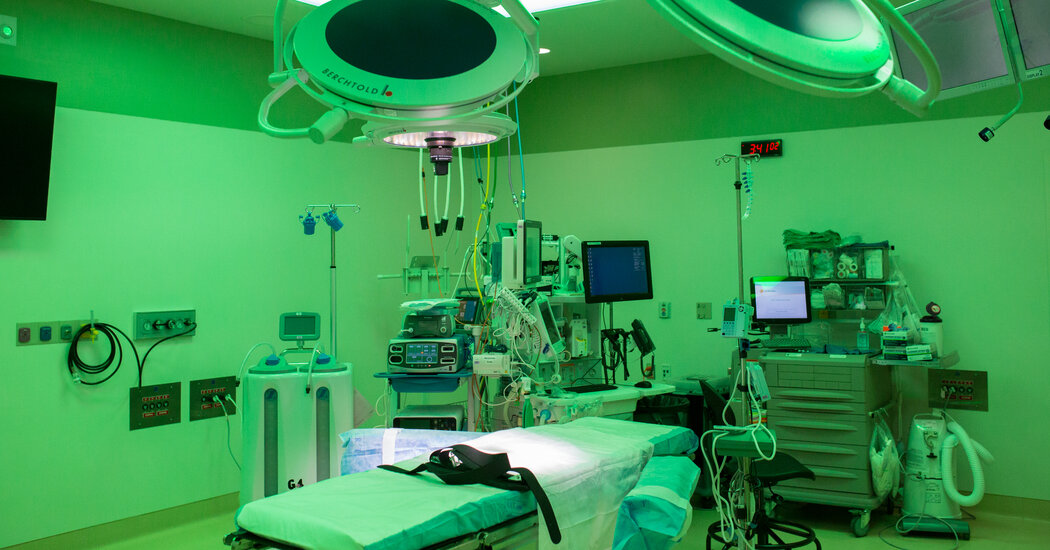 Black children are more than three times as likely to die within a month of surgery as white children, according to a study published in the journal Pediatrics on Monday.

Disparities in surgical outcomes between Black and white patients have been well established, with researchers attributing some of the difference to higher rates of chronic conditions among Black people. But this study, which looked at data on 172,549 children, highlights the racial disparities in health outcomes even when comparing healthy children.

Olubukola Nafiu, the lead author of the study and a pediatric anesthesiologist at Nationwide Children’s Hospital in Columbus, Ohio, said the authors were not surprised to find that healthy children, across the board, had extremely low rates of mortality and rates of complications after surgery. But what surprised them was the magnitude of the difference in mortality and complication rates by race.

“The hypothesis we had when we started was that if you studied a relatively healthy cohort of patients, there shouldn’t be any difference in outcomes,” Dr. Nafiu said.

The authors, in their paper, acknowledged limitations of the study: They did not explore the site of care where patients received their treatments or the insurance status of patients, which can be used as a proxy for socioeconomic status. This meant they could not account for differences in the quality of care that patients received or the economic backgrounds of the patients.

Another limitation was that because mortality and postoperative complications are so uncommon among healthy children, it is possible that most of the cases came from a few hospitals, Dr. Nafiu said.

But while Black people are more likely to receive care in low-performing hospitals, that may not be the main factor driving the gap this study found, Dr. Nafiu said. The hospitals examined in the study were all part of the National Surgical Quality Improvement Program, a voluntary program, meaning they had the resources to be part of the program and the belief that quality improvement is important.

Adil Haider, dean of the medical college at Aga Khan University, who was not involved with the study, said that it told a key piece of the story about racial disparities in surgical outcomes, but that there were still many questions about what drives disparities.

“The real take home is that we just need to start reporting data within hospitals and when we aggregate hospitals — by race and by insurance status — so that we know that, at a given hospital, people from different backgrounds are all receiving the same outcomes,” said Dr. Haider, the former director of the Center for Surgery and Public Health, a joint initiative of Brigham and Women’s Hospital, Harvard Medical School and the Harvard T.H. Chan School of Public Health.

Many studies have shown that people of color receive less and often worse care than white Americans because of reasons including lower rates of health coverage and racial stereotyping.

But one study, published in June by JAMA, suggested some signs of improvement. That research paper, which looked at more than 20,000 extremely preterm infants, suggested that racial disparities in mortality rates had shrunk from 2002 to 2016. The results were significant because the racial disparities around maternal mortality, premature birth and infant mortality have been persistent.

Dr. Nia Heard-Garris, a pediatrician researcher at the Ann & Robert H. Lurie Children’s Hospital of Chicago, who was not involved with the study, said the research was significant because it relied on a large, national sample.

“We’re not talking about one small health system, within one small city, or even one big city — we’re talking about trends nationally,” said Dr. Heard-Garris, who heads the American Academy of Pediatrics’s Section on Minority Healthy, Equity and Inclusion. “As a mom of a Black son who at some point will need surgery, it’s very scary.”