A team of researchers in Texas and California compared Covid-19 infection rate trends in Italy and New York both before and after face masks were made mandatory. Both locations started to see infection rates flatten only after mandatory face mask measures were put in place, according to the study published Thursday in the Proceedings of the National Academy of Sciences
The researchers calculated that wearing face masks prevented more than 78,000 infections in Italy between April 6 and May 9, and more than 66,000 infections in New York City between April 17 and May 9. 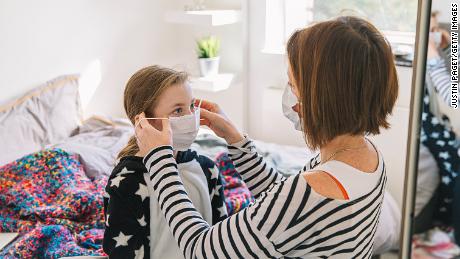 “Wearing of face masks in public corresponds to the most effective means to prevent interhuman transmission, and this inexpensive practice, in conjunction with simultaneous social distancing, quarantine, and contact tracing, represents the most likely fighting opportunity to stop the COVID-19 pandemic, prior to the development of a vaccine” they wrote.
The researchers gauged the effectiveness of different strategies for stopping the spread of infection and to determine how the virus is mainly spread. Viruses can spread by direct contact when a person coughs or sneezes on another person; indirect contact, when a person coughs or sneezes on an object that is then touched by another person; or in the air via large droplets that fall quickly to the ground and tiny droplets, called aerosols, that can travel several feet and hang in the air for a while.
To determine how the main transmission method of the virus, the researchers analyzed trends in the infection rates in three epicenters of the pandemic — Wuhan, China, Italy, and New York City. They looked at mitigation measures that were being used at those locations, like extensive testing, quarantining, contact tracing, social distancing and mandatory use of face masks.
The researchers then compared the timing of when those measures were put in place. In China, all of the measures were put in place at the same time. In contrast, mitigation measures were put in place at different times in Italy and New York.
This allowed the researchers to assess the relative effectiveness of the measures. They found infection rates in Italy and NYC only started to slow after face masks were made mandatory, not after the lockdown was put in place in Italy or after stay-at-home orders went into effect in New York.
Regions in northern Italy began requiring face masks on April 6 with mandatory use nationwide ordered on May 4. Face mask usage in New York City was required starting on April 17. The researchers calculated the number of infections prevented between those dates and May 9. 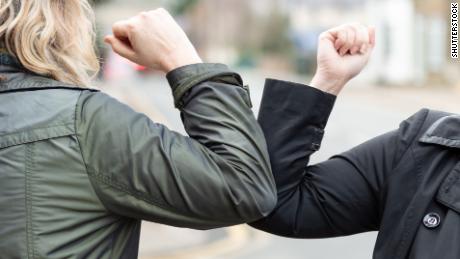 “Face covering prevents both airborne transmission by blocking atomization and inhalation of virus-bearing aerosols and contact transmission by blocking viral shedding of droplets,” they write. “On the other hand, social distancing, quarantine, and isolation, in conjunction with hand sanitizing, minimize contact (direct and indirect) transmission but do not protect against airborne transmission.”
The study noted that in contrast with China, wearing of face masks was unpopular in most of the Western world during the early outbreak of the pandemic. But the researchers said the evidence shows masks work to slow spread.
The researchers wrote that both the World Health Organization and the US Centers for Disease Control and Prevention emphasized the prevention of contact transmission, but both organizations have largely ignored the importance of the airborne transmission route.
“The current mitigation measures, such as social distancing, quarantine, and isolation implemented in the United States, are insufficient by themselves in protecting the public,” the researchers wrote.
The team of five researchers are from the Texas A&M University, the University of Texas, the University of California, San Diego, and the California Institute of Technology.
New York City has at least 205,846 coronavirus cases and at least 17,351 confirmed deaths with an additional 4,692 possible deaths, according to the NYC Department of Health. The number of confirmed cases, hospitalizations and deaths have steadily declined since peaking in early April. New York City is officially ending its lockdown and easing restrictions as it enters phase 1 of its reopening phase on Monday.
Italy has been in a nationwide lockdown since March 9, but Prime Minister Giuseppe Conte said in a press conference Thursday night that the country is further easing its coronavirus lockdown measures to allow professional sporting events, like the Coppa Italia football match, to resume behind closed doors from Friday.
Other establishments can also reopen from June 25, including summer camps, kindergartens, betting rooms, and bingo halls, Conte said, announcing that he had just signed a decree that eases further the lockdown measures. Non-professional sports that involve physical contact may also resume.