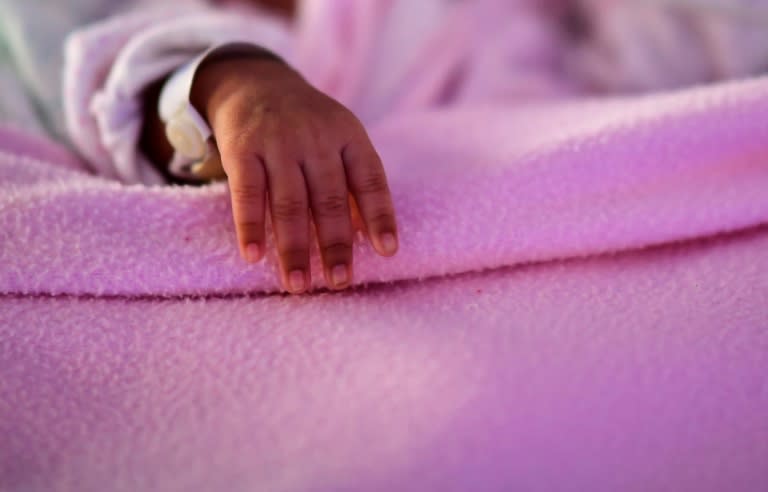 Paris (AFP) – Doctors in France have described what they said was the first confirmed case of a newborn infected in the womb with COVID-19 by the mother.

The baby boy, born in March, suffered brain swelling and neurological symptoms linked to COVID-19 in adults, but has since recovered, they reported Tuesday in the journal Nature Communications.

Earlier research had pointed to the likely transmission of the virus from mother to foetus, but the study offers the first solid evidence, said senior author Daniele De Luca, a doctor at Antoine Beclere Hospital near Paris.

“We have shown that the transmission from the mother to the foetus across the placenta is possible during the last weeks of pregnancy,” he said.

Last week, researchers in Italy said that data on 31 pregnant women hospitalised with COVID-19 “strongly suggested” that the virus could be passed on to unborn infants.

A JAMA study in March reporting on a similar number of pregnant COVID-19 patients came to a similar conclusion.

“Getting all of these samples during a pandemic with emergencies everywhere has not been easy. This is why it has been suspected but never demonstrated.”

De Luca and his team pulled together this data for the case of a pregnant woman in her twenties admitted to his hospital in early March.

Because the baby was delivered by caesarean section, all of the potential sources and reservoirs of the virus remained intact.

The concentration of SARS-CoV-2, the technical name given to the virus, was highest in the placenta, the researchers found.

“From there it passed through the umbilical cord to the baby, where it develops,” De Luca said. “That is the pathway of transmission.”

The baby began to develop severe symptoms 24 hours after birth, including severe rigidity of the body, damage to white matter in the brain, and extreme irritability.

But before doctors could settle on a course of treatment, the symptoms began to recede. Within three weeks, the newborn had almost fully recovered on his own.

Three months later, his mother is without symptoms.

“The bad news is that this actually happened, and can happen,” De Luca said. “The good news is that it is rare — very rare compared to the global population.”

Among the thousands of babies born to mothers with COVID-19, no more than one or two percent have tested positive for the virus, and even fewer show serious symptoms, said Marian Knight, a professor of maternal and child population health at the University of Oxford who was not involved in the research.

“The most important message for pregnant women remains to avoid infection through paying attention to hand washing and social distancing measures,” she said.

Others said the case study shed light on how the virus passes from mother to child.

“This report adds knowledge to a possible mechanism of transfer to the baby, via the placenta,” commented Andrew Shennan, a professor of obstetrics at King’s College London.

“But women can remain reassured that pregnancy is not a significant risk factor for them or their babies with COVID-19.”