By Mary Kekatos and Natalie Rahhal Acting Us Health Editor For Dailymail.com and Associated Press

The camp, which was not named, took a number of precautionary steps to prevent an outbreak, including requiring staff members wear cloth masks.

But it stopped short of making its campers wear face covering and many of its buildings did not have proper ventilation in buildings, the Centers for Disease Control and Prevention (CDC) revealed on Friday.

Additionally, health officials say ‘relatively large’ groups of kids slept in the same cabin where they regularly sang and cheered, likely leading to infected droplets spreading through the air.

The CDC says the findings provide more evidence that children are susceptible to contracting the virus and ‘play an important role in transmission.’

It comes as President Donald Trump pushes for schools to reopen this fall and public health officials attempt to weigh the risks of coronavirus spreading among students versus the risks of having them miss out on in-person learning. 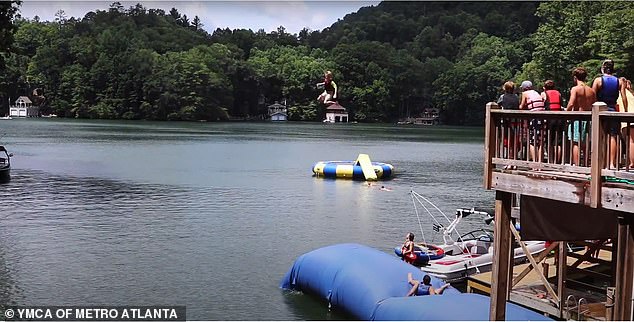 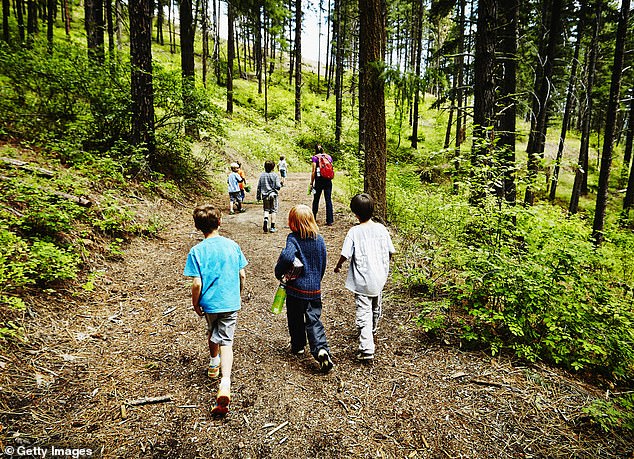 Camp employees were required to wear cloth masks but campers were not. About 51 percent of those who tested positive were under age 10 (file image)

According to the report, the camp held an orientation for 120 staff members and 138 trainees in mid-June.

On June 21, the 250 employees were joined by three senior staff member and 363 campers ranging between ages six and 19.

Within a week of arriving, a teenage staff member developed chills and left the camp on June 23, the report said.

The next day, the teen tested positive for COVID-19, the disease caused by the virus.

That very same day, the camp began to send people home and alerted the state’s Department of Public Health the next day before shutting down on June 27.

The health department recommended anyone who attend the camp be tested for the virus and self-quarantine.

If anyone tested positive, they were told to isolate.

Out of 597 campers and staff, results were available for 344 people and 260 – about 44 percent – were confirmed positive.

The highest percentage of positive results was seen among campers with 51 percent of those testing positive aged six to 10.

Forty-four percent of those infected were in the 11-to-17-year-old group and one-third were between ages 18 and 21.

Officials recorded information about symptoms for only 136 kids. Of those, 100 reported symptoms – mostly fever, headache and sore throat.

The CDC said that while everyone submitted documents showing they had tested negative for COVID-19, students were not require to wear face masks, just staff.

Additionally, the report noted that campers slept in not well ventilated cabins and participated ‘in a variety of indoor and outdoor activities, including daily vigorous singing and cheering.’

‘Settings, like multi-day, overnight summer camps, pose a unique challenge when it comes to preventing the spread of infectious diseases, considering the amount of time campers and staff members spend in close proximity,’ the CDC said in a statement.

A teen staff member first came down with chills on June 22 and the camp was ultimately shut down on June 27. Pictured: A camp at Lake Burton in Georgia in 2017 where the outbreak is believed to have occurred 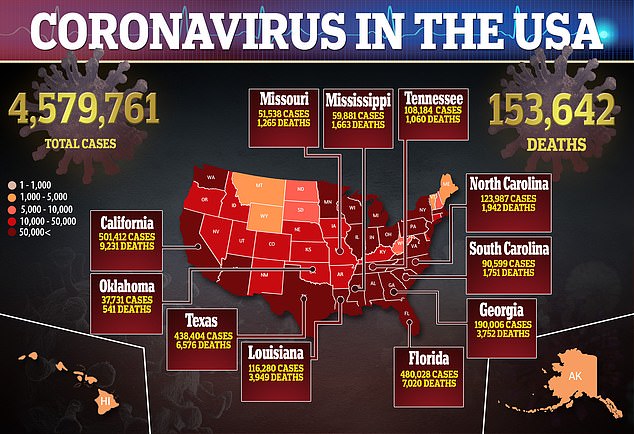 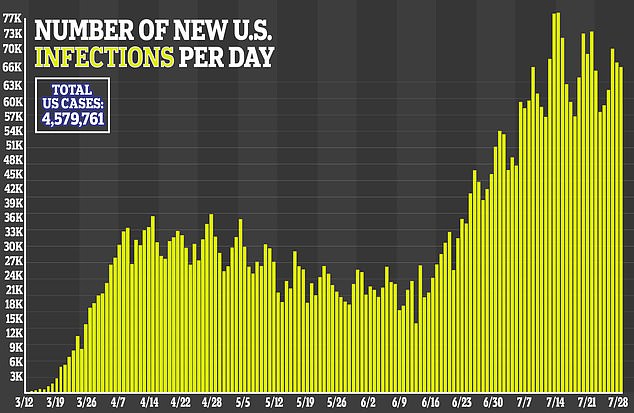 Although the name of the camp wasn’t given in the reports, the timeline appears to line up with an outbreak that occurred at the YMCA’s Camp High Harbor on Lake Burton in Rabun County, near the state’s northern border with North Carolina.

According to WSB-TV, the YMCA camp was also only open for four days before closing due to the virus.

Under an executive order by Gov Brian Kemp, overnight summer camps were allowed to open in the state on May 31 as long all campers and staff members tested negative before attending .

Dr Andrew Noymer, an epidemiologist at the University of California at Irvine, told The Washington Post that the report shows that schools should not open in the fall

‘To me, this is a significant weight added to the side of the scale that says close the schools,’ he said.

Although children spend more time together at overnights, he added: ‘It’s solid evidence to suggest we should be extremely cautious about opening schools.’

In its statement, the CDC also said properly wearing face masks, social distancing, rigorous cleaning and hand-washing can prevent the spread of the virus.

These were included in the agency’s recently released guidance to reopen US schools. 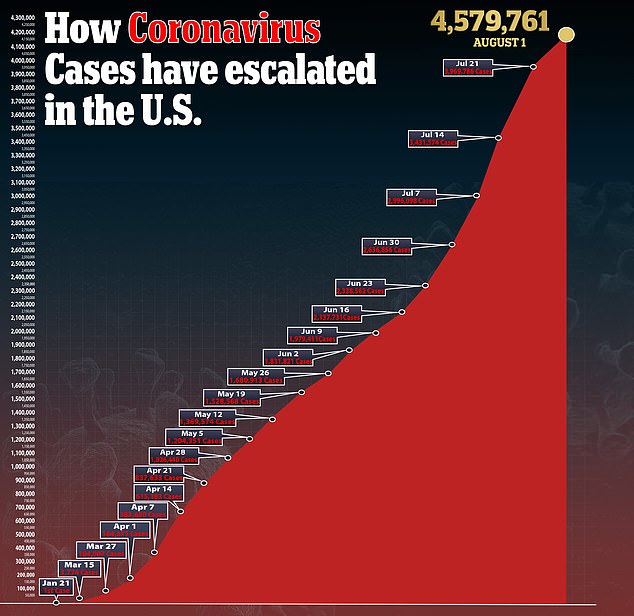 [ad_1] Up to eight in every 10 coronavirus-related deaths in the U.S. have involved …