April 23, 2021
Home Health News An entire region in California is out of ICU beds as COVID-19 surges – New York Post 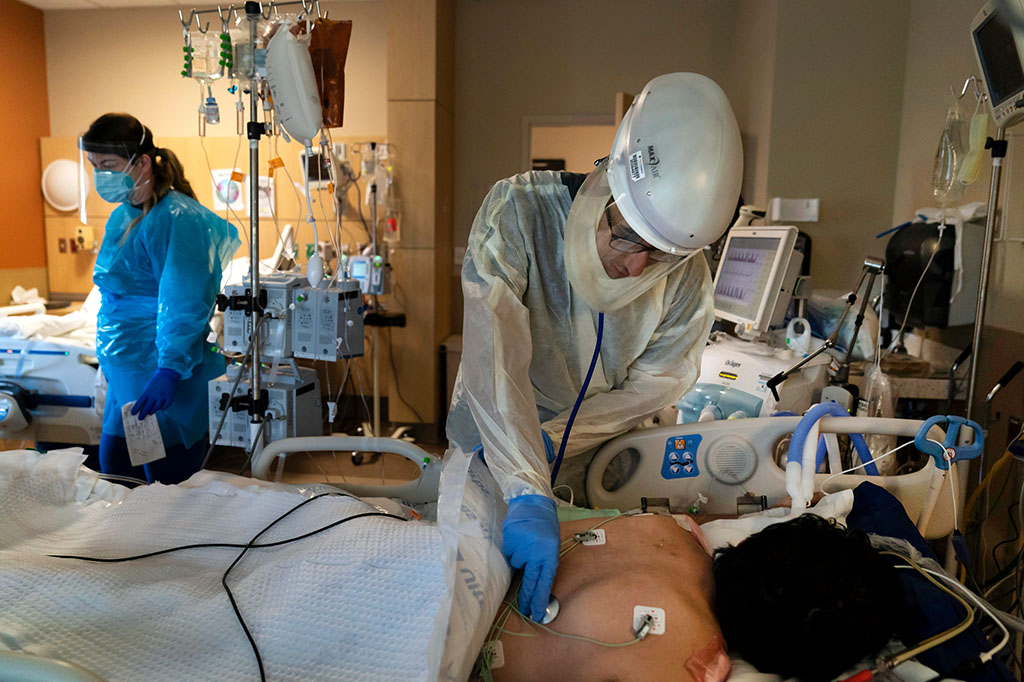 A 12-county region in California is out of ICU-bed capacity as a second wave of COVID-19 ravages the state’s rural Central Valley.

San Joaquin County, an agriculture hub where the majority of fruits and vegetables in the US are grown, has been hit particularly hard in recent weeks.

ICU capacity at all seven hospitals in the county stood at 100 percent on Saturday, the highest rate anywhere in California, according to the state’s Department of Public Health.

A team of 17 nurses is expected to arrive Monday at one local hospital that has built a second ICU area where it plans to take in coronavirus patients from San Joaquin County’s six other overflowing hospitals.

Many of the patients are Latino farm workers.

A doctor at Adventist Health Lodi Memorial hospital in Lodi, which is about 100 miles east of San Francisco, said that during the first COVID wave in the spring, 75 percent of patients were Latino.

The hospital investigated the trend and found COVID warnings were not reaching many in the community, because of a lack of trust in the hospital staff and government.

“We don’t have the same culture and the rigidity around following the guidance here than, for example, San Francisco [has]. We need to educate, educate, as much as we can so we can get some relief,” Dr. Patricia Iris said.

“There’s just no rhyme or reason to some of these things and certainly no data,” Patrick said.

At least one restaurant, Denis’ Country Kitchen, has stayed open despite the mandate.