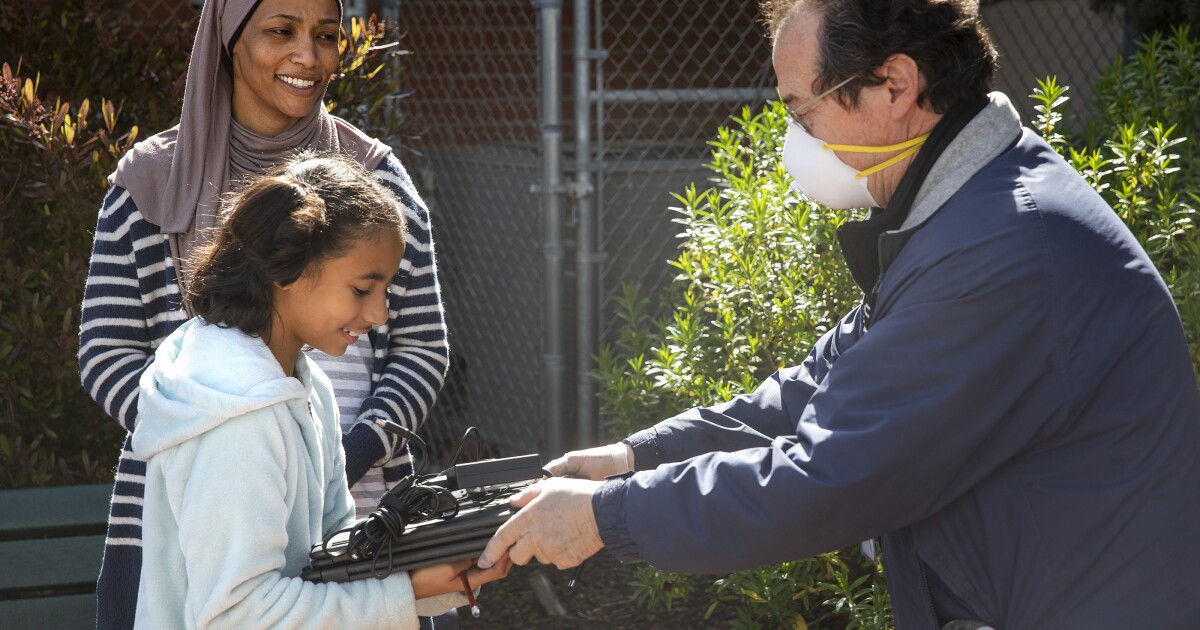 Faced with a major jump in both coronavirus deaths and cases in California over the last two days, officials warned of significantly worsening conditions over the coming weeks as the virus spreads dramatically and hospitals fill up.

The number of coronavirus cases in California topped 4,000, but that number is expected to skyrocket as testing expands. Eighty-three people have died.

Confirmed cases in Los Angeles County rose by more than 50% in a single day, reaching 1,200. Nine new deaths were reported in the county, bringing the virus’s toll to 21.

Of the people in Los Angeles County who tested positive, 253 — or roughly 1 in 5 — were hospitalized at some point, said Barbara Ferrer, director of the L.A. County Department of Public Health.

If each person who has tested positive for the virus infected two others, Ferrer said, “within a few weeks, there could be over a million people that would be infected in L.A. County.” Los Angeles officials have ordered all those who have tested positive for COVID-19 to self-isolate, along with those in close contact with the infected.

“These are not numbers, these are neighbors,” Mayor Eric Garcetti said. “There is no projection in which a couple weeks from now, we’re doing fine. This will be tough.”

Garcetti and other officials said the next few weeks are going to be challenging.

“A week or two from now, we will have images like we’re seeing in New York here in Los Angeles.”

New York, the national epicenter of the coronavirus crisis, has had 385 deaths, more than four times as many as California. Hospitals there need thousands more ventilators to keep the most seriously ill COVID-19 patients breathing.

Silicon Valley could see a coronavirus-related death toll of 2,000 to 16,000 by the end of May, depending on how seriously people take the order to stay at home, according to projections presented at a San Jose City Council meeting this week.

The thinking behind the rough estimates illustrates why health and elected officials across California have sounded the alarm about the exponential rise in coronavirus cases reported since the beginning of March. Multiple officials in the state, including San Francisco’s director of public health, Dr. Grant Colfax, have warned about a surge in gravely ill coronavirus patients needing hospitalization in the next week or two.

“Even in the best-case scenario, we were looking at the order — in the next 12 weeks — of 2,000 potential deaths directly from COVID-19,” San Jose Deputy City Manager Kip Harkness said Tuesday of an estimate of the projected death toll for Santa Clara County, California’s sixth most populous county.

Harkness emphasized the projections he presented are rough and the county is working on a more detailed and robust estimate. “But given the urgency of the situation, we have decided to share [these] preliminary results with you and the public today, in order to derive the action that is needed to save lives.”

Nicholas Jewell, a biostatistics researcher at UC Berkeley who has been tracking the pandemic, said COVID-19 is spreading rapidly throughout the U.S., at a rate quicker than or on par with countries hit the hardest.

While California continues to try to gain a clear picture of the outbreak, Jewell said, the expected surge does not mean physical distancing and shelter-in-place orders aren’t working. There is still hope that the aggressive social distancing restrictions imposed across the state could make a difference.

“We knew going in we will not see any impact of shelter in place for at least two to three weeks,” he said. “We have to be patient at this point and stay the course.”