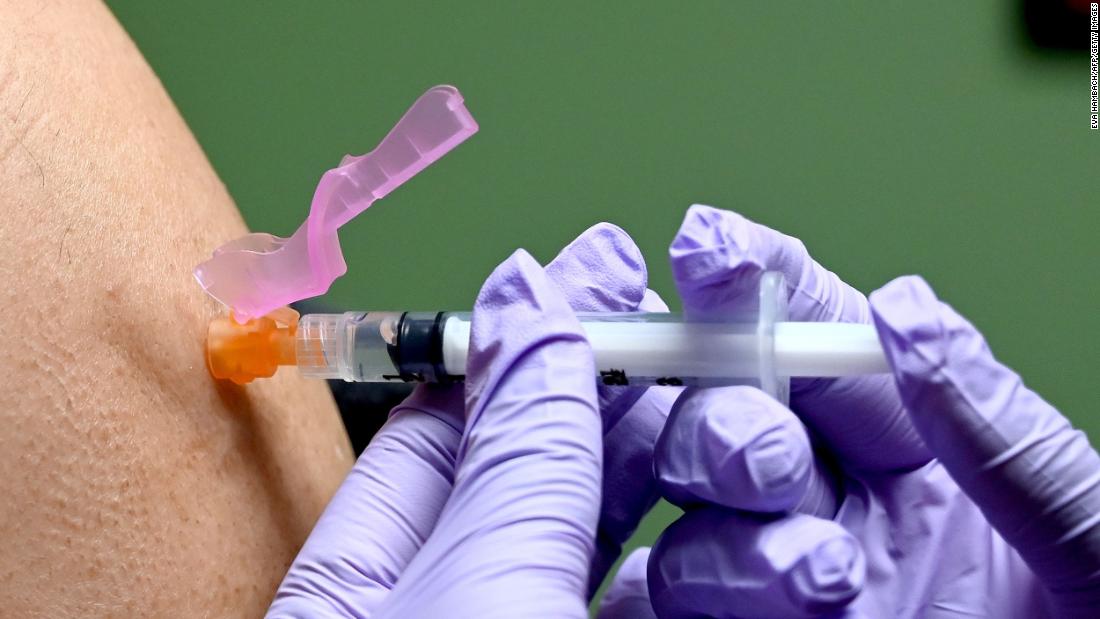 “This could be one of the best flu seasons [we’ve had],” Dr. Robert Redfield, director of the US Centers for Disease Control and Prevention, told the Journal of the American Medical Association in August. “Particularly if [people] do one more thing, and that is to embrace the flu vaccine with confidence.”
It’s never been more important to keep flu at bay, since this fall and winter there will be Covid-19 outbreaks in addition to the flu.
Along with getting a flu shot, Redfield urged people to wear masks, social distance, wash their hands and be smart about crowds.
If Americans choose not to follow the advice, he told WebMD, the nation could experience the “worst fall” in US public health history.

An easy flu season in the Southern Hemisphere

The Southern Hemisphere, which generally has its flu season generally from April to September, just experienced a record low flu season, according to the World Health Organization.
Take Australia, for example.
In August 2019, there were 61,000 laboratory confirmed cases of influenza in Australia.
In August 2020, there were 107.
“This is virtually a non-season,” said Ian Barr, a professor of microbiology and immunology at the University of Melbourne. ”We’ve never seen numbers like this before.”
South Africa and the southern cone of South America have had similar experiences.
“Where you would expect to have seasons — like in Chile, like in Argentina — we didn’t really see a season this year,” said Dr. Andrea Vicari, an adviser on epidemic-prone disease for the Pan American Health Organization.
Covid-19 is much of the reason.
Flu season in the Southern Hemisphere started just as Covid-19 hit. All the precautions people took to control the new virus — staying home, practicing social distancing, wearing masks — also helped keep flu numbers low.
“Many of the physical distancing and public health measures that have been put in place, which keeps people apart, may have actually played a role in reducing circulation of the [coronavirus],” said Maria Van Kerkhove, the World Health Organization’s Covid-19 technical lead.
Vicari said Covid might have also influenced people to get flu shots.
“If we compare to previous season, I think there was quite a bit more urgency in terms of influenza vaccination,” he said.
He said it’s also possible that a significant number of people already had immunity to the flu viruses in circulation this year in the Southern Hemisphere.

Implications for the Northern Hemisphere

Infectious disease experts warn that an easy flu season down under does not mean the US will necessarily be as fortunate.
“It’s very hazardous to make predictions about influenza,” said Dr. William Schaffner, an infectious disease specialist at Vanderbilt University Medical Center.
He said even with low amounts of flu in the Southern Hemisphere, he’s still concerned about a “twin-demic” of flu and Covid-19, which could cost lives and put a strain on the health care system.
A look at hospitalization numbers show the burden of two viruses at once.
It’s estimated that for the 2019-2020 US flu season, between 410,000 and 740,000 people were hospitalized for flu.
Since March, at least 372,217 people have been hospitalized in the US for Covid-19, according to figures from the Covid Tracking Project. And a model from the Institute for Health Metrics and Evaluation at the University of Washington projects a 170% increase in hospital bed use for Covid-19 patients from now until January 1.
“From a resource standpoint, it’s the worst possibility,” said Michael Osterholm, director of the Center for Infectious Disease Research and Policy at the University of Minnesota. “It’s really a perfect storm.”
That’s why a flu shot this year is especially important.
“By getting that flu vaccine, you may be able to negate the necessity to take up a hospital bed, and then that hospital bed can be more available for those who potentially get hospitalized for Covid,” Redfield told WedMD.
Just getting the right diagnosis could be tough, since symptoms for flu and coronavirus are very similar.
“We won’t be able to distinguish immediately between whether somebody has flu or whether somebody has Covid,” WHO’s Van Kerkhove said.
Doctors will need to do more testing than usual, but tests for both flu and Covid-19 are imperfect.
Plus, outbreaks of both viruses could mean shortages of personal protective equipment for health care workers.
“That is really going to drain our PPE stocks very quickly,” Osterholm said.

Plans for flu shots this year

The US Centers for Disease Control and Prevention recommends that everyone age 6 months and older get a flu shot.
Flu shots work: In the 2018-19 US flu season, the vaccine averted more than 4 million illnesses, 2 million doctors’ visits and about 58,000 hospitalizations and 3,500 deaths, according to the CDC.
Redfield said the CDC has purchased 10 million doses of the flu vaccine for uninsured adults this year, compared to the usual 500,000 doses.
“Please don’t to leave this important accomplishment of American medicine on the shelf for yourself, your family, your church, your workforce,” he said in an interview with WebMD.
But the increased supply doesn’t mean Americans will be rushing out to get a flu shot.
Historically, only about 45% of US adults and 63% of children get vaccinated against the flu, according to the CDC.
This year, there are unique obstacles.
About a third of US adults and 80% of children get their flu shot at a doctor’s office, according to a 2018 CDC study.
This year, many people are hesitant to go to the doctor for fear of catching Covid.
Nearly 15% of adults got their flu shot at work, according to the study. This year, many people are working from home.
“It’s going to be a challenge,” Osterholm said, “How are we going to get our flu shots out?”
To help more children get vaccinated against the flu, in August, the Trump administration authorized any state-licensed pharmacist to administer the flu shot to children starting at age 3.
Schaffner said he’s particularly worried about communities of color, where coronavirus has already caused a disproportionate amount of sickness and death.
“We would like to really extend influenza immunization into communities of color and lower socio-economic areas, and those communities very traditionally have been vaccine wary. They’re not anti-vaccine — that’s a different group — they’re just not as convinced about the merits of vaccination. It’s harder to reach them,” Schaffner said.
The National Foundation for Infectious Diseases and other organizations are starting to get the word out to encourage people to get people to accept flu vaccination, he says.
“We wish to reach those communities of color and underrepresented minorities with even more intensity, but we’re not a whole lot smarter about how to do that, unfortunately,” Schaffner said.

[ad_1] In a growing consensus, religious leaders at the forefront of the anti-abortion movement …