January 29, 2023
Home Health News A woman linked to the Coronavirus outbreak at a wedding reception in Maine has died – CNN 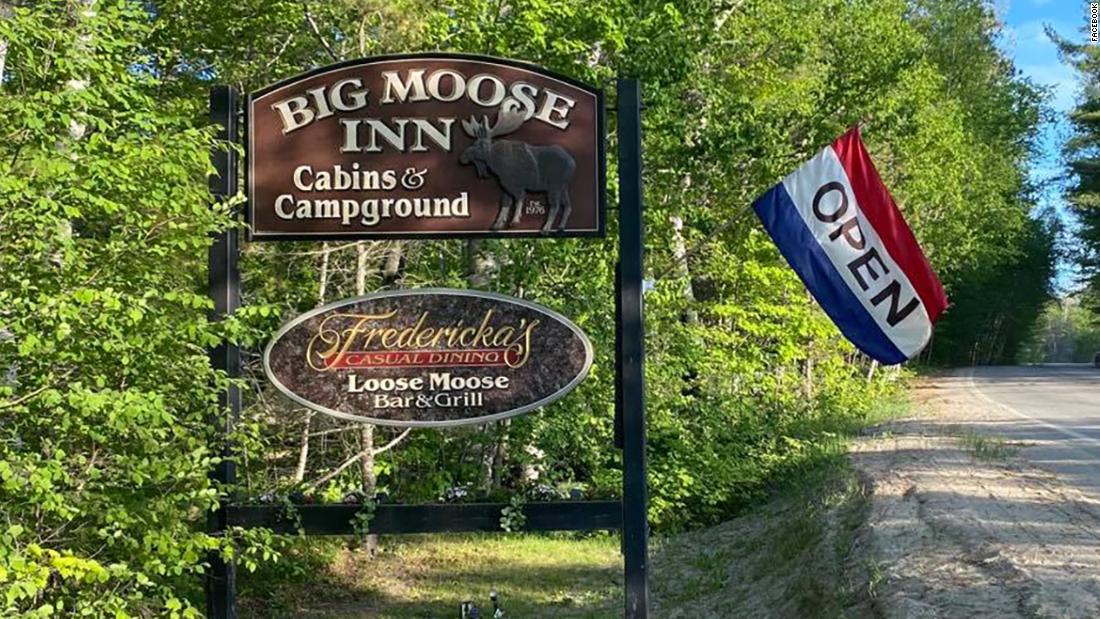 The woman, who wasn’t named, is linked to a Coronavirus outbreak that the Maine Centers for Disease Control is currently investigating from a large social gathering held on August 7.
“We are sorry to share that this patient passed away early [Friday] afternoon,” Robert Peterson, CEO of Millinocket Regional Hospital, said in a statement on Friday. “Our thoughts and sympathies are with her family as they cope with this difficult loss.”
This is the first death linked to the outbreak that stemmed from a wedding ceremony and reception held in the Millinocket area. On Thursday, officials said that there were 32 positive cases associated with the gatherings. The hospital added that this was their only inpatient admission linked to this outbreak. All other individuals who tested positive were given care instructions and told to quarantine.

“I just want to remind everyone that as our investigation continues, we keep our focus on the care and well-being of those who are ill,” Maine CDC Director, Dr. Nirav Shah said on Thursday. “That is, at the end of the day, what an epidemiological investigation is about. It involves helping people who are sick and helping prevent others from becoming sick.”
The wedding guests attended a reception at Big Moose Inn, according to the Maine CDC. The Big Moose Inn is a 37-acre property that includes a restaurant, cabins and campgrounds near Baxter State Park. The inn has hosted weddings since the 1970s and can accommodate 100 guests in their Fredericka’s Restaurant, according to their website.
Shah said they are investigating other points of connection with the group including the ceremony that was held at Tri Town Baptist Church.
The Maine CDC said the wedding reception had approximately 65 guests, which is a violation of the state’s requirements for large gatherings that is currently capped at 50 people for indoor events. On Thursday, the Maine CDC said they delivered an imminent health hazard citation to the owners of Big Moose Inn for this violation.
“It is an official notice from the agency that they have not aided to one or more health-related regulations,” Shah said. “When it was delivered the the owners they did agree to comply to all these issues they were cited for going forward.”
He added that there isn’t a financial penalty associated with the citation, but there could be if there is further evidence of noncompliance.
CNN reached out to Big Moose Inn for comment and did not receive a response.

Of the 32 cases, 26 are confirmed and six are probable cases, according to Maine CDC on Thursday. The median age of confirmed cases thus far is 42 years old, with a range of those who have tested positive spanning from 4 years old up to 78 years old. A total of seven cases are among children under the age of 18.
Of the cases that have been detected, 87% have been individuals who are symptomatic.
“At this phase of the outbreak investigation, that is not an atypical finding,” Shah said.
Previously the agency announced that six cases were from individuals that didn’t attend the event but who had close contact with reception attendees.
“What I think is really important about this situation is that it is another reminder that Covid-19 exists everywhere in Maine and it can spread really quickly when large groups of people gather,” Shah said previously about this case.
The agency is conducting contact tracing for guests, staff and people who might have had close contact with individuals with confirmed cases. They encourage anyone who attended the event and has symptoms to contact their health care provider.

CNN’s Laura Ly and Dave Alsup contributed to this report.

[ad_1] There are just 12 available intensive care beds in the entire state, according …