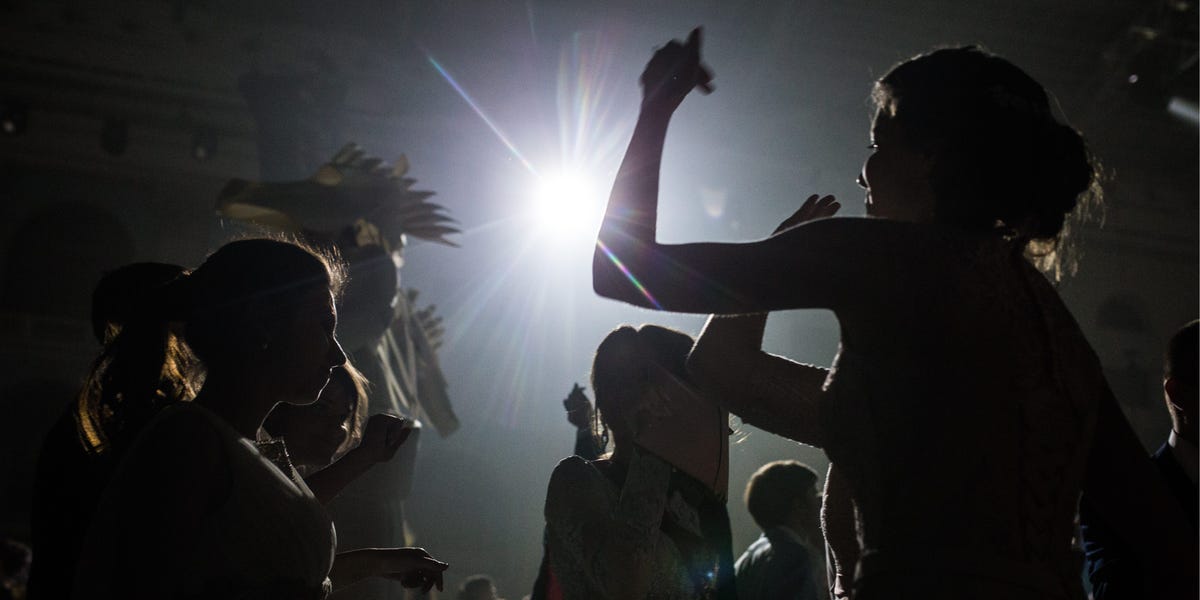 Mount Carmel High School students threw the event on August 4 and at least five attendees have tested positive for the virus,  NBC News reported. On Thursday, local health officials issued a statement on Facebook warning the individuals who attended the party.

“If you attended a “mini-prom” at the Anderson Building in Mount Carmel, IL on August 4, 2020, you could have been exposed to multiple confirmed positive cases of COVID-19,” Wabash County Health Department wrote in the statement.

Wabash County Health Department Administrator, Judy Wissel, told NBC an additional 40 people have quarantined after being exposed to the virus from those who tested positive. She told the outlet that the students planned the event because their prom was canceled due to the pandemic. She also said that the student attendees did not have face masks on in any of the photos she has seen from the party.

According to NBC, attendees posted pictures on Instagram, with some using the hashtag #quarantineprom.

“It was just a sub-group of kids who got together to have a prom,” Wissel told the outlet. “I’m not sure if parents had a role or helped it at all make it come together.”

The “mini-prom” was not greenlit by local school officials, according to the report. Wabash Unit Community Schools Superintendent Chuck Bleyer told NBC that the event had “no school affiliation.”

“I don’t know who organized the event or how many attended,” Bleyer said, according to NBC News.

Since the start of the pandemic, many traditional high school events were canceled to prevent the spread of coronavirus. In following CDC and local health official guidelines, some students planned virtual zoom proms, while others hosted at-home prom parties.

A Nevada county mailed out 1.3 million ballots for its primary election but 1 in 5 were never delivered

Bolivia’s lawmakers have approved ‘Miracle Mineral Solution’ — a toxic bleach — as a treatment for COVID-19. Only the president can stop it becoming law

[ad_1] The coronavirus was likely spreading in New York City as early as February, …