February 05, 2023
Home Diet Plan A personal meal plan can save your sanity this year – CNN 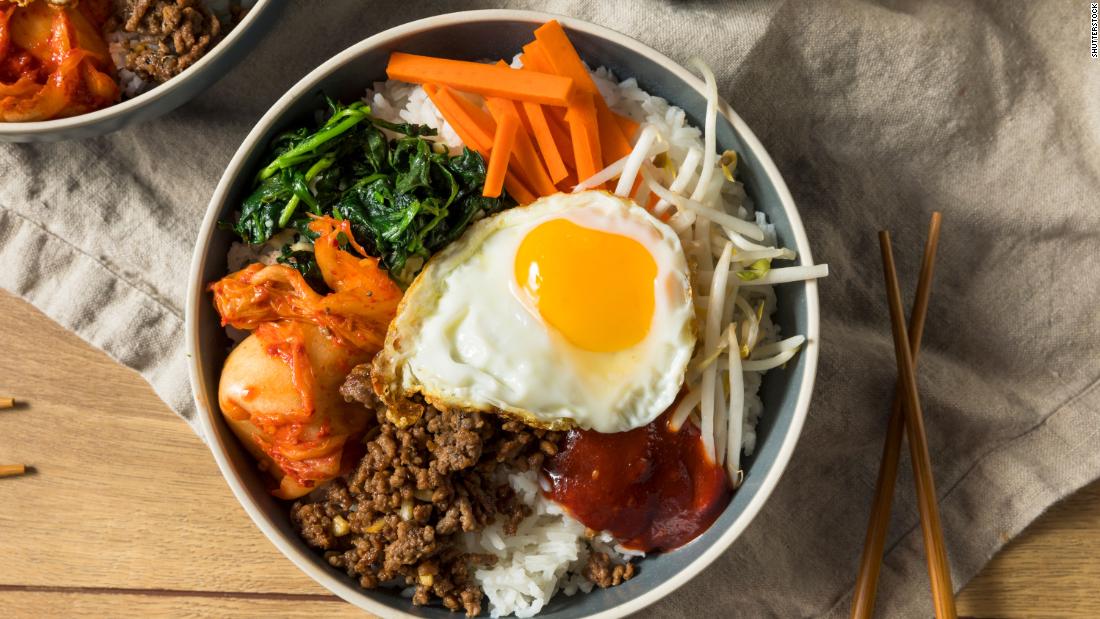 No matter if you’re a bunch of picky eaters, trying out a semivegan or other plant-based diet for 2021, or just hoping to be more organized in general: There is a way to make a meal plan that works for you.
Here’s how to set up your personal meal plan to suit your family’s style and get the habit to stick, and even budget for the night when you just. Cannot. Wash. One. More. Dish.

Find the meal-plan style that works for you

“The first question you have to ask yourself is: How much do you like cooking?” said Debbie Koenig of Queens, New York, creator of The Family Plan, a weekly meal planning subscription aimed at families.
Your meal plan, while aspirational in some respects, will be most successful if it accurately reflects the reality of your regular schedule and family lifestyle. And for most families — even those with professional cooks in the house — having a freshly prepared meal on the table every single night is not feasible.
Koenig plans week by week, with a “cook once, eat twice” strategy that front-loads the week with meal prep. “I always plan to have bigger cooking episodes on Monday and Tuesday and intentionally make double the amount of certain foods so I have leftovers to play with,” she explained.
For example, she roasts two chickens or whole cauliflower heads at once, knowing some will be eaten that night and the rest will go into tacos and soup later in the week. “If you spend some time up front, the rest of the week is much easier,” she said.

If even the idea of mapping out multiple ways to use up chicken seems like a big step, not to worry. Start with a dinner plan and work your way up.
“There’s no magic bullet that makes somebody disciplined,” said Emily Peterson, a chef and culinary instructor in Parsippany, New Jersey, who has been building out her meal planning strategy for five years. Peterson started out meal planning her family’s dinners, then added lunches and then breakfasts as she felt more comfortable with the process.
The dinners remain the linchpin of her meal planning template. Each day of the week has a theme: Sunday is a big-batch roast or casserole that can make leftovers for the week, Monday is Asian, Tuesday is fish and so on.
Having a category for each day gives Peterson structure so she can theoretically map out an entire month’s worth of dinners, but lets her “build in opportunities for spontaneity,” like buying fresh clams for dinner instead of thawing frozen shrimp without wrecking the meal plan.
Once you have the basics of your meal plan style, you can expand on what’s working for you and plan for two weeks at a time, or even a whole month ahead.
My personal monthly meal plan template follows the same basic ideas:
How you choose to organize your meal plan is also a matter of personal preference. If you need to see everything spelled out as a visual reminder, hang a whiteboard or chalkboard on the fridge. If Excel spreadsheets help you feel more organized, keep your information there. (You can also print out your Excel sheets and put them on the fridge, too.)
You can download a printable version here.

Get the meal-plan habit to stick

Build a repertoire of go-to, fail-safe recipes. This won’t happen immediately, but you can start by listing some of your family’s favorite dishes as a base for a rotating list of recipes to plug into the meal plan.
Koenig saves all the weekly menus from The Family Plan and keeps notes on which recipes had the best responses from both her subscribers as well as her husband and son. “If my family loved something, I will include that more often,” she said. “If you end up with 48 to 50 recipes that are solid, you’re good for a couple of months.”
Give yourself nights off. The easiest way to avoid meal plan burnout is to include breaks from cooking in the plan itself. “Our meal plan includes one night a week of ordering in — I don’t cook seven nights,” Koenig said.
Budget for a couple of takeout nights throughout the month. It doesn’t have to be an extravagant dinner every week, but make sure you’re building in a reward system for your work. Or if you love using a meal kit service like Hello Fresh, incorporate it into your plan a few nights a week.
Make the meal plan an actual family affair. You don’t have to do it alone unless you really want to. Have a partner or older child cook at least one meal a week. With the meal plan established and recipes in a convenient place, “if my husband finishes work before I do, he can get started,” Koenig said. “He doesn’t need me to tell him what to do.”

A calmer life and better budget

Quite simply, once you have established a meal plan routine, you’ll be saving both money and sanity.
Before meal planning, “I could spend $3,000 a month on groceries and not be aware of it,” Peterson said. “Even though I’m a chef and a mom and work hard, I couldn’t justify the amount of money that was leaking through.” She has since worked her monthly grocery budget down to $800 for a family of three, including budgeting for holidays and splurge meals.
After years of fighting with her now-14-year-old son over his picky eating habits, Koenig credits meal planning with bringing peace to her family’s mealtimes. “I guaranteed him I would have three nights a week where (dinner) is an absolutely easy win for him,” she said.
Instead of complaining or trying to change the plan, “he doesn’t put up a fuss because it’s written and it makes it official. It has eliminated those battles completely.” Koenig’s son even makes his own chicken cutlets as part of the meal plan.

Meal planning is a constant work in progress, and not every week’s lineup will be a winner. Even I mess up and schedule too-similar meals too close to one another or throw up my hands one day and say “I don’t care! I really want to go get a burger!”
Think of your meal planning skill as a muscle group that you’re trying to strengthen, and don’t be discouraged after the first week — or month. It takes some time to get into the groove, but the up-front work pays off in convenience down the line.

Casey Barber is a food writer, photographer and illustrator; the author of “Pierogi Love: New Takes on an Old-World Comfort Food” and “Classic Snacks Made from Scratch: 70 Homemade Versions of Your Favorite Brand-Name Treats”; and editor of the website Good. Food. Stories.