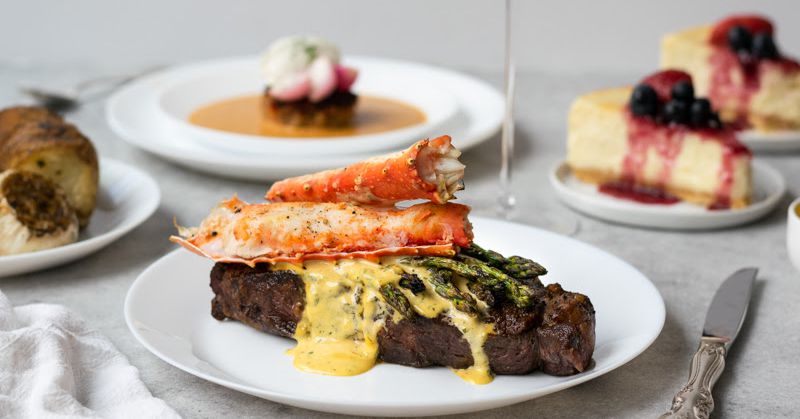 Meal kits have soared in popularity during the pandemic as a safe, cost-effective way for people to eat as health experts advise that COVID-19 makes indoor dining risky. Even high-end restaurants like Alinea and Ever are selling cold food to customers with reheating instructions. As restaurants enter new territory, Kitchfix, which has specialized in meal kits for eight years, is moving in a different direction. The company wants to compete with restaurants.

Kitchfix started in 2012 in West Town and also had a Gold Coast storefront. They employ a dietician who can come up with a meal plans for those with pre-existing health conditions or people who want to lose weight. Founder Joshua Katt mentions anti-inflammatory diets and cancer patients who want to ensure they’re eating properly. The company has also caters meals for pro clubs like the Chicago Cubs and Texas Rangers. Cubs star Anthony Rizzo even offered an endorsement earlier in December via Twitter.

Katt says athletes are more concerned about what goes into their body compared to the average human, but other than that “they eat like normal people, they eat tasty delicious food.”

In October, Kitchfix began an extended pop-up called “the Stay-In Steakhouse,” a concept that’s not as nutrition focused as the company’s traditional offerings. Customers order via Tock for pickup or delivery and it’s more indulgent with grass-fed ribeyes, filets, and New York strips from Red Top Farms in Wisconsin. Menu options include fully cooked steaks (from $34 to $49) and sides. Many devoted steakhouse customers would object to ordering chops to go — they doubt that meat won’t arrive at the proper temperature and instead of moist and pink middles there’s worry they’ll get a tough hockey puck instead. Katt’s aware of the challenges, and he’s brought on Ian Exline, a chef with steakhouse experience at Maple & Ash and GT Prime, to oversee the operations.

Katt doesn’t want the offerings to feel mundane, and he’s eager to show Kitchfix can nail the hospitality aspect of the business with personal touches. He touts an option for the steakhouse menu, called “white glove treatment” where a rep will call up a customer and act like a sommelier to pair wines that would arrive via Foxtrot delivery. Other touches include customizing a Spotify playlist for dinner.

The pandemic has forced other steakhouses into a takeout model. Most notably, Gibsons Steakhouse has launched a robust online operation where they also sell raw meats for the home cook. The experience in serving meal kits for the past eight years gives Kitchfix an advantage. They’ve had time to troubleshoot and Katt feels they can deliver a better meal. Katt says the steakhouse and other operations will demonstrate that prowess while expanding the brand in a way that doesn’t compete with existing services. For example, they’ve partnered with Chicago’s superstar butcher Rob Levitt (Publican Quality Meats) on a turkey sausage they’ll feature in a variety of meals. There’s also an upcoming collaboration with chef Bill Kim (Belly Shack).

“People can do it in a way that creates a really tasty product at home; you can do it well,” Katt says. “We’ve done that, we’re really good at it.”

There’a also plans for a Valentine’s Day pop-up in February.